#Science (text)books that changed your life

A new initiative to modernize and consolidate Virology teaching materials has made me think of the books that most influenced me during my undergraduate years.

I have recently come across what I consider to be a wonderful project: Innovirology, which aims to consolidate all of the training materials and techniques that are currently used by European virologists, teachers, trainers and experts. As stated in the website, the materials contributed will be used in “online Virology courses, social and interactive applications and educational games for teachers and the general public, and the establishing of a European diploma of virology”.

The ViroTeam is made up of eight core participants from Spain, UK, Italy, Belgium, France, Germany, Poland and Serbia, and the initiative - which is funded by the European Union through the Erasmus+ program - hopes to improve and modernize the teaching of Virology, developing new strategies to engage the XXI century student and beyond. Everybody who feels they can contribute is encouraged to apply to join in the efforts of bringing Virology to future generations of virologists and members of the public. In today’s renewed Europeism (at least in some parts of Europe), this inclusive initiative is one of the most exciting educative endeavours I have heard of in a long time – I admit both my virologist bias and my envy for the students of tomorrow!

I first came across this initiative through a Tweet referring to a talk by Rob Lavigne (@RobLavigne1), who is one of the ViroTeam members, and this made me reflect on the materials that had an impact on me when I was studying. Beyond the more obvious Alberts Molecular Biology of the Cell and the like, I vividly remember two books –so great that they were worth investing my meagre student funds on! The Spanish edition of the Rawn Biochemistry (ISBN: 9788476154281) with its cool stereoscopic 3D glasses, and the wonderful second edition of Immunobiology by Janeway & Travers (ISBN-10: 0815320442). 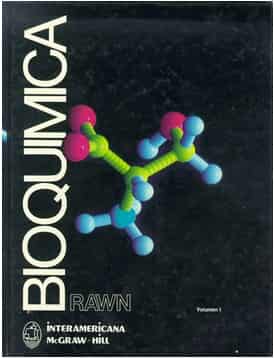 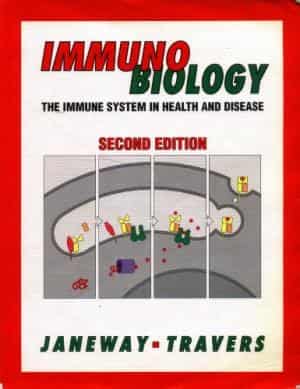 Both were very didactic and revolutionary at the time (imagine that)! Much more engaging in my opinion than the drier Stryer biochemistry and Abbas immunology books that some of my fellow students had to use to study, as I made quite clear to them. I liked Immunobiology so much that I even emailed Charles Janeway to tell him, and years later convinced my postdoc supervisor to buy a newer edition for the lab! I think that the prominent role that immunology has in my heart, and my interest in the interface between microbe and host, stems in large part from this undergraduate book.

When I now think of the possibilities of the web, and the crucial role that educators have on future generations and the general public, I can only wish Innovirology the largest of successes. I offer to contribute my grain of sand, if the opportunity ever arises, and look forward to reading “Virology: An Interactive Guide", the eBook that they have released, as well as the lectures, games, etc, as soon as (if) they approve my application to register.

How about you? Maybe you liked the Abbas better? And surely you had other all-time favorites... Let us know below or on Twitter which textbooks/websites/etc changed your (scientific) life. Thinking ahead, I should have probably entitled this post “#Science online resources that changed your life”, but you have to admit that it would have been infinitely less catchy!

Back to From the editors
Next

I come from a mid-sized city on the northwestern coast of Spain. My interest in science initially took me to Madrid, where I finished university and received a PhD in molecular biology. In Madrid, I studied RNA virus evolution and new antiviral strategies with Esteban Domingo. I then moved to UCLA, where I focused on developing lentiviral vectors for gene therapy in Irvin Chen’s laboratory. In 2007, I made the plunge from bench to desk and joined the EMBO Reports editorial team as Reviews Editor, becoming Scientific Editor two years later and Senior Editor in 2012. At EMBO Reports, I was responsible for microbiology and immunology, among other areas, and spent many years expanding my understanding and love for all things microbial. In the summer of 2015, I joined the Nature Microbiology editorial launch team, handling all things related to virology and mycology (and for a brief while parasitology) and -after a couple of stints covering microbiology at Nature- I became the Chief Editor of Nature Microbiology in 2019. I look forward to interacting with the community and providing a venue to publish the most important advances in the field.

Ben Johnson about 3 years ago

This looks like a great initiative! I was also a big fan of Janeway - both his textbook and his pioneering research on innate immune recognition.

Another favourite of mine was the 5th Edition of Introduction to Modern Virology by Dimmock, Easton and Leppard (ISBN-10: 063205509X). This was published during my BSc (I'm now revealing my age...), replacing the classic, but fairly out-of-date, 4th edition by Dimmock and Primrose (ISBN 10: 0632034033). It came with a CD-ROM (so futuristic!) with powerpoint slides for all the figures, which I don't think I ever used, but seemed very cool at the time.

It was our recommended textbook at Warwick, most probably because it was written by our lecturers (!) - but it was a genuinely good intro to the basics.

Nonia Pariente about 3 years ago

Thanks Ben! The Dimmock et al was also a great book - my Virology was lecture-based, sans book, but I did miss having an engaging one to hand!

Despite the pandemic, let’s not give up on battling inequality
Editor
From the editors, About the Community

Despite the pandemic, let’s not give up on battling inequality

Heike Langenberg
Data makes a difference: supporting authors with COVID-19 data at Springer Nature
Editor
From the editors, Coronaviruses: past, present and future

Nicolas Fanget
Navigating the new era of COVID-19
Editor Comms Biology
From the editors, Coronaviruses: past, present and future

Navigating the new era of COVID-19