Can pollution act as a trigger of fungal pathogenic potential?

It is impossible to not be overwhelmed by the complexity, beauty, diversity, and extraordinary adaptations of fungi that help to safeguard Earth’s ecosystems. Despite this, fungi can also present a serious threat to all forms of life. Life-threatening fungal infections affect millions of vulnerable, immunocompromised individuals of all ages, worldwide. In recent decades, new emerging fungal pathogens are being discovered on a regular basis. The rise of fungal pathogenic potential has been linked to the growth of the most vulnerable population; to the intercontinental transfer of strains, due to the global mobility of people and goods; and to climate change and chemical pollution that seriously threatens the sustainability of Earth’s ecosystems.

The initial motivation for this study was to establish evidence that pollutants spread on a global scale are greatly affecting the functioning and diversity of belowground mycobiota. Studies of fungal diversity are still very much in their infancy: from the estimated 3 to 5 million species likely to exist on Earth we have only described 100,000 to date. The pace of discovery of new species is not sufficient to ensure accurate mapping how pollution is affecting fungal diversity.

How have we come to be involved in investigating this topic? We began by proving that the atmospheric persistent pollutant pentachlorophenol (PCP) is able to reach the soil of forest environments [1,2]. These early studies, which were funded by the NATO Science for Peace and Security programme, considered the soils of cork oak forests located in the NW of Tunisia. The analysis of these soils was unexpectedly challenging, yet persistence and teamwork resulted in the discovery that these soils contained both PCP and compounds derived from the PCP degradation pathway. This degradation pathway is used by the belowground fungal community - the first line of defence of the soil ecosystem. Finally, we were in a position where we were able to scrutinise the physiological cost of the trade-off between PCP degradation and survival. To increase the temporal and geographic significance of the study we decided to replicate, under laboratory conditions, a timeline of exposure to PCP pollution. We then studied the response of the fungal community along this timeline. Our results showed that cost, to fungi, of PCP exposure is high, regardless of their superior ability to degrade the biocide. The presence of PCP altered both the diversity and abundance of fungal species and, equally importantly, the presence of PCP greatly reduced the susceptibility of the community to a fungicide and triggered the secretion of proteins potentially associated with pathogenesis. We were initially sceptical yet all of the indicators we have scrutinised – genes, proteins and activities - supported the same theory. The hypothesis that exposure to PCP (or to other pollutants) may led to increased fungal pathogenicity cannot be ignored, especially as one potential outcome would be the dispersal of new airborne opportunistic pathogens that are capable of affecting both animal and plant hosts. We are now trying to understand the risk to human health posed by these pollution induced specialisation events in fungal communities. In addition we will begin the vital work of developing specific strategies to prevent the rise of fungal pathogenicity and to combat its spread!

Personal note: I am grateful to the contribution of all co-workers that have made this trip (and work) possible! My greatest appreciation goes to Celso Martins, my talented PhD student, and to my good friend and collaborator Andrew Hursthouse (UWS, UK) who was a key partner in the early stages of this line of research.

The paper in Microbiome is here: https://rdcu.be/bbTJP

A new player in thousands of years of poliovirus history

Redefining the initial steps of sexual development in malaria parasites 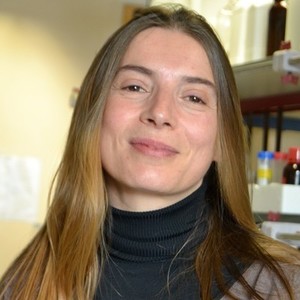 Andy Hursthouse over 1 year ago

this is a compelling and powerful argument Cris, our capability to start to probe what is a very swiftly moving target can only come from dedicated, concerted and innovative approaches. Really pleased to have been part of the journey (so far!) and supporting you and the team along the way. There is plenty more to do. I am up for that!

It also begs questions around different stressors, levels and duration. I see a lot from historical legacy (we look at AMR v environmental degradation over decades) and the need for understanding shocks from rapid and extreme exposures in the environments of some emerging economies.

The start (or rather acceleration) of a more elaborate conversation

Rui Zhang
Nature Research Microbiology Community
We use cookies to help improve your experience. By continuing to browse our website you are consenting to our use of cookies.
Learn more