It is no longer possible to be shocked by the extraordinary measures people take to squeeze into cultural constructs of beauty. In the very authoritative and credible source The Devil Wears Prada, Emily Blunt testified to this fact when she said, “I’m just one stomach flu away from my goal weight.” Incredible as it may seem to wish oneself ill, Emily’s statement reflects a long history of aspirational infirmity. Perhaps the most famous example of this is the cultural obsession with tuberculosis, or ‘consumption’, throughout the 19th century.

Somewhere between thumping hearts and quothing ravens, Edgar Allan Poe wrote, “consumption! But it is a path I have prayed to follow. I would wish all I love to perish of that gentle disease. How glorious!” (1) And, lest you think this merely another of Poe’s macabre asides, consider Byron’s take on the subject. “‘I look pale. I should like to die of consumption.’ ‘Why?’ asked his [Byron’s] guest. ‘Because the ladies would all say, ‘Look at that poor Byron, how interesting he looks in dying.’’” (2) In the 19th century, particularly in England, it was all the rage to die of consumption. Young consumptives like Keats were mythologized, and many of the literati genuinely believed that death by consumption was the decisive seal of poetic genius. As Alexandre Dumas noted, “it was good form to spit blood after each emotion that was at all sensational, and to die before reaching the age of thirty.” (3) For men, at least for men of the upper classes, consumption signified a pinnacle of sensibility, refinement, and artistic genius. These men were popularly believed to have over-worked themselves to the point of consumption. Their deaths were a testament to their artistic dedication. 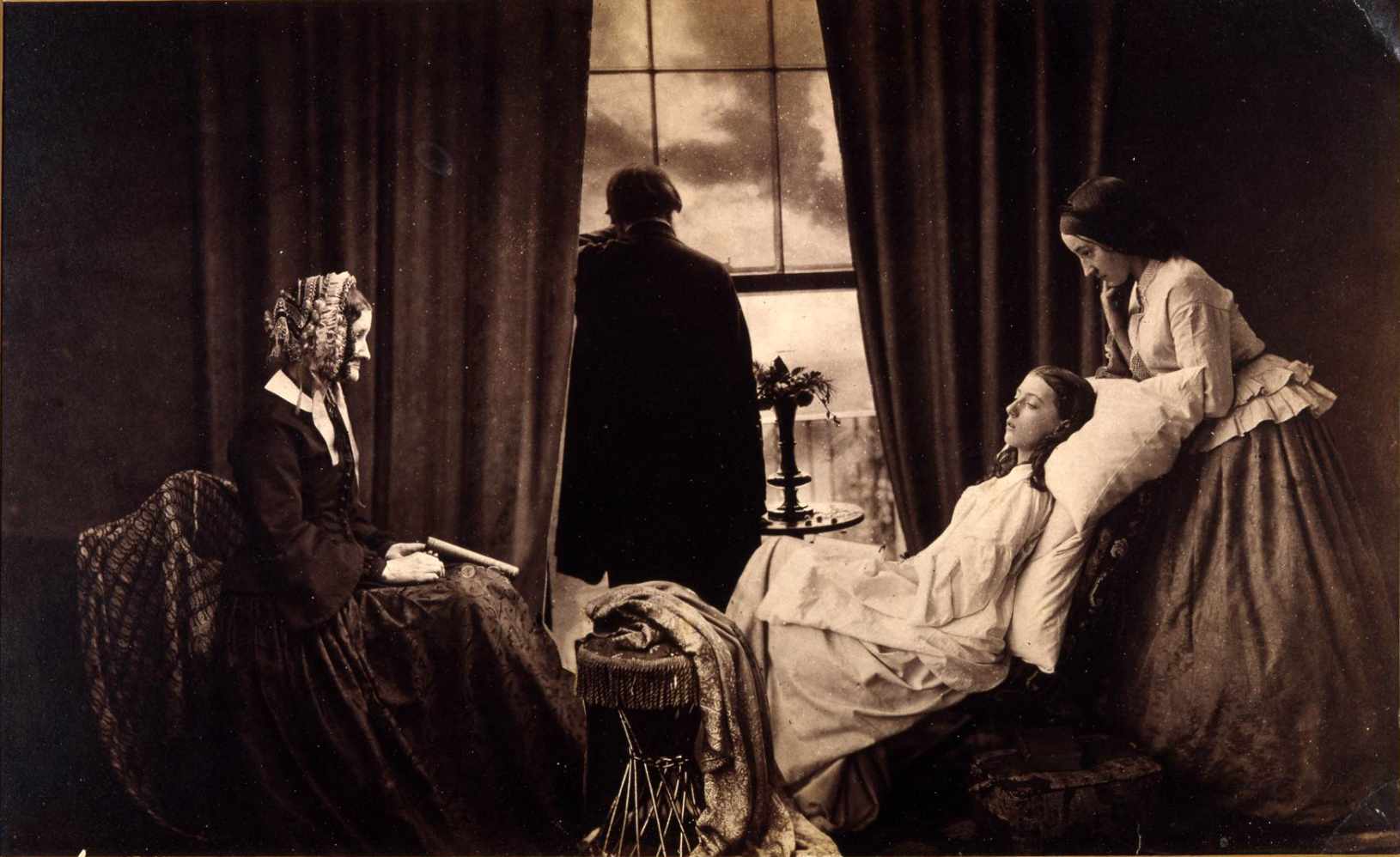 The implications of consumption were very different for its female sufferers. Afflicted women of the upper classes were viewed as beautiful, delicate, and innocent victims – in many ways the epitome of the period’s feminine ideal. For the “accepted type of female loveliness” was a “sweet-tempered dyspeptic, a little too spiritual for this world and a little too material for the next, and who, therefore, seems always between the two.” (4) Consumptive women contracted an identity acceptably within the bounds of the “angel in the house” motif, but with an added element of the mystical. While consumptive men represented the pinnacle of overworked artistic genius, consumptive women represented the ideal of a delicate and confined femininity. But this representation was not relegated to the sick bed, or even to the infirm. Througout the 1840s, fashion visibly changed in time with this consumptive ideal. Where corsets had once emphasized a woman’s chest, they became flattened in the 40s, emulating the narrow chest of consumption patients. A ‘drop shouldered’ style exaggerated a drooping of the shoulders, and sleeves became so tight fitting that they “prohibited the wearer from lifting her arm above a right angle.” (5) The drop shoulders and tight fitting sleeves mirrored the stooped shoulders and thin arms of the consumptive. Of course, it’s all a bit chicken and egg – did the physical effects of consumption change the perception of artistic genius and female beauty? Or did these effects just happen to correlate with popular ideas of genius and beauty, leading in turn to the appropriation of consumption by popular culture?

Note that the paragraphs above deal specifically with the notion of consumption in the upper classes. For lower class sufferers, the implications of consumption were markedly different. In an 1859 article, James Turnbull emphasized the relationship between consumption and depravity. According to Turnbull, “of all vices none are so apt to lead to consumption as the unnatural or unrestrained indulgence of the sensual passions.” (6) An 1851 text, “Hints on Some Relations of Morals and Medicine,” expresses similar sentiments from consumption physician Theophilus Thompson. Thompson argues that one of the main causes of consumption is dissipation. Dragoon guards, in the “listlessness of their life, and the dull monotony of drills and parades,” are particularly susceptible. (7) He likewise cites the higher incidence of consumption in prisons as clear proof of the correlation between moral and physical decay.

For the causes of consumption among women, Thompson notes that the number of cases increases in proportion to the number of illegitimate births in a given city. For it “will hardly be disputed that, in any district notorious for the number of children born out of wedlock, there will the women be least happy in condition, most exposed to hope deferred, unrequited affection, [and] bitter ingratitude.” (8) With moral depravity comes physical decay for women of the lower classes, a fact that Thompson incontestably proves with the following chart. The columns on the left show the number of deaths from ‘phthisis,’ or consumption, and the columns on the right show the respective percentage of children born illegitimately (“unavoidably from a different year,” as Thompson notes, but scientific nonetheless (9)).

Poor Paris. When considering Thompson’s chart alongside the picture above, Robinson’s “Fading Away,” it may seem like the implications of consumption for rich and poor were nothing alike. Consider, then, the following statement from Sontag’s Illness as Metaphor: “TB is a disease of time; it speeds up life, highlights it, spiritualizes it.” (10) Throughout the nineteenth century, consumption was intrinsically linked with spirituality. It could be caused by artistic exertion, feminine weakness, dissipation, illegitimate intercourse. Upper class poets became more respected, perhaps more attentive to artistic creation in the face of impending death. Women became thin and frail, with bright red cheeks and lustrous eyes – more childlike, innocent, dependent – and so almost divinely beautiful. The depraved, bereft of the means to purchase spots at sanatoriums or capitalize on artistic fame, sunk deeper into poverty and its corresponding social disgrace. Perhaps this was part of consumption’s popularity – it enhanced those aspects of humanity most associated with spirituality, morality, and the divine.

(7) Thompson, Theophilus. "Hints on Some Relations of Morals and Medicine, with Special Reference to Pulmonary Consumption." London Journal of Medicine 3, no. 29 (May 1851), 403. 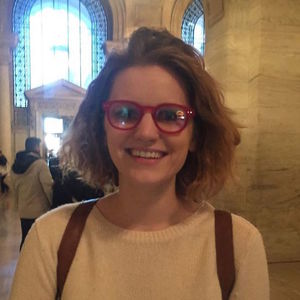 Thanks for the fascinating post Carolyn, I really enjoyed this read!

Nonia Pariente about 4 years ago

Fantastic post! I enjoyed reading this and learned a lot!

Jessie Abbate about 4 years ago

Arielle Messer about 4 years ago

Dr. Florence Mwangwa over 1 year ago

I read this two years after you posted,fascinating stuff,  i enjoyed it a lot  .!!