Can skin microbes predispose you to eczema?

Eczema or Atopic Dermatitis (AD) is a very common, recurrent inflammatory skin disease affecting nearly 1 in 5 individuals globally. While there are well known genetic risk factors, it’s clear that they don’t fully explain the disease incidence and its localization to specific body sites. Intriguingly, antibiotics and bleach baths help ameliorate symptoms in many individuals, suggesting a role for skin microbes in flare cycles. We also know that Staphylococcus aureus colonization is associated with disease flares. But are there other bacteria, viruses or eukaryotes that play a role in the disease?

To answer this question, we decided to look at the inter-flare skin microbiome in eczema patients and contrast them with a matched cohort of healthy individuals. Any differences that we observed could point to predisposing factors and help explain what triggers flares. It was quite possible also that we would see no differences suggesting that only opportunistic colonization by S. aureus was relevant. We were betting that this was not the case but to be safe we wanted to cast our net wide and use a metagenomics approach to simultaneously study viruses, bacteria and eukaryotes on skin.

The hitch was that not many studies had tried this at the point when we were planning this work (early 2014). Added to this, skin sampling yields very little DNA that is mostly contaminated by the host. So our first challenge was to establish a robust and reproducible approach for skin metagenomics. It turned out that an approach used for skin metabolomics also works well for metagenomics with appropriate care and controls. We could reproducibly detect a range of viruses, fungi and bacteria and look at genes and pathways in the community, all without breaking the bank on a large cohort. We were excited and so we plunged ahead with analyzing the clinical cohort not knowing what we would see!

Of course, we wouldn’t have this blog if the gamble didn’t work out but the insights we got were even beyond our expectations. The skin microbiome of eczema patients with apparently normal, inter-flare skin was defined by a host of opportunistic pathogens. Some of these are more commonly found in the oral microbiome. Many of them were shown by us to inhibit S. aureus colonization, suggesting that there was bacterial competition and that they were in effect “keeping the peace” in the non-flare state. On the flip side, depleted bacteria had metabolic, antibiotic and anti-inflammatory properties that suggest that they may have a protective role in normal individuals. Immune challenge assays with keratinocytes and dendritic cells further confirmed that these AD-associated bacteria have distinct functional roles. There is more in terms of S. aureus strain variations, shifts in the mycobiome and the role of bacterial ammonia production to create a predisposing niche for eczema … but for that you will have to read the paper.

Our take home message: maybe we don’t have to rely solely on steroids, emollients and antihistamines for treating eczema. Potentially pre-/pro-biotic treatments could restore microbial balance and serve as safe and effective long term alternatives. 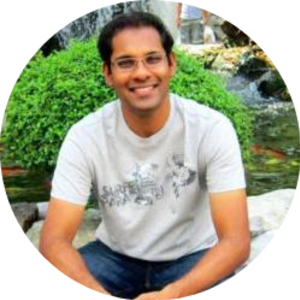 François Thomas
Nature Portfolio Microbiology Community
We use cookies to help improve your experience. By continuing to browse our website you are consenting to our use of cookies.
Learn more