In Winter of 2011 I needed to make a decision: I had been accepted for the PhD programme at Tsinghua University, and my undergraduate university allowed students to do their senior year thesis at their intended graduate school, but I needed to find a mentor. Which lab should I apply to? And what if I make a mistake in my choice? I took a chance and applied to a new investigator, Dr. Ting Zhu. Dr. Zhu wrote back enthusiastically, but said his lab space wasn’t ready yet, but recommended another new investigator, Babak Javid, with whom he was sharing a temporary office. Now, I was scared: this other PI wasn’t Chinese, I would need to speak English with him! Would we understand each other? So my four year journey to investigate the source of high level stochastic errors in mycobacterial gene translation started, appropriately, by chance.

Dr. Javid’s earlier work had shown when the rate of translation error, mistranslation, in Mycobacterium smegmatis was genetically manipulated to be lower or higher than wild-type this resulted in dramatic consequences for phenotypic resistance to the anti-tuberculosis antibiotic rifampicin: high mistranslation led to several logs higher phenotypic resistance, and low mistranslation resulted in increased drug susceptibility. The baseline error rate of wild-type cells was also much higher than model bacterial species such as E. coli. However, several key questions remained: a) what was the source of the increased error: was it due to ribosomal decoding errors, or at a point upstream of the ribosome? b) Although mistranslation appeared important for rifampicin phenotypic resistance in the lab strain M. smegmatis, what about for clinical isolates of pathogenic Mycobacterium tuberculosis (Mtb) – the causative agent of tuberculosis? c) And if mistranslation was indeed “adaptive”, how was it regulated?

When I arrived at Tsinghua and talked about potential projects, I decided to tackle the first and last of those questions. I hypothesized that if mistranslation rates are regulated, I might be able to isolate mutants with much higher than wild-type error rates. And this in turn would give me a clue about the source of the high basal error rates. But how would I isolate such mutants? I decided upon a tandem approach: first using a selection strategy to whittle down millions of bacteria to a few dozen, and then a screen to precisely identify mutants with the desired phenotype. Both approaches required ‘gain of function’ reporters that had been developed in the lab to sensitively detect mistranslation. Towards the end of my undergraduate project, I had managed to isolate three mutant strains from 10 million bacteria, I sent them to Dr. Zhu for sequencing and couldn’t wait to characterize them when I returned to Tsinghua as a graduate student. Amazingly, all three strains had different mutations in the same gene, gatA. This was an essential gene and couldn’t therefore be knocked out. The first part of my project, performed before I started graduate school had gone amazingly well, but it took me nearly a year to develop a strategy to make gatA mutations on an isogenic background. Then another year, in South Africa, to characterize gatA mutations from clinical Mtb isolates. I managed to show, however, that mutations in gatA appear to destablise the GatCAB complex that normally acts as quality control to prevent physiologically misacylated glutamine and asparagine tRNAs from taking part in translation, upstream of the ribosome. Mutations in gatA, or indeed, low expression of wild-type gatA or gatB resulted in increased stochastic errors in mistranslation, and as a consequence, increased tolerance to rifampicin. Some clinical Mtb isolates with gatA mutations also had increased error and tolerance rates compared with wild-type, suggesting this may be an adaptive strategy to antibiotic treatment.

My journey, started by the chance pairing of two junior faculty in a temporary office, had shown that mycobacteria can adapt to stress by increasing their own chance errors in gene translation (see Figure for a model). There’s still a lot to discover: does GatCAB partner with regulatory proteins? How are GatCAB levels regulated in the cell in response to stress? I’m hoping that hard work, and yes, chance, will help me find out.

Model for how cellular heterogeneity in RpoB and GatCAB expression predicts rifampicin tolerance. (A) GatCAB functions to amidate the physiologically misacylated Asp-tRNAAsn and Glu-tRNAGln aminoacyl tRNAs to their cognate Asn-tRNAAsn and Gln-tRNAGln. Limiting GatCAB increases the abundance of misacylated Asp-tRNAAsn and Glu-tRNAGln, which in turn cause generalized mistranslation, including specific, critical residues of RpoB, rendering it resistant to rifampicin. (B) The abundance of mistranslated, rifampicin-resistant RpoB is a product of the total expression of RpoB and the cellular mistranslation rate (represented by degree of shading). Cells with higher mistranslation rates due to limited GatCAB and hence increased concentrations of rifampicin-resistant RpoB variants will be able to continue transcription at doses of rifampicin sufficient to inhibit and kill the majority population (a). Ongoing transcription supports essential cellular activities allowing not only survival but growth in the presence of otherwise lethal concentrations of rifampicin (b and c). 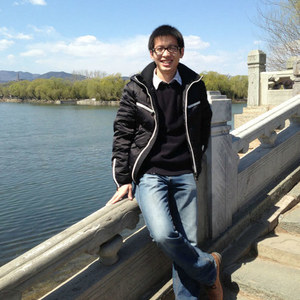