The evolution of antibiotic resistance in a spatially distinct environment is different from homogenous environments.

In this study from Harvard University we can see antibiotic resistance from Escherichia coli evolve in real time. And we can see it thanks to an amazing time-lapse video that captures bacteria moving through an antibiotic gradient. In the absence of antibiotic E.coli is free to move quickly through the MEGA-plate until it reaches the lowest concentration of antibiotic. Then we can see the first mutants appearing and competing with each other. We see this happening at all concentrations of antibiotics, even the highest of 1000 ug/ml.

One of my favourites observations of the study is explained by the author Michael Baym:

“What we saw suggests that evolution is not always led by the most resistant mutants. Sometimes it favors the first to get there. The strongest mutants are, in fact, often moving behind more vulnerable strains. Who gets there first may be predicated on proximity rather than mutation strength.”

A key aspect of bacterial survival is the ability to evolve while migrating across spatially varying environmental challenges. Laboratory experiments, however, often study evolution in well-mixed systems. Here, we introduce an experimental device, the microbial evolution and growth arena (MEGA)–plate, in which bacteria spread and evolved on a large antibiotic landscape (120 × 60 centimeters) that allowed visual observation of mutation and selection in a migrating bacterial front. While resistance increased consistently, multiple coexisting lineages diversified both phenotypically and genotypically. Analyzing mutants at and behind the propagating front, we found that evolution is not always led by the most resistant mutants; highly resistant mutants may be trapped behind more sensitive lineages. The MEGA-plate provides a versatile platform for studying microbial adaption and directly visualizing evolutionary dynamics. 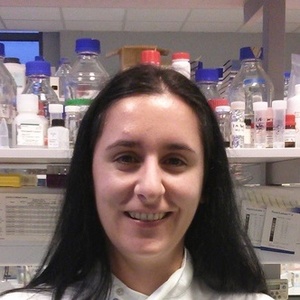 I'm a microbiologist developing applications of calorimetry in microbiology. I did my PhD and first postdoc at the University of Liverpool, where I studied the phenotypic impact of bacteriophages on their host, specifically Shigatoxigenic phages on E.coli. I moved to Sweden for my second postdoc where I work in a collaborative project between Karolinska Institute and KTH – Royal Institute of Technology to develop antimicrobial susceptibility tests using new technologies. This led to my current position as application scientist at Symcel, where we are establishing a fast antimicrobial combination test in the H2020 project BADGER. I’m also interested in biofilm research, particularly understanding biofilm formation and erradication on different surfaces and tissues.
Follow

Contributor
In the news

Elliot Brooks
10 reasons why everyone should advocate for Covid-19 vaccine equity
Contributor
In the news, Coronaviruses: past, present and future