It takes teamwork to beat the (bacterial) competition

​Our story behind: The Type VII secretion system of Staphylococcus aureus secretes a nuclease toxin that targets competitor bacteria By Zhenping Cao and Guillermina Casabona

Staphylococcus aureus is a proficient secretor of proteins, including toxins, invasins, adhesins, and the more recently discovered small substrate proteins of he Type VII secretion system (T7SS). The S. aureus T7SS is a multi-protein machinery that contributes to virulence in mice infection models and facilitates intracellular S. aureus release from epithelial cells. It was known that T7 secreted proteins are detrimental to the host, however their precise functions and targets remain to be elucidated. 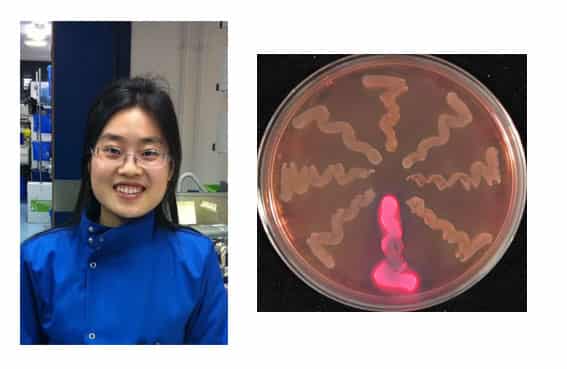 [Zhen] When I joined Prof Tracy Palmer’s lab as a PhD student to work on the S. aureus T7SS, she suggested I start to work on EsaD. EsaD is encoded at the T7SS gene cluster, but its role in T7 secretion was not known. It was only later that I found out that it was called ‘The graveyard project’. Why? Because the encoding gene had proven impossible to clone. Luckily, a postdoc in the lab, Holger Kneuper, had managed to delete esaD from the S. aureus chromosome, but strangely he was unable to delete the neighbouring gene, esaG. It was true, esaD proved impossible to clone, but I found I could clone it easily if I also included the esaG sequence on my construct. I could also delete esaG from the chromosome if I also deleted esaD. At this point we realised that these two proteins were behaving like a toxin-antitoxin pair, and I was able to show that EsaD was in fact secreted by the T7SS and that it had DNase activity. As expected this toxic activity was neutralised by EsaG.

Dr Grant Buchanan had previously made a set of bacterial two hybrid clones of T7SS-related proteins and I decided to use those to see whether I could find anything else that interacted with EsaD. I was quite surprised to find that EsaD also seemed to interact with EsaE. When I followed this up further, I found that it interacted away from the nuclease domain of EsaD and that EsaD could bind each of its partner proteins, EsaG and EsaE, concurrently. When I fractionated S. aureus cells, I found a lot of EsaE pelleted with the membrane. This was a big surprise because EsaE is not predicted to be a membrane protein. Luckily my workbench is next to Franzi Jäger who is an expert at crosslinking S. aureus membrane proteins and using her protocol I was able to show that EsaE crosslinked to the EssC component of the T7SS machinery. This result allowed us to come up with a model for the biogenesis and secretion of EsaD through the T7SS. 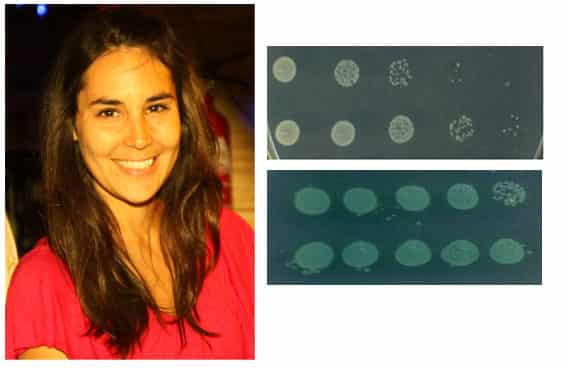 [Guillermina] At this point in our story, Tracy came to me with a challenge. We wanted to know if S. aureus was using the secreted nuclease, EsaD, to target competitor bacteria. The hints were all there: EsaD is polymorphic, EsaDG are a toxin-antitoxin pair and bioinformatics analysis showed that some S. aureus strains lacked esaD but accumulated copies of esaG in their T7SS gene clusters. Zhen and Holger had tried in the past to see whether S. aureus could use its T7SS to kill other bacteria, but had never seen any convincing evidence to support this. From my prior experience with the T6SS I was aware that when secretion systems were poorly active, the best way to maximise secretion was to overproduce the substrate protein from a plasmid. I developed methods to allow us to distinguish between attacker and prey bacteria by means of differential antibiotic resistance. Then, generating a S. aureus strain with maximised secretion of EsaD, I used this to target other S. aureus strains, including EsaG antitoxin-deficient ones. By doing so, I was able to show that EsaD is indeed an antibacterial toxin produced and that there is T7SS-mediated competition between strains of S. aureus.

So, how does S. aureus prevail amongst the other bacteria in our bodies? This work and the story behind it are not finished. We will continue to walk on the wild side to try to decipher the ecological role of the T7SS in the context of multibacterial infections by studying other possible targets. 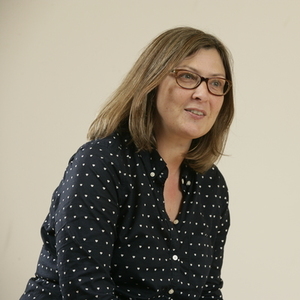