Unraveling the anaerobic oxidation of hydrocarbons in the deep sea sediments

A story of the discovery of an unexpected metabolic pathway

In 2009, my PhD supervisor, Gunter Wegener, joined a research expedition to the famous hydrothermal vents in the Guaymas Basin. These vents are located 2000 meters below the ocean´s surface in the Gulf of California. In the Guaymas Basin, hot water circulates through sediments and releases a variety of hydrocarbons to the water column. Diving into the deep ocean with the submersible Alvin, he retrieved sediments from those vents and the search for novel microorganisms began. At that time Gunter was searching for anaerobic oxidation of methane (AOM) at hot temperatures. Gunter’s mission was successful: once incubated on methane, the sediments showed growth at temperatures up to 60°C.This allowed his team to establish the first thermophilic AOM culture (Holler et al., 2011). However, this was only the beginning of a number of exciting discoveries dating back to a small bottle of seafloor sediments (Wegener and Krukenberg et al., 2015, Wegener et al., 2016; Krukenberg et al., 2016)

The thermophilic AOM enrichment contained methanotrophic archaea (ANME) and a novel deltaproteobacterium, named as HotSeep-1. This bacterium had been detected on different short-chain alkane-degrading enrichments (Adams et al., 2013). Hunting for more interesting enrichments, Gunter and Florin Musat tested the AOM enrichment with butane as substrate. And EUREKA!!! After a long waiting time, they got an anaerobic butane-degrading culture named Butane50. Meanwhile Florin moved to Leipzig, however the dedicated technician Ramona Appels with her love to microorganisms did not give up on his cultures. Butane50 developed well in her hands and waited to be studied.

On 2014, Gunter offered me the exciting possibility to do my PhD on this culture. The culture had been already characterized by a previous diligent student, Katie Harding, who found consortia of archaea and bacteria: the archaea belonging to the mysterious group GoM-Arch87, deep-branching within Euryarchaeota; the bacteria, the already mentioned, HotSeep-1. The archaea seemed to be the responsible of the butane degradation, since we knew HotSeep-1 as a sulfate reducing partner bacterium from the thermophilic AOM. Strikingly, archaea had never been characterized as butane degraders. How were they involved on it? I was completely motivated to work unraveling archaea mysteries, especially since archaea were introduced to me in my Bacteriology lessons in the University.

Determined to understand this metabolic mystery, I started a metagenomic analysis and I was able to retrieve a draft genome of the GoM-Arch87 organism. We called it familiarly BOX-1 (Butane OXidizer). BOX-1 was a jack-in-the-box. I quickly identified a fatty acid degradation pathway of bacterial origin, which was described to function in butyrate oxidation. This was a big clue that BOX-1 was the responsible of butane oxidation. Nonetheless I could not figure out how BOX-1 converts butane to butyrate. There were described genes for butane oxidation, but I could not find any of them in the genome. Intriguingly, BOX-1 carries methanogenesis related genes, in spite of not being able to neither produce methane nor consume it. So at that moment, we had a genome with clues of butane oxidation, but no way of starting it. Gunter suggested to draw a big scheme of metabolic pathways on paper. So I glued three pages and I started to gather and draw all genomic information. For days, I was wondering, what I was missing because I could not figure out how to order these pieces order into a meaningful picture. There was none butane activation step and a useless methanogenesis pathway was in the middle of the scheme. But suddenly, after constant looking on the scheme, we thought about putting the methanogenesis pathway to the beginning of the machinery. But stepping back – a methyl-CoM reductase (MCR) that activates a C4-compound? In all textbooks and lectures I got told that the methanogenesis pathways is specific to C1-componds, so mediates methanogenesis and methane oxidation, with the MCR at the end and the start of the respective reaction. This was a totally new and groundbreaking idea since butane is a much larger molecule than methane. Experiments from the Thauer lab showed some trace production of ethyl-CoM from ethane by MCR extracts (Scheller et al., 2013), but the process was even 100 times slower than the inefficient methane activation in AOM. These results did not really support my hypothesis – the ‘normal’ type of MCR would never be able to efficiently activate butane. 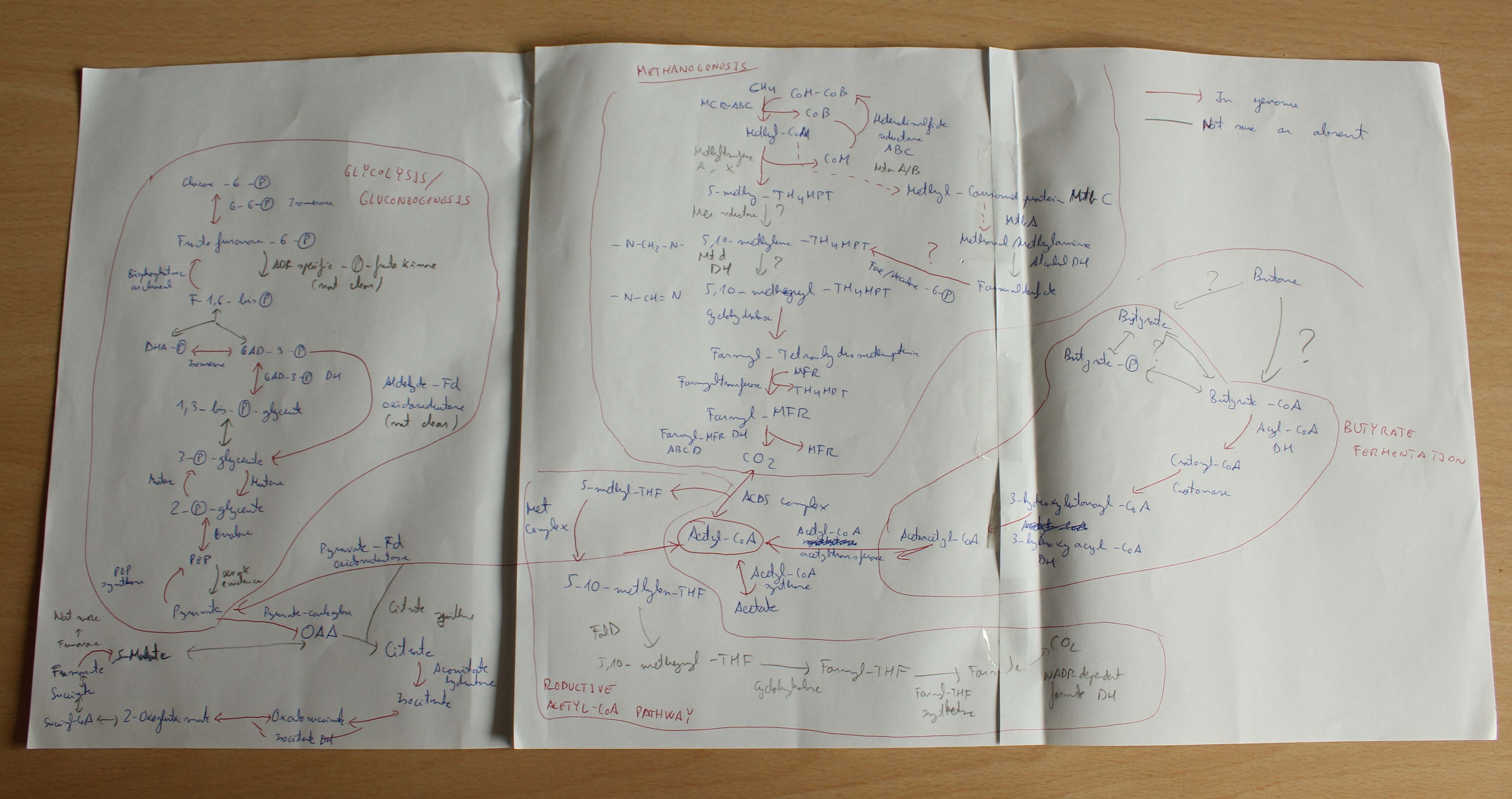 On the other side, the MCR of BOX-1 was very different from all other known MCRs. That gave us the idea that maybe the BOX-1 MCR was modified to degrade other substrates than methane. At this time it was only theory – but if it was true this reaction should leave geochemical traces – the production of butyl-CoM. To test our theory Florin Musat helped us again. Now at the UFZ (Leipzig) he had access to a powerful FT-ICR mass spectrometer – the dream of a biochemist. This machine would validate our hypothesis. And BINGO!!! Florin detected butyl-CoM, the predicted activation product.It needed some a long time to put all pieces together and to be honest we are still unraveling some of the metabolic steps.

It was a great adventure. We had night long discussions on specific parts of the pathway, on images and even the name of our study object. However here we now proudly present Candidatus Syntrophoarchaeum butanivorans with its novel pathway which allows this archaeon to anaerobically activate and fully oxidize short-chain alkanes (doi:10.1038/nature20152). Many further questions arose which will accompany the whole team during the further years of my PhD: Are these new MCR present in other organisms?Which other hydrocarbons are degraded by archaea? Where are these organisms present? I am sure my little social BOX archaea will have some more stories to tell. 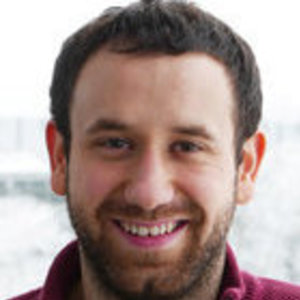 I am a PhD student in the Max-Planck Institut for Marine Microbiology researching about anaerobic degradation of short-chain alkanes. I am totally excited to share knowledge with other people interested on the topic as well as archaea and extremophiles.
Follow