Expanding a mouse model expanded our thinking about recurrent infections.

Infectious diseases are tremendously complex and we still have so much to learn. Of particular interest are recurrent infections — infections that keep coming back over and over again, often despite appropriate antimicrobial therapy — which are a significant health, financial, and quality of life burden worldwide. They drain the healthcare system of resources and, because patients are often put on preventative antimicrobial therapy, they can lead to the spread of drug-resistant microbes. Why do some otherwise healthy individuals with no obvious underlying health issues suffer from recurrent infections, sometimes experiencing multiple infections each year? This is often the case for those suffering urinary tract infections (UTI). Up to 60% of women will experience at least one UTI in their lifetime, and infections often occur in clusters: once a woman has one UTI, she's more likely to get another in the next few months. Those women with two UTI are more likely to have a third episode, and so on, until ultimately 1-2% of all women have six or more UTI per year. These women are something of a medical mystery: we don't know why they experience such highly recurrent UTI, and we don't have any good drug treatment options for them. Often medical professionals are left with few options for helping these patients other than preventative antibiotics.

Animal models have been very informative for our understanding of UTI, but they are typically quite simplistic: a particular inbred mouse strain is given one infection with a researcher's favorite model strain of E. coli (the most common cause of UTI), and is then sacrificed at a standard time point, often 24 to 48 hours after infection. These tightly controlled studies make sense on many levels, but we wondered whether these conditions fully recapitulate the complexities of recurrent UTI. In our recent article in Nature Microbiology, we sought to deepen our understanding of recurrent UTI by expanding the mouse model. We used multiple inbred mouse strains, to try to better capture the diverse urinary syndromes seen in women. We infected mice with seven different, genetically diverse bacterial strains (five that had caused various urinary tract syndromes in women, and two harmless gut strains). Finally and most importantly, we infected mice multiple times, with antibiotic therapy in between exposures to sterilize the urinary tract.

We found that in some mice, an initial E. coli infection can be severe and long-lasting, and that this leaves a "molecular imprint" on the bladder that persists after antibiotic therapy. This molecular imprint alters the response to subsequent bacterial infections, rendering the mice susceptible to recurrent infection caused by diverse bacteria, including a highly drug resistant E. coli strain. However, we were able to protect the mice through vaccination, as well as by preventing inflammation with the use of cyclooxygenase-2 inhibitors. 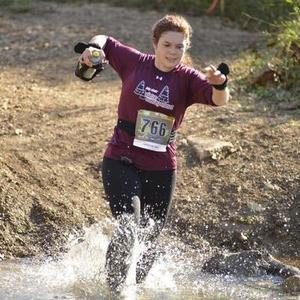 As a doctoral candidate in Molecular Microbiology and Microbial Pathogenesis at Washington University in St. Louis, I am working jointly in the laboratories of Dr. Scott Hultgren and Dr. Amanda Lewis to develop and characterize mouse models of recurrent urinary tract infections.
Follow

kongguli over 4 years ago
Reply