The pathogenic yeast Candida albicans has a complex relationship with its human host: it is a harmless commensal in most healthy individuals, but switches to a potentially lethal pathogen in some patients. The keys to this complex relationship are the potency of a patient’s immune system and its ability to recognize and clear invading C. albicans cells. We addressed the issue of immune recognition, which occurs largely via cell surface Pathogen Associated Molecular Patterns such as β-glucan. We found that C. albicans masks its cell surface β-glucan in response to a specific host metabolite (lactate), thereby making itself a moving target for the immune system.

Liz Ballou: This project began with an intriguing figure that I came across when I joined Al’s lab in 2012. Have a look and see what you think (figure 1): 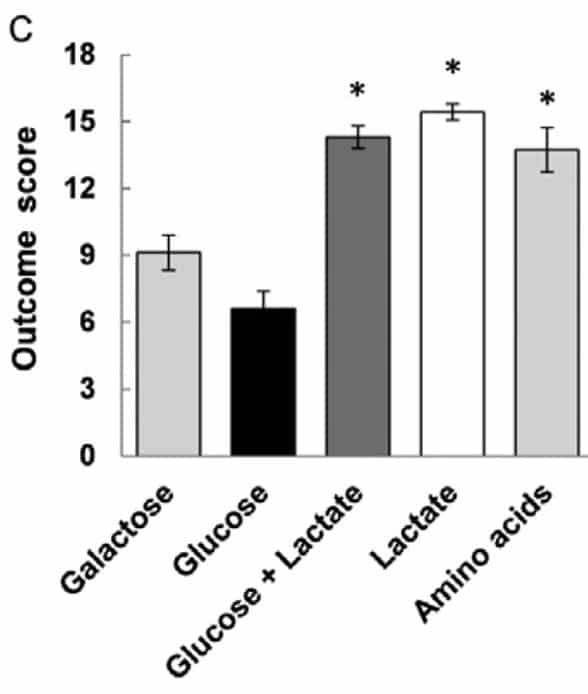 I’d moved to the University of Aberdeen because I wanted to be part of an international community of scientists working on human fungal pathogens. I found the Aberdeen Fungal Group (now the MRC Centre for Medical Mycology). The AFG is a large team of researchers who mostly focus on Candida albicans. I had just earned a PhD in Genetics in the fungus Cryptococcus neoformans, so I spent the first few months of my post-doc doing a thorough survey of the Candida literature. One paper in particular stood out: Jules Ene, a PhD student in Al’s lab, had just shown that Candida cells pre-grown in lactate were much more virulent than those grown in glucose. On the face of it, this observation could be explained by the different metabolic profiles of these cells. Indeed, four subsequent papers from our group suggested that metabolic flexibility supports pathogenesis.

The problem was that the more I looked at this figure, the less sense it made in the context of metabolism. If cells preferentially utilize glucose over lactate, then why do cells grown on glucose plus lactate resemble cells grown on lactate alone? As a geneticist, it seemed clear that lactate is epistatic to glucose. This suggested that metabolism alone isn’t enough and there must be a signaling component. But there were no reports in the literature of a lactate-induced Candida virulence phenotype.

The answer, which seems obvious now, finally hit me one night as I was walking home in the Scottish rain: PAMP exposure. What if lactate was acting as a signaling molecule to mask PAMPs? Rob Wheeler and Gerry Fink had already shown that masking of b-glucan in the cell wall could be perturbed by drug exposure and during interaction with the host. But they had described masking as an intrinsic property of the cell wall. What if Candida was actively promoting masking under certain conditions? The next day I asked Louise Walker for a protocol for b-glucan staining in fungi, and Sarah Hardison to show me how to use a flow cytometer. Excitingly, cells grown with lactate exhibited less b-glucan staining than glucose-grown cells. This was the first hint that we might be looking at something more fundamental to Candida biology.

Gabi Avelar: I joined Al’s group in 2015 to study PAMP exposure on the Candida albicans cell wall. By that time, Liz had found evidence for a new pathway that could drive β-glucan masking in response to lactate. We both were studying PAMP exposure, so Liz initially helped me with Candida albicans, as I had studied a different fungus during my PhD. Naturally, since our projects were closely related, some of my results began to support her story. I took a high throughput approach, running loads of experiments in bulk and then replicates of these experiments to test the reproducibility of the observations. For example, I performed dose/response curves of glucan exposure in response to different carbon sources. As we were proposing a new signaling pathway, we also tested several questions about cell wall structure using the extensive mutant collection from Neil Gow’s lab. As you can see in the paper, no single cell wall mutant explained masking, which was frustrating. But, step-by-step, with the help of the rest of the team, Liz and I collected the pieces, filled the gaps and confirmed the results to build what turned out to be a robust and beautiful story (Figure 2)! 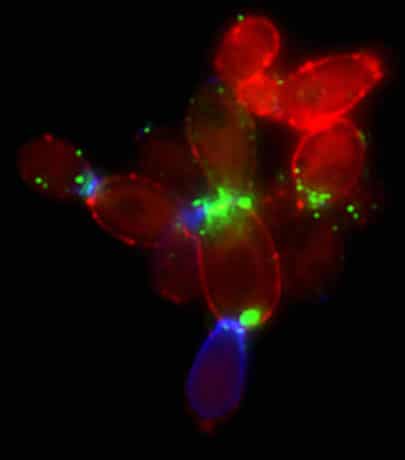