In view of the diversity of life, it is understandable that many microbiologists dedicate their careers to studying what makes one organism distinctive from all others. However it is also illuminating to examine the threads that disparate life forms share in common. As Richard Feynman observed, "The deep chemistry of living things is indeed a fantastic and beautiful thing."

In the current issue of Nature Microbiology, we report our discovery of a physiological function for the nitric oxide synthase (NOS) of Staphylococcus aureus that exhibits common features with this enzyme's role in human physiology. Mammalian NOS is responsible for diverse essential functions ranging from the regulation of blood flow to neurotransmission and host defense. Although it has been recognized for more than twenty years that many bacteria (including Firmicutes, Actinobacteria and Deinococci) also possess a NOS, and specialized roles of bacterial NOS have been demonstrated in nitration reactions and in oxidative stress resistance, a conserved general physiological role for bacterial NOS has been elusive.

We have found that nitric oxide (NO) produced by S. aureus NOS targets haem centers of the terminal cytochrome oxidases to control electron transport. Under microaerobic conditions, the accumulation of NOS-derived NO reversibly inhibits aerobic respiration and diverts electron flow to nitrate reductase to ensure the maintenance of membrane potential. Oxygen-dependent conversion of nitric oxide to nitrate by the Hmp flavohaemoprotein provides a brake on the system and prevents the inhibition of aerobic respiration when oxygen is abundant. This elegant oxygen-sensing system has a parallel in human cells, as NO-haem interactions have been shown to control mitochondrial respiration during hypoxia. Given the high degree of relatedness between bacterial and mammalian NOS, it seems likely that the regulation of respiration under microaerobic conditions represents the primordial function of NOS in nature. We have also observed that bacterial NOS is required for S. aureus nasal colonisation in a mouse model, suggesting that inhibitors of this enzyme might be useful to prevent or eliminate nasal colonisation in humans.

It is worth mentioning that our discovery, like so many others, began with an error. We initially measured nitrate, an oxidation product of NO, in order to monitor the activity of the S. aureus NOS. We were therefore surprised to find that a mutant S. aureus strain lacking NOS had higher levels of nitrate than a wild-type strain. Eventually we figured out that our initial assumption had been in error, and that we were actually observing the reduction of nitrate by the dissimilatory nitrate reductase, which was enhanced in wild-type cells as the result of the inhibitory actions of NOS on aerobic respiration. As the writer Hugh Walpole once observed, "In all science, error precedes the truth, and it is better it should go first than last." 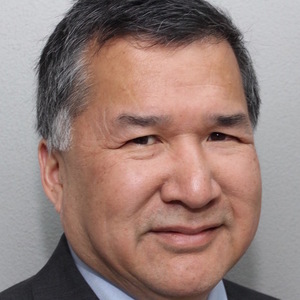