The Jekyll and Hyde nature of hookworm infection

A review on human hookworm infection.

In the fourth century BC, Aristotle in Historia Animalia wrote “....and of these intestinal worms there are three species: one named the flat worm, another the round worm, and the third the ascarid........ These intestinal worms do not in any case propagate their kind.” While not entirely accurate, notably the reference to intestinal worms not being able to propagate their kind, Aristotle’s description of parasitic helminths in the human gastrointestinal tract serves nonetheless to highlight how long we have known of their presence. Despite their recognition as human pathogens, thousands of years passed before Arthur Looss in 1896 discovered the life cycle of arguably the most important gastrointestinal worm of humans, the hookworm. Looss accidentally spilled water onto his skin in which larvae of Ancylostoma duodenale were being cultured. Within a few weeks Looss discovered hookworm eggs in his faeces, thereby proving that the primary method by which humans acquired the infection was via percutaneous penetration of third-stage larvae.

In Nature Reviews Disease Primers (doi:nrdp.2016.88), my colleagues and I have published a review on this most exquisite parasite – the hookworm – and we reflect upon the intimate relationship between hookworms and their human hosts. The co-evolution of worm and host has resulted in a relationship that is mostly viewed as one of pure parasitism. The hookworm’s appetite for blood results in iron deficiency anaemia in heavy intensity infections, which accounts for 3.2 million DALYs and ranks them among the most important of the neglected tropical diseases in terms of morbidity. Safe and somewhat effective drugs are available to combat human hookworm infection, but their efficacies are variable, and in the absence of a protective immune response, reinfection rapidly occurs. To that end, efforts are underway at the Sabin Vaccine Institute to develop a hookworm vaccine, and early phase clinical trials continue to be conducted.

In stark contrast to the morbidity caused by hookworms in developing countries, some argue that hookworms are beneficial, and indeed, clinical trials have been conducted to exploit the immunoregulatory prowess of hookworms as an “off beat” therapeutic modality to treat autoimmune and allergic diseases. See video at this link.

This aspect of hookworm infection has spurred an entirely new paradigm in the treatment of some inflammatory disorders, and researchers are actively seeking bioactive molecules secreted by hookworms to form the basis of more “palatable” biologic-like drugs as opposed to iatrogenic hookworm infections.

The omics era has facilitated advances in hookworm molecular research, but technologies aside, there is still so much good old fashion biology to unravel with these long-lived blood-suckers. Their Jekyll and Hyde nature ensures spirited and passionate debate about the pros, cons, and even ethics of infecting people with a pathogen that is the scourge of communities in developing tropical countries. Whatever your position, hookworms have been with us for millennia, and will likely remain with us for many years to come. I encourage young researchers to enter the field and find new ways to combat this parasite in endemic countries, or perhaps harness the “good” it has to offer in industrialised nations where hygienic practices have contributed to an onslaught of immune dysfunction diseases. 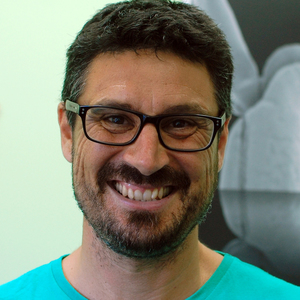 Ben Johnson about 4 years ago

How differently we view hookworm infection in developed and developing countries! I also enjoyed your interview with the New York Times Magazine from earlier this year: http://www.nytimes.com/2016/06/19/magazine/the-parasite-underground.html