The Portrait of Dr. Haustein

How we embarked on understanding the evolution of syphilis

One beauty of the scientific process is that the story I tell here does not impinge on the logic of our recently published scientific results, nor their implication for understanding nature. The story does, however, reflect on the fragile civilization we inhabit and the human choices scientists make to understand the world.

In 2004, I found myself captivated by the awkward cover of a book on sale on a sidewalk in Berlin, depicting a man thoughtfully (and somewhat playfully) glaring at the reader. It was a little known novel about 1930s Germany called Der Gefaengnissarzt oder Die Vaterlosen (“The Prison Doctor or The Fatherless” by Ernst Weiss). Inexorably I bought it, even though at the time I did not know the language yet, nor even understood the title. More than half a decade later, inside a 1970s cement monolith housing the city archives of Zurich, I came across a 1930 issue of the German journal Archiv fuer Dermatologie und Syphilis, which included a book length article titled Die Frühgeschichte der Syphilis 1495-1498 (“The early history of Syphilis 1495-1498”), by a German dermatologist named Dr. Hans Haustein. This impressive man would turn out to be the spiritual originator of this story.

Dr. Haustein had travelled through German and Swiss cities and scoured their archives, all in the hope of finding official public records of the first responses to the syphilis epidemics of the 15th and 16th centuries. He wanted to know whether the epidemics appeared before or after the return of Columbus from the Americas, and how different European cities dealt with their respective outbreaks. As I researched Haustein, I realized that he was the model for the painting used on the cover of that novel a few years earlier (although unrelated to the plot). More sadly, I realized that shortly after publication of his impressive article, we lose track of Haustein. Being of Jewish heritage, and allegedly associated with left leaning social circles, he was a prime target for brutal State disenfranchisement after the election of the National Socialists in Germany. As far as I could tell from conflicting accounts that are all tragic, subsequent to an episode of harassment by the Gestapo, he either committed suicide or escaped to perish in Siberia. Haustein´s tragedy bothered me deeply and personally. Perhaps, by being of Iranian heritage, I was sensitive to his ordeal of being viewed as an “outsider” within the reigning cultural narrative of his time. But I also felt that I was in a privileged position to finish parts of his work, and to shed light on some of the questions he had pursued.

Subsequently, I recruited the help of Gabriella Gall, a behavioral biologist who was adept at deciphering the centuries old records of the Zurich city archives (in heterogeneous variants of hand-written old German). I also asked for help from Akos Dobay, an intrepid theoretical biologist who developed a model for the population dynamics of the disease in Renaissance-era Zurich. But I knew that if we truly wanted to understand the spread of syphilis, we had to "get genetic" about it. In 2012, I was very fortunate to start working with Natasha Arora, a PhD in anthropology, to help me look into the genetics of syphilis epidemics. Together we visited Dr. Stephan Lautenschlager, whose outpatient dermatological clinic was at the frontline of STD cases in Zurich. He provided the contacts to Philipp Bosshard at the University Hospital, who had recently received the ethical authorization to study clinical samples from patients in Switzerland. From that moment onward, our collaboration kept growing, and quickly went beyond Swiss borders. At every step, we encountered the help of exceptional scientists and professionals who went beyond their “job description” to move the project along.

It also turned out that Natasha´s anthropological training was more relevant than we had initially thought. Given the known difficulties with treponemal DNA, we were originally going to use amplification of select target genes for an analysis of syphilis strains. But Natasha suggested that we talk to Johannes Krause and his group (then at Tuebingen), who with his collaborators had great success in using DNA capture to isolate and sequence low levels of DNA from ancient tissue samples. We were hoping that we could use these techniques on clinical samples, and to get rid of the background of patient blood DNA in order to obtain sequences of infecting strains. This was risky and time consuming, and we had no idea if it was going to work. To our great relief it did! This technical success opened the possibility to assemble whole genome sequences of strains from patients across the world, and allowed us to understand the evolutionary history of modern syphilis strains from a whole genome perspective for the first time.

In a curious twist, Hans Haustein continues to be with me where I go. The original 1928 “Protrait of Dr. Haustein” (by Christian Schad), which is the source for the book cover in this story, is not too far away from where I live now. It is peacefully on display at the Museo Thyssen-Bornemisza in Madrid. In this spirit, I genuinely hope that we have honored Hans Haustein and countless others like him with our scientific work.

The route towards T cell activation: how TB and I crossed paths

Global health diagnostics: we need to address demand and supply 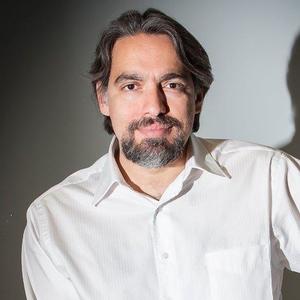