A personal story on the unfolding of a project

The fascinating microscopic world of bacteria was rather novel for me when I made the transition from investigating orangutans, our red, furry, primate cousins, to studying the bacteria that cause syphilis, Treponema pallidum, the corkscrew shaped pathogens that “propel” themselves through the unfortunate infected. To be fair, and before you conjure up too many images of cute orangutans, my genetic research on these endangered study subjects did not involve as much time observing them in the wild as time opening tube after tube of fecal material for the purposes of DNA extraction. Yet, I did not ever imagine that I would make a leap to the bacterial world, but that this happened is a very exciting twist of fate; if chance played a role, than I am thrilled it did so. One afternoon at the University of Zurich, I listened to Prof. Homayoun Bagheri tell me about the many questions surrounding syphilis. Strangely, this disease has been re-emerging across many nations, and its incidence in Switzerland is pretty high compared to other western European nations. As I listened to all this, I realized how wrong my perception of syphilis was, imagining it as an old and almost vanished disease. The disease is very much present, 500 years after it took center stage in Europe, and despite the discovery of antibiotics in the mid-20th century. As of yet, it is unclear where syphilis originated, and shrouds of controversy surround theories of an introduction of the disease by Columbus and his crew. This question, and questions related to the evolutionary history of the pathogen, are very intriguing but equally compelling are those that address the current infections: are the strain types in Switzerland different to those around the world? What do current patterns of genetic diversity tell us? Very quickly I realized that Treponema pallidum had captivated me. Riddled with questions, and infatuated by the topic, I joined Homayoun’s lab to work on the genetic aspects.

What initially began as a project focusing on a few genes and clinical samples from Switzerland, grew into something else. Something bigger. Perhaps, as I look back, there were a few key points that helped trigger this change. One key moment was the one in which I realized how slowly the Swiss patient samples were coming in. As I turned the calendar pages, panic set me into motion; I had to do something about it, so I decided to get hold of any samples I could. I started contacting doctors and clinics, going to sexual health centers, and asking researchers for samples, from as many countries as possible. Wherever I traveled to another country, I tried to make a stop at a sexual health center, sometimes asking locals for directions (and often getting very interesting reactions). The second key point may have been the observation that other groups were obtaining whole genome data from samples that posed similar challenges. We had an elusive and fragile bacterium, present in small quantities in ulcer samples, along with lots of DNA from the human host and other microorganisms. Our colleagues working on ancient DNA had overcome similar obstacles through capture hybridization, and their work had impressed us. And so in 2013 and 2014, with an international team of collaborators, we started applying these novel techniques to obtain whole genome data. Over the next two years, we were busy with a flow of samples, and with a flow of data. It was thrilling to see the project unfold, and with it, new ideas and projects began forming... It's striking, how when you start along a path you do not realize how many tributaries and larger rivers you are yet to see.

Through our work, we have now been able to get a glimpse of the genetic diversity of Treponema pallidum in current infections. And while we are very excited about our work so far, we also realize that this is the tip of the iceberg and much more needs to be done. I continue to contact investigators across the world, collecting more samples from many countries and across different years, and working very closely with experts in the field. And we look forward to continuing what we do, fitting the pieces of the puzzle, so that one day we can see it complete. 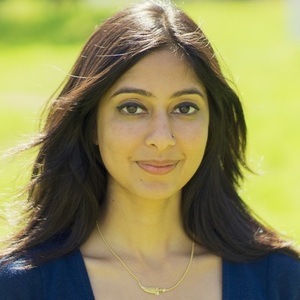 Ben Johnson about 4 years ago

Thanks for posting this. For those that want to read the paper in Nature Microbiology, it is available here: http://go.nature.com/2gBBjXV