One of the microscopic ‘villains’ which cause deadly diseases is Streptococcus pneumoniae. Here we have identified a factor which coordinates a key construction process in the cell.

Pneumonia and meningitis are leading causes of death in the world. One of the microscopic ‘villains’ which cause these deadly diseases is called Streptococcus pneumoniae, or ‘pneumo’ for short.

Like many bacteria, if pneumo cells are going to grow, divide, and do bad things to humans, they have to build and maintain their cell walls. These walls don’t (say) separate the US from Mexico, but surrounds the cells acting like an exoskeleton of an insect. This ‘shell’ defines the shape of the cell and protects them from bursting in different environments.

Making more cell wall is a tricky problem for bacterial cells. On one hand they want to make it as quickly as possible to grow at the fastest possible rate, on the other they need to maintain its strength and integrity to make sure they don’t accidentally burst. As a result, new cell wall is made by carefully tuned enzymatic machines, which add new material ‘one brick at a time’.

In the clinic, one of the best treatments for bacterial infections are antibiotics that impair the function of these cell wall synthesizing machines. Penicillins, and antibiotics like them, do just this and are responsible for saving millions of lives. With the rise of antibiotic resistance bacteria however, these drugs are not as effective as they once were, reducing the number of treatment options available to people suffering from pneumonia and other infections. Identifying new drugs that target other aspects of cell wall synthesis represents an important strategy for us to stay ahead in the antibiotic “arms race” with pathogens.

This study identifies a new component of the cell wall assembly machine in pneumo called CozE. Removing CozE from pneumo cells effectively shatters the machinery into its composite pieces, dispersing them throughout the cell surface. Surprisingly, although they are separated, the pieces keep on working! Like an assembly line out of control, the cell starts making cell wall seemingly all over the place, inserting bricks where they should not be. Pneumo cells are unable to cope with the aberrant synthesis, which makes them swell up and eventually burst.

The CozE protein is encoded by many other bacteria in addition to pneumo, and it will be interesting to see if it plays a similar role in these organisms. But more importantly, can we exploit these findings to induce rouge cell wall synthesis activity in bacteria for the development of future therapies. 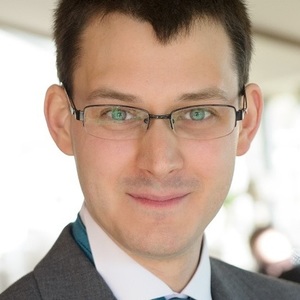