Menu
A community from Nature Microbiology
Regular Contributor
In the news

Just after the inauguration of Donald Trump, all mention of antibiotic resistance was removed from the White House website. 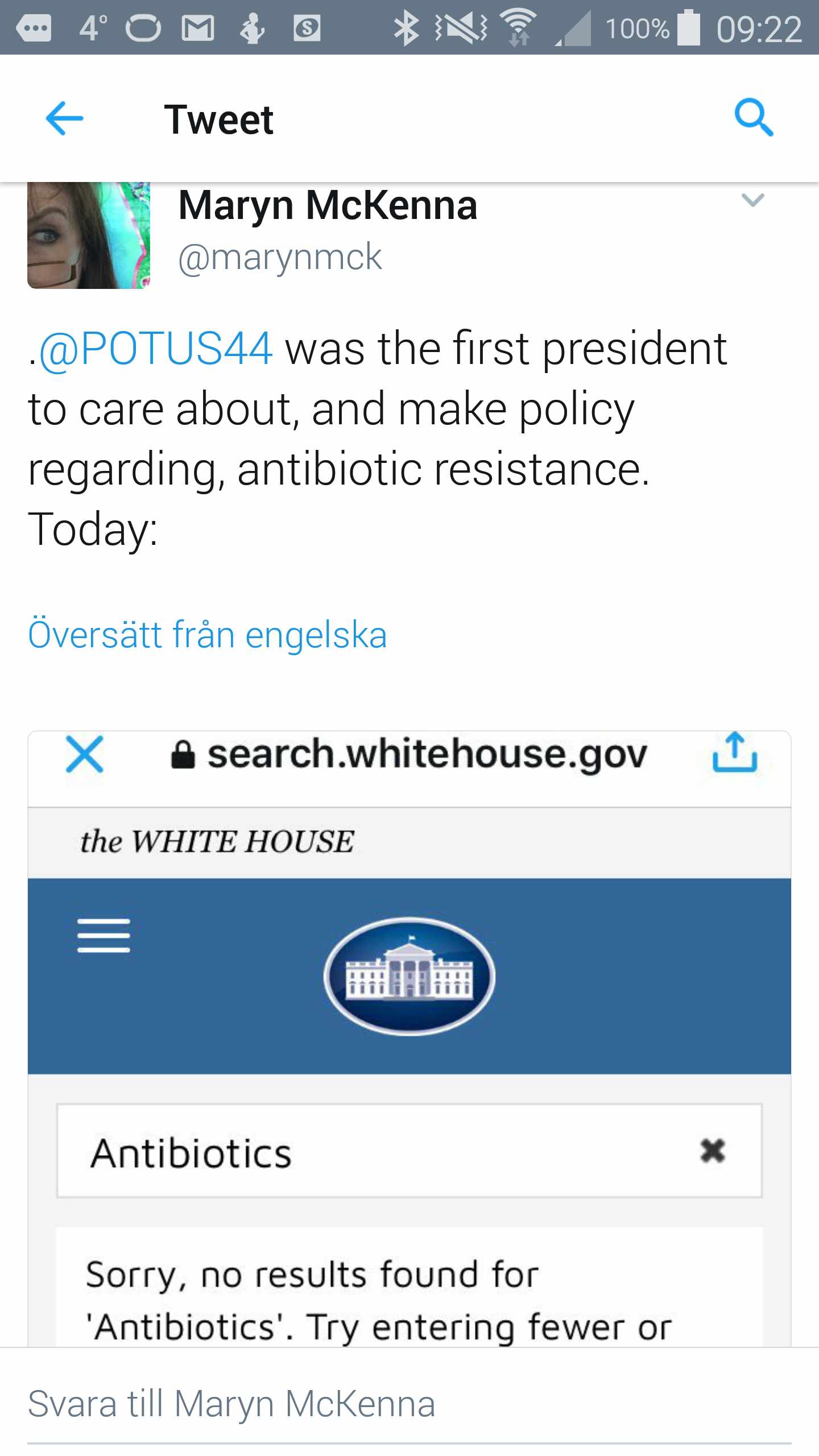 Today, just days after a CDC report on a pan-resistant K. pneumoniae isolate, there is no mention of antibiotic resistance on the White House website as pointed out by Maryn McKenna, a journalist specialising in public health.

If you believe that antibiotic resistance does represent a serious public health threat and that controlling it requires strategy, coordination and effort then this is worrying. We can be sure that the forces creating resistant bacteria are not going to ease up that any reduction in our efforts to control antibiotic resistance will directly affect patients.

Antibiotic resistance has never been more of a threat. As good as modern medicine becomes, it has the potential to be overshadowed by patients succumbing to once treatable infections. This is a step in the wrong direction and as researchers, we have more of a responsibility that ever to communicate the facts about antibiotic resistance to prevent a bad situation from spiralling out of control.

I'm a freelance science communicator, formerly a Postdoc in the biofilm field. I'm interested in how bacteria cause disease and look to technology to produce novel tools to study and ultimately prevent infection.

Domenico Palumberi over 3 years ago

Very good point Ben. We should talk more even about numbers because right now the problem is perceived as secondary one, due to small amount of death people, ignoring the catastrophe that is starting .