Menu
A community from Nature Microbiology
Contributor
Under the microscope, On the road

Writing without deadlines and contracts can be a quite enjoyable hobby

I was sitting in a coffee shop in Paris after meeting some collaborators at Pasteur Institute, all whom were driven by their love to viruses. Yet, germs in all their forms are something that everyone in their right minds try to avoid. Just saying the word ”virus” out loud, people start washing their hands and holding their breath. Space, planets, stars, the whole cosmos… Those are themes that immediately capture your imagination in an adventurous way, thus making them selling topics for science books. Still we, microbiologists, are here, utterly fascinated by things that we cannot even see without a microscope. I started to ponder whether it is possible to write a book about these microbial entities in a way that would as engaging as books on celestial bodies and wonders of the universe. So, there and then, allured by the unique atmosphere of the small alleys of Paris, I decided that writing a book about viruses would be my hobby for the next few years. 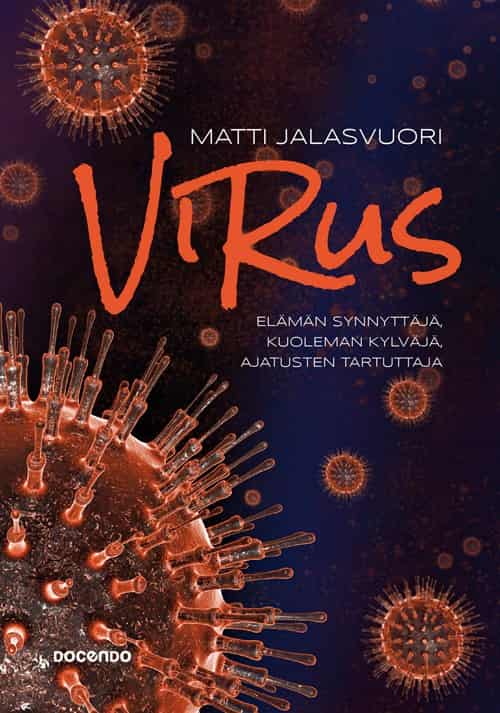 I realized that it might be nice to utilize viruses as a general concept that entangle various themes together rather than just telling stories about scary epidemics. I also wanted to write about the life as a scientist: there might not be a better way to inspire younger people than giving them an idea of what they also could do for a living. And very few jobs in this world are as diverse in their everyday content as that of a scientist.

I had a long list of things that could be, in one way or another, connected to viruses. Eventually I came up with six chapters, each one taking the concept of a virus to a new dimension. First one was for different types of ‘headline’ viruses, such as influenza, Ebola, virotherapy and computer bugs. In the second chapter, I took the readers to a less familiar field: into our own genomes, that are filled with the remains of endogenous viruses, as well as to the idea of symbiosis between viruses and their hosts. The third chapter retraced the origin of life and the very notion that viruses were probably already here before the separation of the three domains of cellular life. The fourth chapter discussed memes and how they can form virus-like combinations that spread among people. The fifth was about space traveling and colonization of Mars. Finally, the sixth chapter was the most daring one for a virus book. It addressed our physical reality: how universes could be evolving and how life itself, if you stretch your imagination, could be considered as a virus of the multiverse. Everything was based on actual research (or at least somewhat serious hypotheses), of course.

I made an effort to make the writing process in itself fun: I did not set any deadlines, I had no contract to follow. Every once in a while, I poured a glass of red wine and, instead of staring brainless TV-shows, I opened my laptop. Often, when I was traveling, I took a day off and sought for a nice cafeteria to sit in and observe people, and channel the essence of science into words. In retrospect, I think this laid-back way of writing probably showed in the text (at that time I was also a research fellow in Australia, so laying back was in the air anyways). Writing never felt like work.

Speaking of languages, I, myself, read most books in English. Sometimes I feel bad for those who do not know the language well enough: they are missing so much good science literature. Therefore it was obvious that I would write my book in Finnish in an attempt to improve our popular science culture by a tiny fraction. Luckily, the book was bit of a success, and based on the feedback, it indeed seemed to have hit the spot among at least some of the readers and, I like to think, maybe even made a few champions for science in everyday work-place discussions. And when you can do that while sipping a drink on a beach, then it is close to a win-win situation. 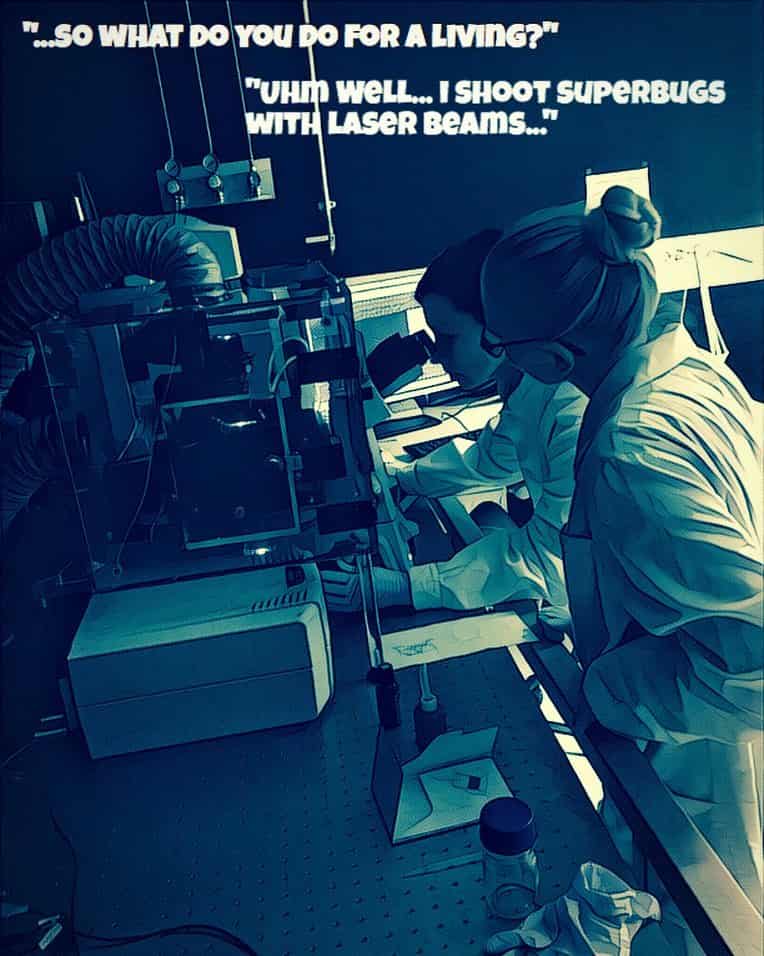 Recently, as a New Year's resolution (well, you know how these fail gloriously), I decided to become little bit more modern and find also other ways than books to channel some of the fun in the "life of life scientists" to people. The outcome so-far is an Instagram account and a Facebook page. If you are a fan of bad (lab) jokes, please find the links below and help me keep my resolution ;)

The process of thesis writing 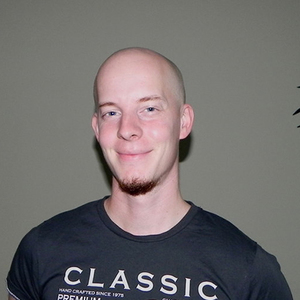 Thanks Matti, great to hear the story behind your book and approach to writing. I will hunt out a copy asap!

Claudio Nunes-Alves about 4 years ago

Really nice story Matti. And great advice there as well, with the "Every once in a while, I poured a glass of red wine and, instead of staring brainless TV-shows, I opened my laptop." We could all benefit from that approach (I'll certainly make that my new year resolution!)

+3
Anjali Gowripalan and 3 others
Training grants available to early career researchers
Nature Research Comms Biology Comms Earth
From the editors, On the road

+1
Samantha Zimbler and 1 other
We support #ShutdownSTEM
In the news, Under the microscope

Ruth Milne
Contributor
On the road

Ramakrishnan Sitaraman
Nature Portfolio Microbiology Community
We use cookies to help improve your experience. By continuing to browse our website you are consenting to our use of cookies.
Learn more