Menu
A community from Nature Microbiology
Contributor
News and Opinion

Facilitating WGS and Bioinformatics for surveillance of food and waterborne pathogens

A large European project (INNUENDO) was recently launched in order to develop a standardized cross-sectorial framework for the application of bacterial Whole genome sequencing (WGS) for surveillance of food-borne pathogens.

The consortium running the INNUENDO project includes governmental organizations, authorities and research institutes from the food, veterinary and human sectors, from Finland, Estonia, Latvia, Portugal, Basque Autonomous Community in Spain and Austria, and is co-financed by the European Food Safety Authority (EFSA).

While outbreaks of food-borne pathogens are of major public health concern at national level, the increased movements of people together with the expansion of international trade in foodstuffs make them important cross border health threats. In this regard, efforts are needed to rapidly set up internationally agreed and harmonized WGS and bioinformatics tools for surveillance of Food and waterborne disease (FWD) at cross-sectorial level.

Still, the underlying scientific work on this field has mostly been performed by the “so-called” large labs, leading to a current uncertainty whether this cutting-edge approach will be effectively available for member states with distinct capacity for WGS and downstream bioinformatics that depend on budget and facilities capacities.

In fact, the potential of widespread, routine use of WGS analysis for public health protection is still restricted by the absence of accessible IT framework, and by the limited skills in handling these novel methodologies of personnel staff involved the never-ending surveillance of FWDs (from laboratory technicians and public health microbiologists to epidemiologists and physicians).

Taking this critical aspect into account, the INNUENDO aims at establishing a “one size fits all” framework committed to guarantee that “smaller players and end-users in the field” have effective access to the disruptive and strategic approach of applying WGS for surveillance of food-borne diseases.

This aim is aligned with the EFSA mission to promote the development and validation of new approaches in microbial characterization throughout coordinate efforts between all public health and food safety stakeholders. The project, co-funded by EFSA with a Thematic grant (GP/EFSA/AFSCO/2015/01/CT2 “New approaches in identifying and characterizing microbial and chemical hazards”) by approximately half a million Euros, will have a duration of 30 months, and it is expected to be an important player on the ongoing genomic revolution in public health microbiology.

The information provided above it is published under the sole responsibility of the authors, and shall not be considered as an EFSA output. 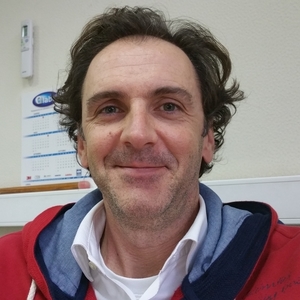 Elliot Brooks
10 reasons why everyone should advocate for Covid-19 vaccine equity
Contributor
Coronaviruses: Past, Present and Future , News and Opinion

Madhukar Pai
Where Can I Publish My Global Health Blog Post or Op-Ed?
Contributor
News and Opinion, Gallery