​All animals (from protists to humans) must be considered meta-organisms comprised of the host and its microbial consortia including bacteria, fungi, viruses and other eukaryotic species. These host-microbial associations provide an enormous nutritional capability as well as protective and developmental functions that contribute to the well-being and health status of the meta-organism. In corals, the term holobiont was advocated to refer to the same concept. However, unlike humans and other model organisms, the understanding of coral-bacteria symbiosis is still in its infancy and most efforts have focused on the endosymbiosis between corals and Symbiodinium (microalgae). Only a few bacterial species associated with corals have been characterized and their functional roles are often not well understood.

Coral holobionts and the reef ecosystems they constitute are highly susceptible to the impacts of climate change, marine pollution, and overfishing. Efforts from the scientific community are aimed at understanding the coral response to these impacts and the factors involved in their adaptation and resistance to such disturbances. One crucial part of this understanding includes how microbes are contributing to this process and which species are providing key requirements for modulating holobiont homeostasis. One of the symbiotic bonds formed between bacteria and corals is with members of the ‘notorious’ or ‘enigmatic’ bacterial genus Endozoicomonas, given its wide distribution and association with hosts as diverse as corals, sponges, sea slugs, and fish (Neave et al., 2016). However, comparatively little is known due to the difficulties of looking at bacteria ‘in the host’. After having confirmed that specific species of Endozoicomonas are associated with a given coral species globally, and reside deep within the tissues (Neave et al., 2017a), the authors wanted to take the next step and further understand the potential function of this microbe (Neave et al., 2017b). To do this, the authors overcame cultivation limitations by using a state-of-the-art single cell sorting and metagenomics approach to reconstitute bacterial genomes associated with three coral species (Stylophora pistillata, Pocillopora verrucosa and Acropora humilis) and exploring these genomes to shed light on some important gaps of knowledge about coral symbiosis.


The authors of this paper compared genomes of Endozoicomonas associated with these corals as well as a sponge, sea slug and other coral species obtained from cultivated isolates. One of their main findings shows that Endozoicomonas genomes are large, unlike other obligate endosymbionts and therefore, the authors suggest that these symbionts are likely to have free-living lifestyles. When comparing Endozoicomonas genomes to other members of the same family (Oceanospirillales), the authors found enrichment in transposition and DNA-recombination elements that can possibly explain rapid adaptation and transitions between free-living and symbiotic lifestyles. The authors also showed evidence pointing at their participation in the nitrogen cycle by the presence of elements involved in nitrate reduction, possibly linked to the synthesis of amino acids. This finding led the authors to propose the production of essential amino acids as one of the contributions of Endozoicomonas to the holobiont symbiotic system. The authors discuss carbohydrate transport, largely lactose and cellobiose possibly from Symbiodinium, as another potentially important contribution to the host. The authors raise the interesting possibility that corals possess mechanisms to control Symbiodinium populations in the host gastrodermal cells, and that Endozoicomonas may contribute to this process by scavenging unwanted components of Symbiodinium cell walls.

As anticipated, it is not easy to pinpoint the function of uncultivable bacteria, nevertheless the studies by Neave et al. illustrate important functional aspects of Endozoicomonas that might be playing important roles in coral symbiosis. Importantly, the authors did this by applying new approaches to the field of coral biology that allowed them to reconstitute some of the first bacterial symbiont genomes from corals. Naturally, much remains to be refined in the context of in situ interactions and the contribution of Endozoicomonas to this coral´s tale, but with more genome information and experiments on the way, the future is bright and exciting. 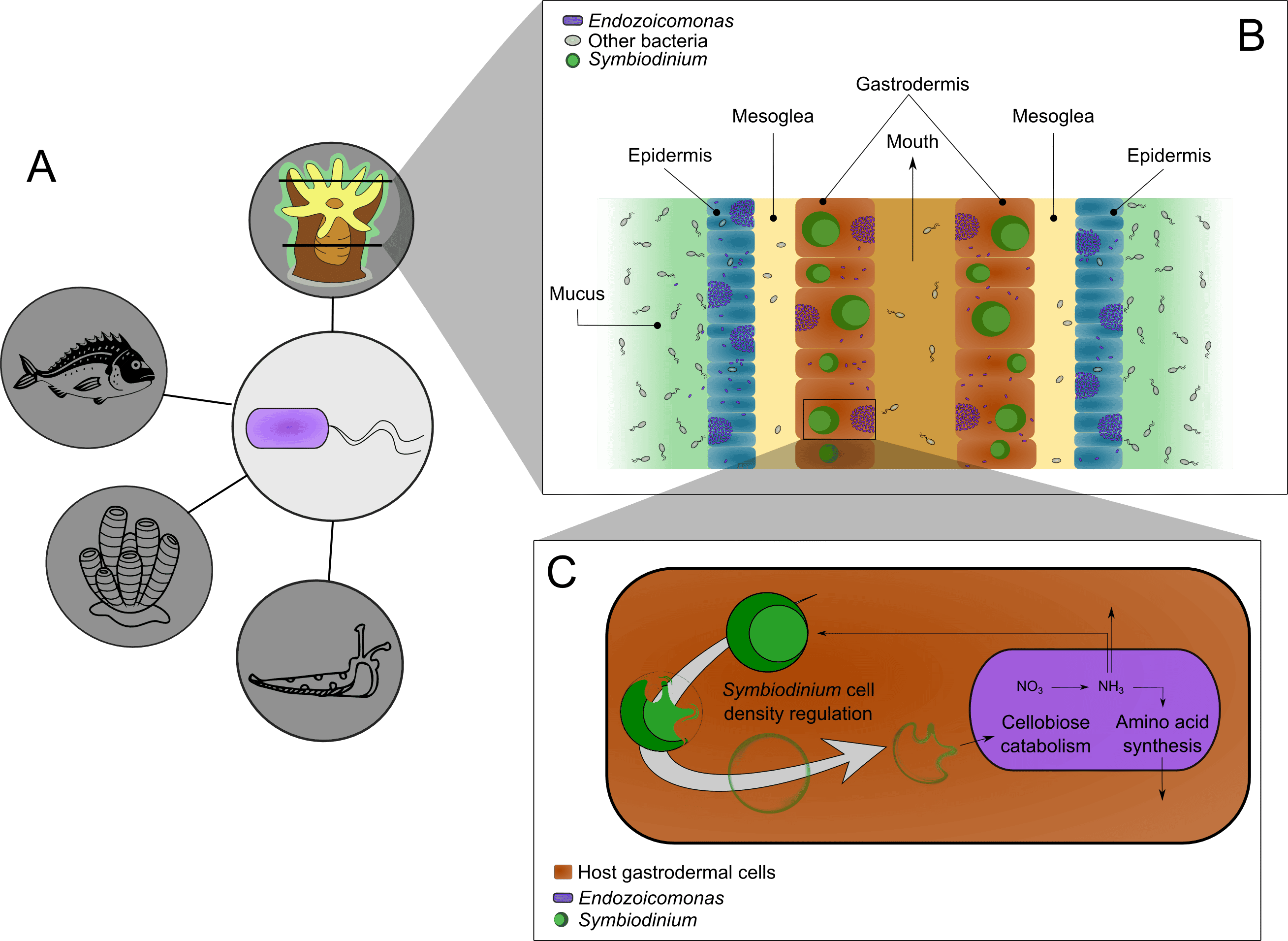 A. Endozoicomonas species have been reported in association with a large diversity of marine organisms, including corals, fish, sponges, and sea slugs. B. In corals, cross sectional examination of their tissue layers has shown that Endozoicomonas are found in high abundances forming cyst-like structures within the gastrodermal and tentacle epidermal cells. C. Endozoicomonas are proposed to participate in N recycling within coral tissues by reducing nitrate that can be possibly linked to the production of essential amino acids. Furthermore, Endozoicomonas are proposed to contribute to C recycle by scavenging unwanted components of Symbiodinium cell walls. Image created by Anny Cardenas

How can we become better teachers? 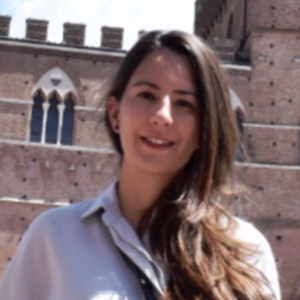 Marianne Guenot about 4 years ago

Thanks for uploading that Anny, what a great insight into a very complex environment. And what gorgeous figures! Hope to see more posts like this!