Extreme life at a serene environment

Arsenic and barium are ubiquitous environmental toxins that accumulate in higher trophic-level organisms. Whereas metazoans have detoxifying organs to cope with toxic metals, sponges lack organs but harbour a symbiotic microbiome performing various functions. Here we examine the potential roles of microorganisms in arsenic and barium cycles in the sponge Theonella swinhoei, known to accumulate high levels of these metals. We show that a single sponge symbiotic bacterium, Entotheonella sp., constitutes the arsenic- and barium-accumulating entity within the host. These bacteria mineralize both arsenic and barium on intracellular vesicles. Our results indicate that Entotheonella sp. may act as a detoxifying organ for its host.

The benefit of studying sponges is the workspace. For me it was the coral reefs of Eilat. There, between and underneath corals, you will find a multitude of sponges in all shapes and colors. 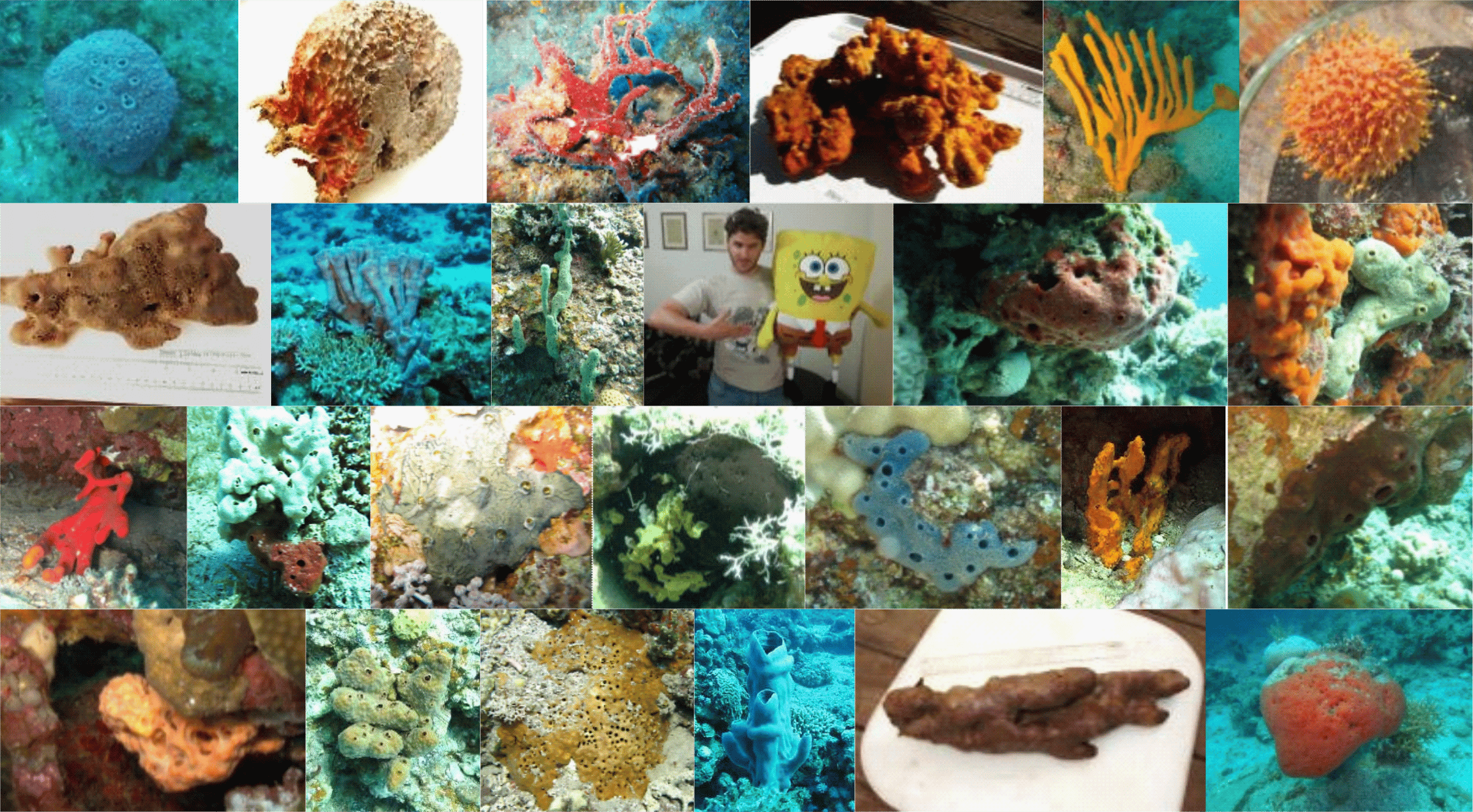 Our study, as so often happens, started with an unplanned detour. My friend and colleague Boaz wanted to study magnetism in sponges. As a diligent researcher, he first set out to analyze trace elements as background. After in-depth statistical analysis, he was surprised to discover that one species, Theonella swinhoei, stood apart as a hyper-accumulator of two elements: arsenic and barium (Mayzel et al 2014).

While Boaz was deep in the realm of biostatistics, I was trying to figure out what I wanted to do with my PhD. Hearing Boaz’s results in our group meeting (Ilan Lab at Tel Aviv University), I suggested this might be a related to the sponge’s dense and diverse microbiome. This little suggestion launched four years of exiting research in collaboration with some great guys.

Initially, we roughly separated sponge and bacteria cells and were able to say the arsenic (and probably also the barium) was sequestered by the bacterial community (Keren et al 2015 ). This was a nice finding, but we wanted more. Because the arsenic and barium concentrations were so high, Boaz, Adi and I hypothesized that few bacteria will play a more prominent role in the sequestration, and since these elements are electron dense we would be able to find them using the backscatter mode in a scanning electron microscope. The first time we tried it, it was like turning on the Christmas tree lights. With lady luck on our side, not only did we discover that a single bacterial species was the accumulator of both elements; this bacterium, Entotheonella sp., had a very distinct morphology (filaments). In addition, the cherry on top, we discovered the bacterium was precipitating the elements intracellularly! This enabled us to separate a clean fraction of these bacteria for testing.

I was fortunate to have such great collaborators throughout the four years of research of the bacterium. Prof. Pokroy took an Entotheonella sp. sample to the European Synchrotron Radiation Facility within a week of that first image. There, he saw that barium is mineralized as barite and smaller peaks of unknown arsenic mineral. Subsequent diffraction analysis revealed that the crystalline arsenic was calcium arsenate. The presence of these minerals was also validated under cryo conditions in collaboration with Dr. Fakra.

The last piece of information was found during the review process. A reviewer asked for TEM images to localize the minerals within the cells. Those images revealed that the mineralization occurs on vesicles. Additionally, smaller vesicles in the periplasm of the bacterium could explain how the elements might be accumulated from the surrounding environment.

It has been an exciting four years of research and I got through them with a lot of hard work, some educated guesses, and help from my friends.

The original paper can be found here:

Marianne Guenot over 3 years ago

Elizabeth Kutter over 3 years ago

a delightful and fascinating paper -- which also shows how much following one's passion can lead to particularly important and interesting results! Keep it up!