In our recent paper published in Nature Microbiology we use a systems biology approach to unravel fundamental characteristics of transcription in a hyperthermophilic archaeon. Our findings not only contribute to the understanding of the transcription cycle in archaea, but also have implications across all domains of life.

Before joining Finn Werner’s laboratory at University College London, I had been performing ChIP-seq on transcription factors in bacteria and was eager to apply this to something new. Archaea are often misunderstood as being “weird bacteria” studied due to their ability to live in extreme environments. However, these microbes are key to understanding the origin and evolution of life. That is because archaea represent a separate domain of life, and it is from this domain that more complex life, i. e. the eukaryotes, evolved (Figure 1). This makes archaea vital to the investigation of key processes, such as the central dogma of biology: DNA makes RNA makes Protein, and the first step in this process? Transcription. The similarity between archaea and eukaryotes is most evident in their information processing machinery: Transcription, translation and DNA replication. The transcription machinery of eukaryotes and archaea contains components, such as additional subunits of RNA polymerase and its transcription factors, that are absent in bacteria. Despite this, archaea, being prokaryotes, have a bacteria-like template on which its transcription machinery acts, with small, closely packed genomes, making them extremely interesting organisms to study. 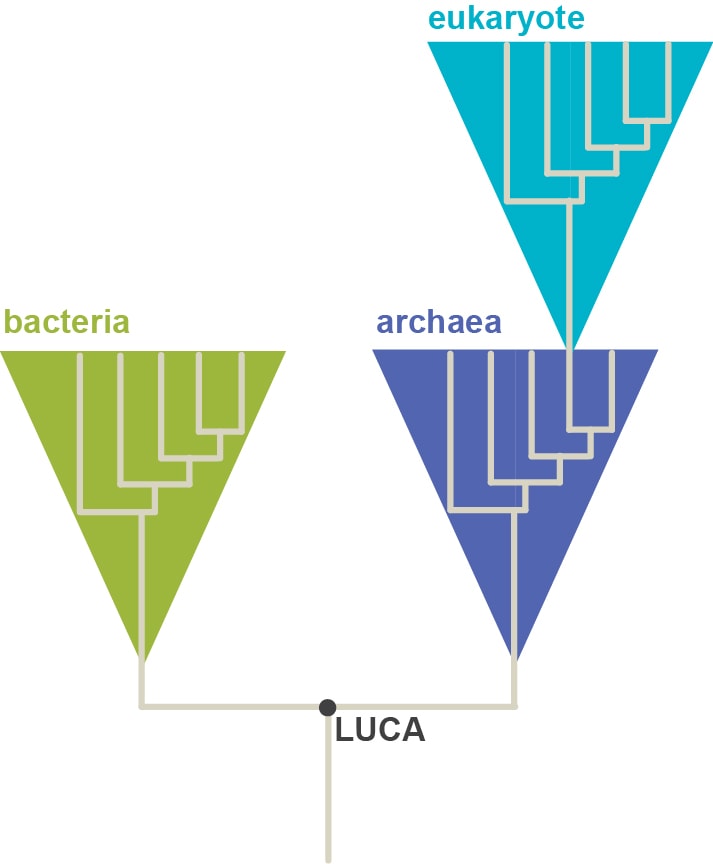 Figure 1. We evolved from Archaea! The most recent phylogenetic analysis shows that eukaryotes most likely evolved from within the archaeal domain making them vital to the study of basic biological processes such as transcription. LUCA: last universal common ancestor. Image from Blombach et al 2016, DOI: 10.1016/j.jmb.2016.04.016

Finn’s lab is focused on transcription mechanisms in hyperthermophilic archaea like Methanocaldococcus jannaschii and Sulfolobus solfataricus and had developed systems capable of elegant biochemical and biophysical ways to dissect transcription in vitro. It was up to me to determine whether what we see in the test tube is what is occurring in the living archaeal cells. First I had to meet our archaeon, M. jannaschii, an extremophile from the depths of the Pacific Ocean. This required a trip to Germany, and the Institute of Microbiology Archaea Centre at the University of Regensburg, one of the few places equipped with the specialised fermenters required to grow M. jannaschii. Despite these technical challenges, it turned out that performing the assays was the (relatively!) easy part. A major step in establishing a ChIP protocol for M. jannaschii was the crosslinking of the cells. M. jannaschii prefers to grow at 85°C, whereas formaldehyde crosslinks are reversed at 65°C. Even though all logic told us that we would not succeed, it turned out that due to the equilibrium of chemical reactions the crosslinking worked very well! What then followed was analysis, analysis and yet more analysis.

This project aimed to dissect out the transcription cycle on the genome, by looking at the occupancy of RNA polymerase and its transcription factors and combining this with maps of the transcription start sites (TSS) and the transcriptional output. This way we were able examine archaeal transcription in vivo at a level not done previously, and add to our understanding of the initial stages of transcription summarised in Figure 2. Beginning with the recognition of the promoter by transcription factors TBP and TFB and recruitment of RNA polymerase to form the preinitiation complex. This complex is stabilised by separation of the DNA strands forming the open complex, aided by protein factors such as TFE and the DNA sequence of the initially melted region (IMR). To transcribe the gene, the RNA polymerase must break the interactions required to form a stable initiation complex in a process known as “promoter escape”. Previously structural and functional evidence from our lab had predicted this was influenced by competition between initiation factor TFE and elongation factor Spt4/5, the only transcription factor to be conserved throughout all three domains of life (Grohmann et al 2011, DOI:10.1016/j.molcel.2011.05.030). We now show that Spt4/5 is recruited very early, proximal to the promoter at most genes, adding evidence that factor swapping occurs in living cells. Along the way, we also had some unanticipated findings. Perhaps most interestingly, we found evidence for a second mode of Spt4/5 recruitment, that would suggest that yet other factors are involved in transcription on certain genes. In addition, we not only identified TSS genome-wide but also assessed their fidelity enabling us to test the role of the initiator (Inr) in start site selection. 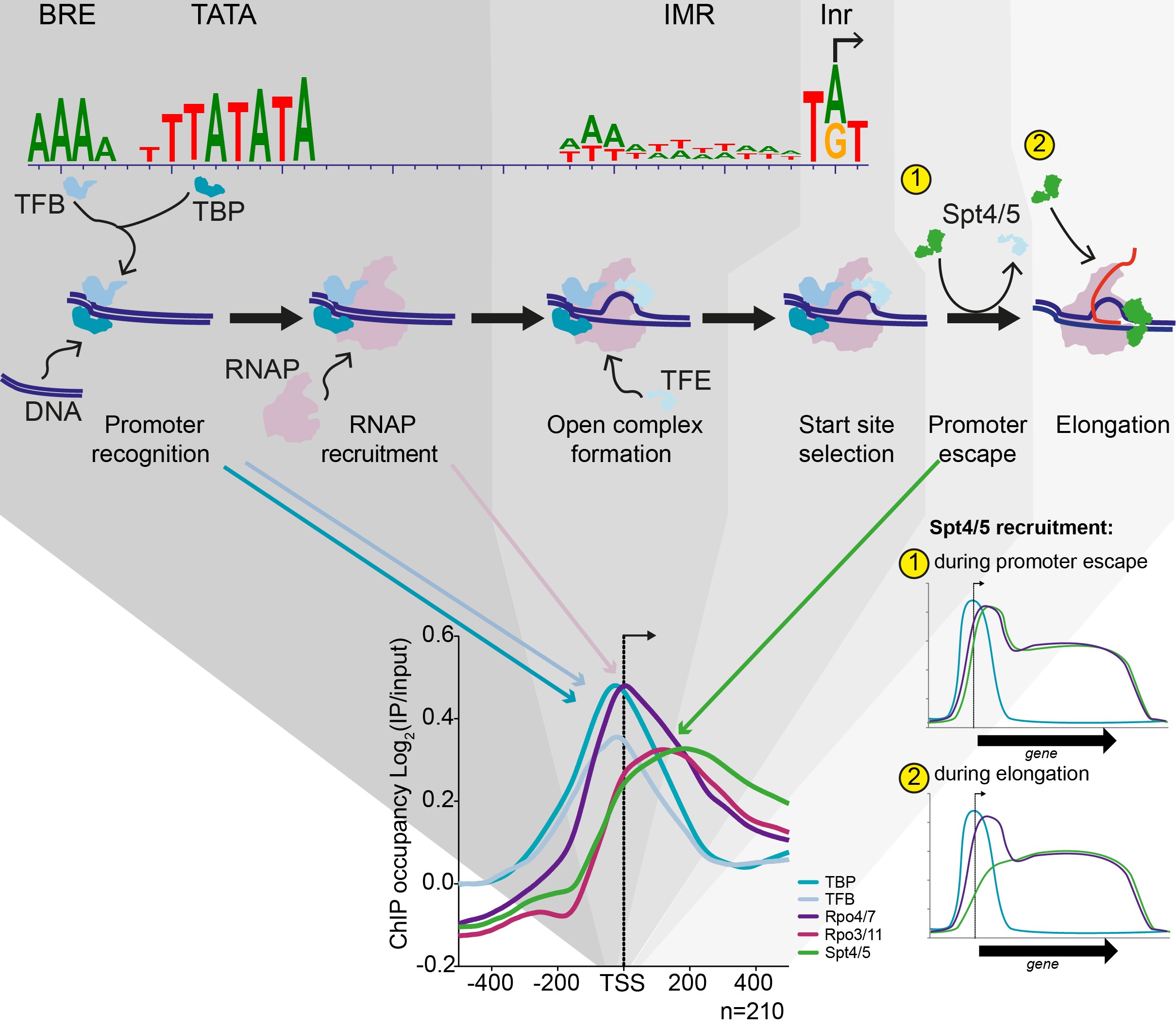 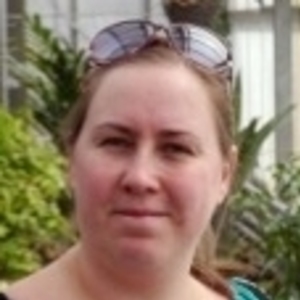 Rashadul Islam
about 4 years ago
Thanks a lot Smollett for your sharing. The story behind the journey is a kind of inspiration like us and your visual explanation is outstanding.