Malaria is one of the leading causes of global infant mortality. Whilst major gains have been made in recent years, reducing deaths to (a still staggering) 500,000 per year, increasing resistance to antimalarial drugs and mosquito insecticide resistance are a perennial threat to progress made. And there is still no licensed vaccine. This has resulted in a major push internationally to identify new drugs with new modes of action, diversifying the portfolio of available future antimalarials. Ironically, some of our best known antimalarials, in contrast to their modern counterparts, have very poorly defined modes of action. This is the situation for Mefloquine. The drug is more than 40 years old and has been the bedrock of both historical and contemporary drug combination regimens. However, whilst effective in malaria prophylaxis the drug has well-documented neurological side effects, a feature that is hard to address without knowing precisely how it actually kills the parasite. This is the task we set out to explore utilising the latest breakthrough technology of cryo-electron microscopy – literally using a microscope to solve the structure of the drug in complex with its target and use this as a road map for drug re-design. Our approach not only gives us hope that new life could be breathed into Mefloquine as an antimalarial but that the methodology of drug discovery and design with a microscope could revolutionise future efforts in the drug discovery arena.

Scientific breakthroughs often come when you least expect them. As a PI in Melbourne, Australia, at the Walter and Eliza Hall Institute, I had made the difficult decision to move my laboratory to Imperial College in London. At this time, day-to-day science felt more like winding up projects than starting new ones. It was at this key juncture though that a postdoc in the lab, Dr. Wilson Wong, came up with the exciting idea of exploring ribosome biology in the parasite. Finding an old manuscript of the great Masamichi Aikawa (1) we attempted our own purification of ribosomes from parasites. Having tried protein purification in many contexts, it was remarkable how readily pure ribosomes could be isolated from large scale parasite cultures. Visualizing the purified preparations by electron microscopy, the results were no less striking. We quickly realized that, whilst the amount of material would never be enough for the classical approaches of crystallography to solve its structure, the malaria parasite ribosome would likely yield to the then emerging technology of cryo-electron microscopy (CryoEM) – using a microscope to solve macro-molecular protein complex structures.

At this time, some of the most transformative work in the area of cryoEM development towards achieving atomic resolution was going on at the Laboratory of Molecular Biology, the LMB, in Cambridge UK (2). Approaching the group leading the charge, we were incredibly gratified that Dr. Sjors Scheres – a computation master in the field of CryoEM – welcomed the idea of doing something together towards antimalarial drug discovery. Thus, as boxes were being packed for London, a small shipment of parasite material was making its way over to Cambridge – along with Wilson, funded through a generous travel award from the EU OzEMalaR network.

The ribosome is ideal for CryoEM technology. Its nearly spherical shape means that in vitrified sections it will sit in every orientation, making computational reconstruction of the entire complex possible. Thus, we were perhaps not so surprised that within a few weeks of being in Cambridge, under the expert guidance of Drs. Scheres, Bai and Brown, we had an atomic map of the Plasmodium falciparum (the most virulent human malaria parasite) cytosolic ribosome in hand – and to a resolution (3.2 Ångström) that could differentiate amino acid and nucleic acid residues. With more than two months left in Cambridge, we fortunately had the foresight to send along with Wilson drugs that might have a predicted mode of action in targeting the ribosome. Could we solve the structure of a drug bound to the ribosome?

Although well known in antibiotics (for example Chloramphenicol used to treat conjunctivitis) translation inhibitors – drugs that stop ribosome or translation machinery activity – make up a very minor class of classical antimalarials, tetracycline and doxycycline being the most well-known. In recent years, this has changed dramatically as screening programs begin to identify new drugs with shared activity against protein translation (3,4). Our first attempt at a co-structure used the drug emetine – a translation inhibitor with known antimalarial activity (though with the unfortunate side effect of causing vomiting!). A hint towards the precise mode of action of emetine had already come from mutation studies in mammalian cells, so we knew approximately where to look in ribosomes incubated with the drug. This still made the observation remarkable when after extensive computational analysis we could literally resolve emetine bound to the ribosome – verifying the target site and mode of action of this drug. At this point we became very much tuned into the possibility of drug discovery with a microscope (5).

Our attention next turned to Mefloquine, following a hint towards its potential mode of action taken from work in yeast protein translation from colleagues at GSK in their large-scale drug discovery work at the Tres Cantos Disease of the Developing World program in Spain (6). Without a defined mode of action, revitalising Mefloquine has stalled, despite its use as an effective antimalarial in areas of rising resistance to front line combination therapies based on artemisinin (7). As such, and leaving Wilson with Mefloquine at the LMB, neither of us were expecting a direct hit. Looking back, there have been few more exciting emails than the one that arrived on my desk entitled “Mefloquine solved!”. Mapping how one of the longest-serving malaria drugs works radically opened up the possibility for future efforts aimed at altering its structure to make it more effective, potentially also allowing us to address resistance. With the structure in hand, proof of mode of action became the key challenge.

Subsequent herculean efforts from colleagues back in Melbourne, directly altering the Mefloquine binding site using newly adapted CRISPR/Cas9 technology in the parasite to confer sensitivity or resistance combined with alterations to Mefloquine itself to make the drug a better or worse fit for its binding pocket were both major challenges – and could not have been achieved without the expert work of Dr. Tony Triglia and Dr. Brad Sleebs respectively at the Walter and Eliza Hall Institute, together with support from colleagues at the University of Melbourne under the guidance of Dr. Stuart Ralph.

Combining the work; cryoEM, medicinal chemistry, genetics and parasitology, has been an exciting and often challenging process but with it comes the potential to revisit Mefloquine usage and potentially breathe new life into the drug.

To be sure, the road ahead for Mefloquine is still uncertain, it has certainly been associated with serious neurological side effects, including clinical depression. Furthermore, it is important to point out that Mefloquine, like most drugs, likely attacks several sites in the Plasmodium cell. However, even with these caveats, having a defined mode of action in hand opens up the possibilities for making a more precise antimalarial to reinvent Mefloquine for the 21st Century. Since it takes a lot of resources to discover new drugs, tweaking the structure of existing drugs is worth considering as a way to reinvigorate them, and potentially gain significant benefits with far fewer resources.

Perhaps most importantly for the drug discovery community, the work has been a revelation for us in terms of the power of CryoEM to work with parasite protein complexes – macromolecular assemblies that are often too low in concentration to ever realistically be amenable to attempt crystallography. We are certainly addicted, and would predict that drug design with a microscope will become a commonly used approach for drug discovery not just for malaria but for many of our most deadly pathogens.

The paper in Nature Microbiology is available here: http://go.nature.com/2mI01v6 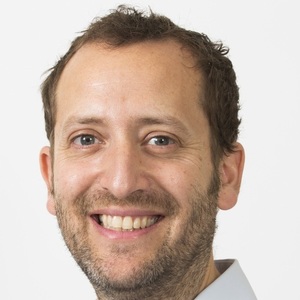