The limitations of existing model systems to study Chlamydia in the laboratory have hampered the study of this important bacterium. However, our recent research development using a combination of stem cells and CRISPR enabled us to unravel key players involved in limiting Chlamydia in macrophages.

Chlamydia trachomatis was first discovered by Ludwig Halberstaedter and Stanislaus von Prowazek in 1907. Chlamydia is derived from the Greek word chlamys, which means, “cloak draped around the shoulder” to describe the inclusion of bacteria that surround the nuclei of infected cells. A hundred years after its discovery, Chlamydia is one of the most common sexually transmitted infections in the UK and globally (accounting for 46.1% of all STIs diagnosed in 2015 (reported by Public Health England)). It is often dubbed as the ‘silent disease’ as it rarely produces symptoms in infected individuals early on. However, left untreated, Chlamydia infection can lead to infertility, blindness and reactive arthritis. Although Chlamydia is a major bacterial pathogen in the community, it still remains as one of the less well-studied microorganism.

We were interested in understanding how Chlamydia interacts with immune cells such as macrophages. As an obligate intracellular pathogen, Chlamydia can hide out in macrophages, which leads to persistent infection, chronic inflammation and delayed response to antibiotics. However, the first hurdle that we had to overcome was to develop human macrophages that can support Chlamydia infection in the lab and can be genetically modified to allow us to study specific human immune genes.

In our Nature Communications paper (https://www.nature.com/articles/ncomms15013), we developed a method to differentiate stem cells into macrophages that can support C. trachomatis infection. Using CRISPR/Cas, we were able to mutate two genes, IRF5 and IL10, in the human macrophages to show that these two genes play a role in limiting Chlamydia growth in macrophages.

In addition to Chlamydia, this model system can be extended to other pathogens to advance understanding of complex host-pathogen interaction. Moreover, we can use this system to study the role of human genetics in influencing the outcome of infections as well as other disease states. Our next step is to adapt our model system to perform high throughput drug screens to identify novel drug targets for limiting bacterial infections.

The paper in Nature Communications is here: http://go.nature.com/2q4bqFi 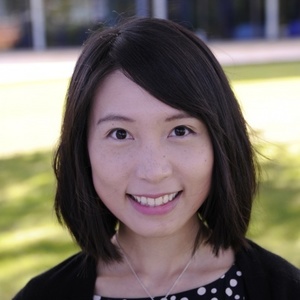