Can we expect more than one virus per mosquito bite?

​In our most recent publication in Nature Communications we describe our work on coinfection of Aedes aegypti mosquitoes with three medically important arboviruses: chikungunya (CHIKV), dengue (DENV) and Zika (ZIKV) virus.

In Rückert et al 2017 we describe our work on coinfection of Aedes aegypti mosquitoes with three medically important arboviruses: chikungunya (CHIKV), dengue (DENV) and Zika (ZIKV) virus. All three viruses are currently co-circulating in the Americas and are predominantly transmitted by the same mosquito species, Aedes aegypti. While several studies over the last few years have reported individual coinfection case reports, as well as cohort studies with over 20% coinfection rates, the impact of coinfection with CHIKV, DENV and ZIKV on human health remains unclear. All combinations of coinfection (including triple infection) have been reported, but a potential effect on disease severity remains unknown. These observations raise several new questions. How does co-infection effect pathogenesis? How do people become infected by multiple viruses at once? Are mosquitoes capable of transmitting viruses in a 2-for-1 or even 3-for-1 manner? And, importantly, how is mosquito vector competence affected by a bloodmeal containing multiple viruses?

In the present study, we investigate the effect of coinfection on virus transmission by vector mosquitoes. Our lab already had the expertise to do mosquito infections using flaviviruses and alphaviruses, including studies on vector competence and virus evolution. When we designed our coinfection study, we had in mind that the three viruses have different growth rates, peak titers and the vector competence of one mosquito population may vary for the different viruses. We knew that DENV can be difficult to work with, and should be used as a fresh virus stock for mosquito infections as opposed to a frozen stock. We had previously observed the same for ZIKV (Weger-Lucarelli et al. 2016). So we decided to propagate all three viruses for each experimental infection to avoid any freeze-thaw. This required good timing to get all of the viruses at peak titers. It also meant that between experimental replicates, titers varied and were often low. We considered this ‘problem’ as both a weakness and strength of our study – on the one hand, titers varied between experiments and we would have liked to keep them consistent. On the other hand, as a result of this variation, we ended up using a range of input titers that roughly spanned the clinical range of viremia described for the three viruses. For all dual infections, we included parallel single infections, so that we had an intrinsic control for each experiment and titer variation would not affect our general conclusions.

We used American isolates of the three viruses - CHIKV isolated on the British Virgin Islands, DENV-2 isolated in Merida, Mexico, and a Puerto Rican strain of ZIKV. We were somewhat lucky that our Mexican mosquito colony was competent for all three viruses. When it came down to the mosquito infections, all hands were on deck. Over the course of 6 separate experiments, we infected and dissected over 1700 mosquitoes in order to get the numbers needed to draw firm conclusions on how different virus combinations affected vector competence. We aimed for 40 mosquitoes per condition/time point and at least 2 repeats for each condition/time point. As time points we chose an early (3dpi), intermediate (7dpi) and late (14dpi) time point, since CHIKV can be transmitted very early on, while DENV and ZIKV need longer to ‘make it through the mosquito’. Our results show that Aedes aegypti mosquitoes can transmit all combinations of CHIKV, DENV-2 and ZIKV simultaneously and that infection with multiple viruses has only a subtle effect on vector competence compared to single infections. Detailed results can be seen in our manuscript, but we were surprised to see how little effect coinfection with multiple viruses has on vector competence. We expected these viruses to either suppress each other e.g. due to a lack of resources within the mosquito, or to enhance each other by suppression or overwhelming of antiviral responses. However, for the most part, vector competence was only minimally affected.

The big question is what is the relevance of our findings? There are a few things to consider. For once, we believe that coinfection in humans is probably more common than scientists initially thought, based on the recent literature; and based on our data, coinfection of mosquitoes may also be relatively common during co-occurring outbreaks. This could mean that there are not only transmission cycles for the individual viruses, but there may also be a co-transmission cycle, where a mosquito feeds on a coinfected person and later transmits multiple viruses to another person (and so on). We would eventually like to back this up with data from the field; however, since timing is key and co-occurring outbreaks are often reported retrospectively, it will be difficult to be at the right place at the right time. In addition, we are currently studying the implications that coinfection may have on virus evolution and how the three viruses interact in the mosquito (or not…). There are still a number of open questions relating to the impact of coinfections in both the human and the mosquito vector - we hope to answer some of them in the future. 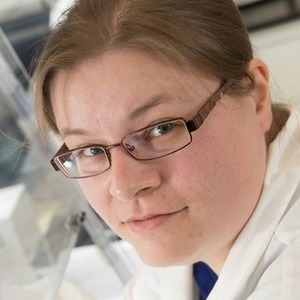 I'm an arbovirologist currently working in Greg Ebel's lab at Colorado State University. I have a background in tick cell research, but I am passionate about mosquitoes and the viruses they transmit. I am interested in determinants of mosquito vector competence, virus-vector interactions in general, as well as virus evolution. I received my PhD in Virology from the University of Edinburgh, after getting an MS in Infectious Diseases and BS in Biology at Heidelberg University in Germany. I am German, currently living in the US, with a love for Scotland and the UK in general.
Follow