Engineering bacteria to paint with light

Light is a powerful medium for sending information. While we usually think of light as a way to communicate between electronic computers, a wide spectrum of living organisms also use light signals to control specific cellular processes. Optogeneticists have taken advantage of the light sensor proteins that control these processes and adapted them to study and engineer biological systems.1

In 2005, a consortium of groups at UCSF and UT-Austin demonstrated the use of an exogenous red light sensor to pattern an image on a lawn of Escherichia coli.2 In this system, a red light sensor that controlled the expression of the beta-galactosidase enzyme was introduced into E. coli. This enzyme turned the colorless S-gal chemical into a black precipitate. Shining a pattern of red light onto a plate of bacteria carrying this genetic system would therefore generate a black and white bacterial “photograph” with pixels the size of single cells. Jeff Tabor’s work greatly advanced this “bacterial photography,” integrating the red sensor with circuits as well as a green sensor.3,4

Inspired to complete the color palette for this “bacterial photography”, we set out to build a 3-color system of light control in E. coli. This was a daunting task, considering the size and complexity of each light sensor. Fortunately, since 2005, a multitude of synthetic genetic parts and tools have become available that greatly enabled more complex genetic engineering. Our favorite tool was the Ribosome Binding Site (RBS) Library Calculator,5 which generates RBS library sequences that enabled us to quickly “tune” gene expression to levels that gave us the desired phenotypes.

While our genetic engineering capabilities had advanced considerably since 2005, we ironically ended up using the same light source (a 1990’s slide projector) used by the UCSF/UT-Austin groups! While this projector was “good enough”, the slides through which we projected our images did not produce monochromatic color spectra, and our bulbs would often burn out overnight, adding an additional layer of challenges to the work. Clearly, there is a lot of potential here in improving the interface of the hardware and wetware.

The 3-color system, 18 genes and 46 kbp of DNA large, was also a remarkable example of biological modularity. At least seven different organisms contributed to the cast of genes and parts, including the viruses T7 and lambda, the cyanobacterium Synechocystis, the bacteria B. subtilis, E. coli, Pseudomonas, and Methylophaga. Like our multicultural cast of authors, the individual parts of our system were diverse but worked well together. 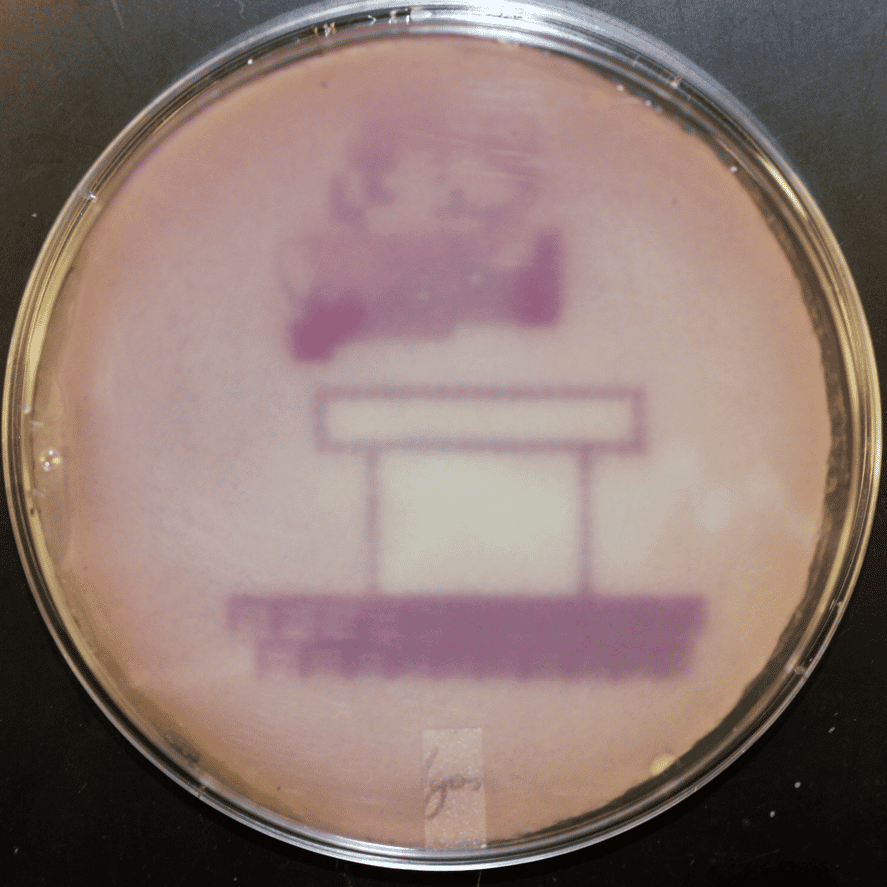 Jesus, who built and tuned much of the system, is a big fan of Nintendo. So, the first image we generated was one of a jumping Mario (see image above). While the color production was visually striking, Felix was very interested in using the light sensors to do something more practical. So, we engineered as outputs a set of CRISPRi guide RNAs to control expression of key genes in the E. coli acetate pathway. This demonstrated that we could also use different light inputs to dynamically control native gene regulation. Light sensors clearly offer a rainbow of useful (and useless but pretty) applications.

The paper in Nature Chemical Biology is here: http://go.nature.com/2rMC2vg 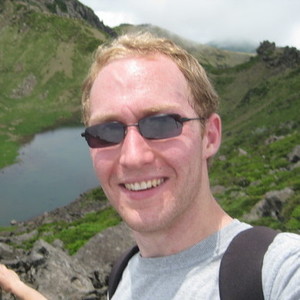