Thoughts about finding Evidence of Life on Mars?

We are a diverse group of students at Ryerson University part of the Ryerson Rams Robotics team (R3) under the Science division. R3 is currently a group of about 30 students, most of whom just participated in the international competition called the University Rover Challenge (URC) on June 1, 2017. The URC calls upon stundents to design a working Mars rover and compete against other universities worldwide at the Mars Desert Research Station (MDRS) in the Utah desert.

I have been contemplating for a while about writing this letter since I wasn’t entirely sure of my proposal, but I would like to get some perspective now that the competition is done. For some context, the science aspect of the competition is split into two, whereby there are onboard rover field tests and command station tests; the former begins with collection of subsurface soil, then an onboard, automated analysis of the soil, while the latter is done in a lab on the same soil sample afterward. The purpose of all testing is to compile a compelling argument for there being evidence of life on Mars (simulated in MDRS, Utah). The primary challenge for the science task is that the latter portion of testing and analysis must be completed and in under 20 minutes.

Our plan was based on the Miller-Urey experiment and the RNA world hypothesis. After a soil sample is extracted and stored by the rover’s arm, onboard tests are conducted (pH, temperature, humidity). It is then brought to the command station. After testing for the six main elements found in life systems we conducted a DNA extraction.

In the most elementary form, life can be defined as a good design of polymers and is specified in more detail by the cell theory. The implication is the requirement of a self-replicating molecule, one of the main contenders being RNA. Therefore, we initially opted to conduct a RNA extraction and test for it’s presence using a spectrophotometer via the absorbance at 260 nm and 280 nm. However, a DNA extraction was chosen as it is a far more thermodynamically stable nucleic acid. Moreover, DNA is proposed to evolve from RNA.

We managed to get positive results in the 20 minute time period, indicating the presence of DNA in the collected soil sample. We won 11th place in the science section of the competition worldwide, however, I’ve been told it is too far of a claim to say DNA is to exist on Mars. We learn that science in it’s fundamental sense is to test predictions with the fewest arbitrary elements. Based on primordial Earth simulations and supported theories of how chemical evolution lead to biology, it seems sound that the detection of nucleic acids is the best option for life testing, given the positive results of other signs based on soil sample analysis. Granted, an RNA extraction would be better than DNA, but it’s far to unstable, and poses a logistical challenge to isolate it in under 20 minutes in a remote location.We wanted to write this post to get a bit of perspective of what others had to say about this topic. Our approach was to find the a very basic, yet strong parameter that we can use to show whether life could or exist on Mars. We opted away from microscopy and staining since it would take longer than the 20 minutes, and assumes knowledge of extraterrestrial cell morphology.

We wanted to write this post to get a bit of perspective of what others had to say about this topic. Our approach was to find the a very basic, yet strong parameter that we can use to show whether life may exist on Mars. We opted away from microscopy and staining since it would take longer than the 20 minutes, and requires a number of unreasonble assumptions, including knowledge of extraterrestrial cell morphology and similar evolution.

I was mainly responsible for designing the DNA extraction protocol with some assistance from Daniel Cresta. Hamza Mahdi and Daniel, focused on processing data collected on the rover and writing the software to analyze and quantify the the spectrophotometer data. We would very much appreciate comments on how we can improve our tests or provide clarification on what we did and why. 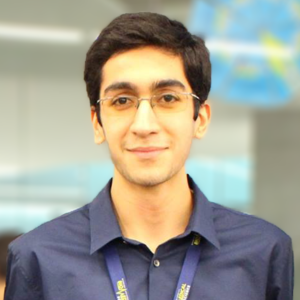 Andrew Jermy
almost 4 years ago
Interesting project and question posed, thanks for sharing! I have put your question to our twitter following too, lets see what they suggest!

10 reasons why everyone should advocate for Covid-19 vaccine equity
Contributor
In the news, Coronaviruses: past, present and future

+2
Xiaodong Alan Zhuang and 2 others
Nature Milestone: Vaccines
Nature Collections
In the news

Nicole Jackson
Nature Portfolio Microbiology Community
We use cookies to help improve your experience. By continuing to browse our website you are consenting to our use of cookies.
Learn more