Regular Positioning of Proteins within Bacteria

The cellular positioning of proteins is often a critical requirement for their function. In some cases, proteins self-assemble to form localised cellular structures or machines such as the flagellar motor. However, dynamic proteins that do not form stable structures can also be spatially localised and, in some cases, appear to do so without relying on any existing cellular landmarks.

We were interested in understanding the mechanism behind this organisation. In particular, the question arose in the context of the Structural Maintenance of Chromosome (SMC) complex. This is a ubiquitous protein complex involved in chromosome organisation and segregation that is found in all domains of life. In both Bacillus subtilis and Escherichia coli (in the form of the structural homolog MukBEF), it has been shown to aggregate at mid-cell (in short cells) or at the quarter positions (in long cells). We wondered how a cytosolic protein that binds DNA non-specifically could organise in this way?

We found that MukBEF bears all the hallmarks of Turing patterning. This is the mechanism most often used to explain self-organisation and multi-cellular pattern formation in biology such as skin pigmentation, hair patterning and the positioning of digit primordia. Not easily described by analogy, its explanation (and the prediction of its existence) comes directly from the mathematics of reaction-diffusion equations. In essence, it is a very nonintuitive physical effect whereby interacting molecules can overcome the homogenizing effect of diffusion to form regions of high density. One can think of a self-activating molecule that is slowly-diffusing in its active state and fast-diffusing in its inactive state. Local seeds of the active state then grow in size, depleting the surrounding region of the active form. This results in the formation of a periodic pattern of active molecules. Important to note is that the peaks of the pattern do not consist of stable clusters of proteins. Rather they are regions of instantaneous high-molecular density with molecules diffusing in and out. No stable protein-protein interactions are required.

Returning to the intracellular system of MukBEF, there is one major obstacle to the application of Turing patterning. The mechanism can explain why a pattern forms but it cannot specify which pattern. Fine-tuning of the model parameters can lead to the robust formation of a particular class of pattern (dots, stripes etc) and to a fixed wavelength but it cannot specify the phase of the pattern. That is, different initial perturbations can give rise to patterns that are off-set from one another. In the multi-cellular setting, this issue is generally ignored as the focus is on reproducing the type of pattern and its wavelength. It is also plausible that boundary cells can sense their position and correct for this off-set. However, this is clearly a problem if we want to explain the mid- and quarter cell positioning of MukBEF within individual bacterial cells.

The answer came from the biology itself. MukBEF is not always bound to DNA. It attaches and detaches in an ATP-dependent manner. This nucleoid-cytosolic exchange turned out to be critical for its positioning. It leads to a preference for a particular wavelength (removing the need for it to be fine-tuned) and phase of pattern - that is mid- or quarter positions etc, with selection being helped by stocasticity. In essence, the mechanism allows MukBEF complexes to sense the nucleoid length and position themselves appropriately. Again we emphasize that no stable protein-protein interactions are required beyond that within individual MukBEF complexes.

We also found that cell growth leads naturally to cluster splitting (using the word 'cluster' in the dynamical sense described above), with one cluster at mid-cell splitting and re-positioning to become two clusters, one at each quarter position. An alternative cause for splitting was the nucleoid becoming bi-lobed but this was inconsistent with experiments showing that MukBEF clusters split before this occurs.

As the well as providing an explanation for the MukBEF self-positioning and the mathematical advance of a phase fixed Turing pattern, we believe that the mechanism uncovered here could be useful in other system such as the chemotactic clusters of Rhodobacter sphaeroides. Self-organisation and positioning in bacteria has been particularly studied in the context of plasmid partitioning by the ParABS system. However, while several models have been proposed (filaments, DNA relay, elastic proteins), the actual molecular mechanism behind positioning in these systems remains unknown. In our case, the positioning arises naturally from the basic biochemical reactions of the system and therefore could provide an interesting alternative possibility for plasmid positioning as well.

The paper in Nature Physics is here: http://go.nature.com/2wpCu17 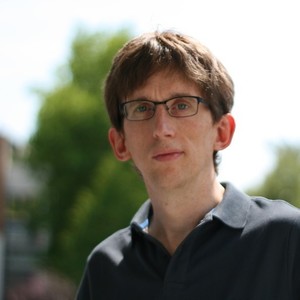