The post tells people how the team at U.S. Army Medical Research Institute of Infectious Diseases (USAMRIID) gets the idea to study Ebola virus persistence in monkey

Ebola virus (EBOV) causes severe acute disease with high lethality in humans and nonhuman primates (NHP). As such, Ebola virus is considered a category A bioterrorism agent by the Centers for Disease Control and Prevention (CDC) and a tier 1 select agent by the US Department of Health and Human Services. The large 2013-2016 Ebola virus disease (EVD) outbreak in Western Africa resulted in 11,000 deaths and 17,000 survivors, many of whom continue to have post-Ebola syndrome, exhibiting symptoms such as arthralgia, ocular disease, extreme fatigue, and hearing loss. In subpopulations of these survivors, Ebola virus has been found hiding in organs or tissues that are sheltered from the immune system, known as immune privileged sites, such as eye, testis, and brain. Persistent infection in these immune privileged sites can lead to EVD transmission from a survivor, potentially causing outbreak flare-ups. In May 2015 I joined the Pathology Division of the U.S. Army Medical Research Institute of Infectious Diseases (USAMRIID), the U.S. Army’s lead facility for medical biodefense research, as a Principal Investigator to build the Molecular Pathology Laboratory. During that time the EVD outbreak in Western Africa had grabbed the attention of people all around the world.  In June 2015, a New England Journal of Medicine paper reported that Ebola virus was found hiding in the eye of a survivor two months after he was discharged from the hospital, having been declared virus-free. Later in 2015, EBOV RNA was detected in the semen of a large portion of survivors. Genomic sequencing verified Ebola persistence in the semen/testis of one of these survivors had resulted in the sexual transmission of EBOV. However, the exact anatomical location of EBOV persistence in the immune privileged sites, the cellular targets of persistent EBOV infection, and the mechanism by which EBOV enters the immune privileged sites remained unknown. Understanding persistent EBOV infection in immune privileged sites would help to improve containment of new outbreaks.

Macaque monkeys are the animal model most widely used to evaluate EBOV medical countermeasures. I had doubts as to whether macaque monkeys fully recapitulated the persistent infection presenting in human survivors of  EVD disease because, despite having been used for EBOV research for many years, viral persistence had not been reported in macaques that survived EBOV challenge. However, pathology reports in our database showed that inflammation was sometimes observed in the immune privileged sites (eyes, testes, and brains) of EVD macaque survivors, suggesting EBOV previously replicated in these sites. I began to wonder if we could find answers in the archived tissues of macaque monkeys. We identified all the archived formalin fixed paraffin embedded (FFPE) eye, testis, or brain tissues from macaque survivors that had survived EBOV infection in the past 10 years of research at USAMRIID, either in the absence of or after treatment with candidate medical countermeasures. It was quite challenging to perform molecular detection of EBOV on these tissues.  In order to deactivate the virus for safe histological processing, these tissues had been formalin fixed for 21 days or longer, resulting in high levels of protein crosslinking which had to be reversed in order for molecular assays to work. Thus, we used a highly sensitive and specific RNAscope in situ hybridization (ISH) technique to screen EBOV in these archived tissues. In total, we identified 11 of 112 (9.82%) survivors that had detectable EBOV genomic RNA in eye, epididymis, or brain tissue. With the help of histopathologic review, we found varying degrees of host immune response presented in the immune privileged sites with EBOV persistence. Once we were able to identify the presence of EBOV in the immune privileged sites, I began to question whether the persistent virus was dormant. To investigate this, I developed a multiplex fluorescence in situ hybridization technique to detect EBOV genomic RNA and its replicative intermediate RNA in FFPE tissue. Using this technique, we determined persistent EBOV was still actively replicating in the immune privileged sites at the time of fixation.

Next, I wanted to understand how EBOV gains access to the immune privileged sites. Within our archived tissues, we were able to find samples from animals that had been taken at different stages of the disease, including those euthanized during the acute stage of disease (6-11 days post infection) and with delayed time of death (euthanized  in 16-24 days) in addition to survivors (euthanized at 28-43 days). We found EBOV progressively disseminated into eyes, brain, and testes through vascular structures. Particularly, we found initial EBOV infection of the vascular endothelium in the brain led to breakdown of the blood-brain barrier. 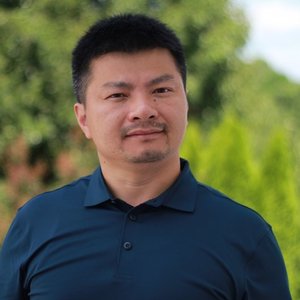 Very interesting and somewhat reassuring paper on this deadly virus..