In a Behind the paper article invited for World Hepatitis Day, Laura Pallett discusses her recent paper on the role of liver-resident CD8 T cells in patients with hepatitis B.

As efforts to reduce mortality attributable to the “Big 3” (HIV, malaria & TB) by the WHO (World Health Organisation) are succeeding, mortality from viral hepatitis is on the rise, with deaths rising by ~60% over the past two decades. As such, chronic hepatitis B infection (CHB) remains a significant global health problem. CHB is estimated to affect 240 million people and contributes to ~780,000 deaths each year despite the existence of an effective vaccine (Stanaway 2016).

Intensive research efforts to discover and develop new therapeutics offer great hope; many new agents are making their way through to preclinical assessment. However, access to the site of viral replication, via liver biopsies from patients, is being phased out and replaced by non-invasive methods. While non-invasive strategies must be the end goal, evidence collected in our lab, suggests an understanding of the mechanisms of immunoregulation in the human liver is essential.

Previous studies, focusing on circulating T cells from patients with CHB have identified several mechanisms pin-pointing T cell dysfunction in the failure of adequate immune control against hepatitis B virus (HBV). Along with other research groups, we have previously described mechanisms that include the targeted deletion of HBV-specific T cells with the capacity to produce antiviral cytokines (IFNg and TNF; Wieland, Hofmann & Thimme 2017), and an overrepresentation of inhibitory and/or exhaustion signals, combined with a lack of costimulation (Maini & Schurich 2010).

In this latest study published in the Journal of Experimental Medicine, we have focused on T cells at the site of viral replication and disease pathology: the liver. The liver is a unique and hostile battlefield that forces local cells, termed liver-resident cells, to adapt to continuously provide surveillance and protection. An army of lymphocytes infiltrate the human liver upon infection with HBV, however we have now described a population of transcriptionally distinct ‘sentinels’, termed tissue-resident CD8 T cells (CD8 TRM) that reside in the organ. These CD8 TRM expand and persist in a subset of patients with well-controlled infection. The question of whether these CD8 TRM are equipped with the correct armory to either combat or neutralize the virus and/or virus-infected cells in the liver was key to the genesis of the paper. Using our lab’s unique access to an extensive and valuable source of human liver tissue we were able to show that liver-resident CD8 TRM do in fact hold the correct weaponry to rapidly respond to specific epitopes from all the major HBV viral proteins. Their specialist armory includes the immediate production of key antiviral mediators (IFNg, TNF) and IL-2, a cytokine that could directly promote their own survival. These cells respond like this without producing vast quantities of classical cytotoxic mediators (granzymes) that circulating CD8 T cells are known to produce; an aberrant production and release of granzymes could directly cause unnecessary bystander damage in the liver. Phenotypically, CD8 TRM co-express two signals, CD103 and CD69, that directly promote their local retention in the liver, along with liver-homing markers, CXCR3 and CXCR6, that prevent these sentinels from leaving. Consequently, these cells are not seen in the circulating T cell pool and can be viewed as local specialists in immune defense; in other words, these HBV-specific TRM cells are strategically positioned to be in the right place, at the right time.

Further phenotyping of these cells showed an enrichment of exhaustion markers PD-1 and CD39, when compared to circulating T cells or the non-resident T cells simply passing through the liver. Although this finding seemed initially at odds with their ability to mount immediate and strong cytokine responses, recent work using genetic knockdown of PD-1 has pointed to a role for this co-inhibitory receptor in preserving T cells in the face of chronic antigenic stimulation by preventing excessive proliferation (Odorizzi 2015). CD8 TRM demonstrate evidence of constrained proliferation (with decreased Ki67 and CD57 expression) which supports this hypothesis.

Finally, we delineated a mechanism of residency induction, proposing that sequential antigen-specific stimuli and/or local cytokine stimulation imprints features associated with residency and liver-specific adaptations. This is highly relevant when considering the push in the field to develop novel therapeutic approaches that aim to bolster HBV-specific T cells. With this knowledge, it may be possible to specifically direct expanded antiviral effectors to the right place, at the right time?, with the correct weaponry to provide the much needed immune-mediated viral control.

Furthermore, these findings were only possible through access to patient biopsy material, and therefore highlight the importance of continued availability of liver samples and their value to research into this major area of disease burden worldwide.

This work was funded by the Wellcome Trust, and the Medical Research Council, UK

Read more about this paper and the work of our lab:

The relevance of our findings for the HBV field is highlighted in an accompanying Insights article by Bolte & Rehermann in the same edition of JEM: “Tissue-resident T cells in hepatitis B: a new target for cure?”  http://jem.rupress.org/content/214/6/1564 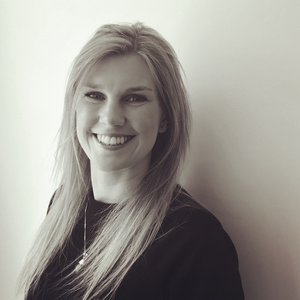 Senior Postdoctoral Associate in the lab of Professor Mala Maini at UCL. Our lab sits at the forefront of research on liver immunity and immunopathology, specifically focusing on the cellular interactions in the context of viral hepatitis. My current research interests are the phenotypic and functional characterization of tissue resident T cells in the liver, and in chronic HBV infection with implications for future immunotherapeutic strategies and the metabolic regulation of the antiviral T cell response in the setting of nutrient starvation
Follow

Hugh Thomas
One year into the WHO viral hepatitis strategy: are we all doing our part?
Contributor
World Hepatitis Day 2017