Whenever I speak to someone outside of the hepatitis community about viral hepatitis, I’m often met by exclamations of surprise and shock. “How can a disease like viral hepatitis, which kills over a million people every year and affects more than 300 million worldwide, not be more well-known?” they ask.

Indeed, this is a truly global epidemic, claiming as many lives as HIV/AIDS, TB or malaria, yet the lack of awareness around it is shocking. The fact is that ever since the hepatitis viruses were discovered there has been a systematic lack of priority given to the disease, which has perpetuated stigma, low awareness levels and increasing infection rates.

The result? Deaths from the other ‘big three’ epidemics are falling, while deaths by viral hepatitis are on the increase (22% since 2000). What makes the situation even more absurd is that effective vaccines and treatments exist for hepatitis B and a cure exists for hepatitis C — these two viruses are responsible for 96% of viral hepatitis mortality.

After being inexplicably neglected for so long, we have a huge amount of catching up to do and many hurdles to clear: from increasing diagnosis rates and ensuring every baby is vaccinated to stamping out discrimination and scaling up treatment. The past five years have seen the advent of a cure for hepatitis C, a true revolution in treatment, but issues including high drug prices, stigma and lack of access to diagnostics have meant that millions of patients are not benefiting from it.

Last year, following a decade of advocacy efforts from our organisation, 194 governments committed to eliminating these diseases by 2030 and taking an active role in addressing these issues. On World Hepatitis Day (WHD), we call on you to join us in helping deliver this commitment.

WHD is a great opportunity for policymakers, professionals and patients to join together and play a part in this fight. One of just four disease-specific global awareness days officially recognised by the World Health Organization, WHD is the day when the world joins together to drive action and to transform the lives of 325 million people living with the disease. The theme for this year’s WHD is “ELIMINATE HEPATITIS” and is being brought to life by the #ShowYourFace campaign, which calls on people to take a selfie and show their face in solidarity with efforts to eliminate viral hepatitis. You can also join thousands of other supporters by signing up to NOhep, our global elimination movement.

The more voices we have, the more noise we create around this issue and the faster we will see progress towards elimination.

Dr Margaret Chan, Former WHO Director-General, once said “The world has ignored hepatitis at its peril”. On WHD, we are calling on you to join us and raise awareness, so the next time I ask a person on the street if they know about hepatitis they’ll say “Yes, it’s the disease that can be eliminated by 2030”. 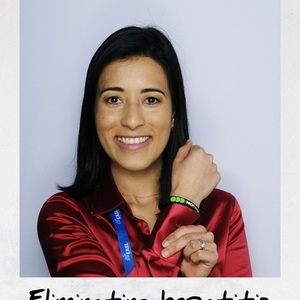 Hugh Thomas
Nature Portfolio Microbiology Community
We use cookies to help improve your experience. By continuing to browse our website you are consenting to our use of cookies.
Learn more