Different trypanosome species often coinfect the same host- but do they listen to each other's quorum sensing signals?

Our paper published in Nature Microbiology can be found at: http://go.nature.com/2gHb1II

Many microorganisms sense their environment and respond to it, and scientists are no different. In our case, we are fortunate to be embedded in a community of colleagues with diverse viewpoints and experimental interests. This includes parasite biologists, molecular biologists and immunologists but also evolutionary biologists, ecologists and epidemiologists.

Our lab’s focus is on parasites, particularly the African trypanosome, and we have been investigating for several years how these blood pathogens prepare themselves for transmission by their vector, the tsetse fly. This involves the parasites sending signals to one another in the blood, similar to the quorum sensing seen in many bacterial communities. Until now, our work has been limited to one type of African trypanosome, Trypanosoma brucei, and we have been able to identify many of the molecules used by the parasites to respond to their bloodstream population density. Although this parasite causes disease in humans, the impact of trypanosomes is more important in livestock through their effects on economic prosperity in the tsetse belt of sub Saharan Africa. For the livestock disease, other trypanosomes contribute, namely Trypanosoma congolense and Trypanosoma vivax, that are more prevalent than Trypanosoma brucei. Interestingly, however, these parasites do not seem to show the same extreme adaptations for transmission seen in Trypanosoma brucei.

Listening to the work of colleagues looking at social interactions in other microbes led us to wonder whether different trypanosome species could communicate with one another, with consequences for parasite transmission. The literature showed that coinfection was common between Trypanosoma brucei and Trypanosoma congolense and so we set out to ask whether different African trypanosomes could recognise each other’s signals in the blood. This simple question, however, needed some novel solutions and this was the challenge accepted by Eleanor Silvester when she joined our lab for her PhD research.

I arrived in Keith’s lab soon after their identification of the molecules required for density sensing in T. brucei. Firstly, through genome analysis, I found that components of the T. brucei quorum-sensing pathway were also present in T. congolense, and that one member could restore density sensing to a mutant of T. brucei that was blind to the signal. I also found that T. congolense exhibited growth control when abundant in the blood. So, both parasites could respond to cell density and shared the underlying machinery - but could they talk to one another?

To address this question, I first needed to establish T. congolense cultures in our lab, a step that was not without difficulty (not a very promising start to a PhD!). Once I had T. congolense growing,  I could test whether they produced a signal to which T. brucei would respond. This was tricky because the parasites grow in different media and so I needed to be sure that any effects were due to a signal and not the growth conditions. But eventually I could show that T. congolense-conditioned medium pushed T. brucei to develop to a form optimised for transmission, the response caused during their normal quorum sensing.

But did this phenomenon operate in vivo? To test this, we superinfected T. brucei into a pre-existing T. congolense infection, probably mimicking the sequential infections most likely to occur in the field. As in culture flasks, I found that T. congolense pushed T. brucei to become ready for transmission and, importantly, I could also confirm this was mediated through the typical quorum sensing pathway. Clearly the T. congolense parasites were manipulating T. brucei to restrict their growth and prepare for transmission at a lower than normal density.

The work has some exciting implications. The ability of T. congolense to manipulate T. brucei in the bloodstream has the potential to restrict incoming parasites in an already-infected host and to select more virulent parasites as a competitive response. Because human infecting trypanosomes also often reside in an animal reservoir, their long-term co-existence with non-human infective T. congolense could result in more virulent infections in humans when the competitor species is absent. These implications must now be explored from multiple perspectives - with input from molecular knowledge, evolutionary theory and epidemiological evidence. For my lab, at least, co-existence and communication with other ‘species’ of scientist has been beneficial; whether the same is true for trypanosomes remains to be seen. 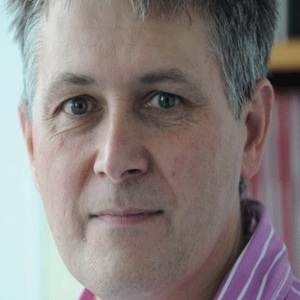