How membrane vesicles are formed and release through the thick cell wall in Gram-positive bacteria was an unsolved mystery. We show that holes formed in the cell wall is a mechanism for the cells to start “bubbling”.

The paper in Nature Communications is here: http://go.nature.com/2wY6qWl

Many bacteria release membrane vesicles (MVs) into their environment where they play important roles in diverse biological processes, including DNA transfer, biofilm formation, phage decoy, cell-to-cell communication and have an enormous impact on human health due to their immunomodulatory activities. While recent work unraveled the molecular mechanisms of MV biogenesis in Gram-negative bacteria, MV formation in Gram-positive bacteria has remained mysterious.

The thick peptidoglycan (PG) cell wall of Gram-positive bacteria has a pore size of approximately 2 nm, which is expected to prevent the release of membrane vesicles (MVs) that typically have a diameter of 20 nm to 400 nm. Most models assume that MVs are produced by cells during exponential growth. However, inspired by our previous work that identified explosive cell lysis as a key mechanism of MV biogenesis in Pseudomonas aeruginosa, we investigated whether cell death could also contribute to MV formation in the Gram-positive model organisms Bacillus subtilis.

In collaboration with the group of Cynthia Whitchurch (University of Technology Sydney), we showed previously that in P. aeruginosa DNA-damaging stress induces cell lysis, which results in shattered membrane fragments that round up and form MVs (Turnbull et al., Nat. Commun. 2016). Super-resolution live cell images taken in Cynthia’s group convincingly demonstrated that MVs could self-assemble from lysed cells. The key enzyme of this process is an endolysin, which is typically used by dsDNA phages to lyse their hosts. Endolysins are conserved among bacteria, and we speculated that they may also contribute to MV formation in Gram-positive bacteria.

At the time we were publishing our P. aeruginosa work, a new postdoctoral fellow, Tatsuya Yamamoto, joined the group of Nobuhiko Nomura in Tsukuba University. His expertise in Bacillus subtilis genetics gave us the opportunity to test our hypothesis. We were soon able to identify an endolysin in B. subtilis, that similar to P. aeruginosa, was involved in MV formation.

The next step was to investigate the underlying mechanism. Gerardo Cárcamo-Oyarce, who had just finished his PhD at University of Zurich (UZH) and was about to leave the group for a postdoc at MIT, used confocal laser microscopy to follow the fate of MV-forming B. subtilis cells. It soon became clear that MV-producing cells died, although the cell structures remained mostly intact. Specific fluorescence staining of the cell wall, which was carried out with the help from chemists led by Karl Gademann at UZH, further confirmed this observation.

These results were somewhat surprising since we expected that the cell wall in B. subtilis would be easily degraded by the endolysin, leading to explosive cell lysis, as was observed in P. aeruginosa. Given that this was not the case, we had to come up with an alternative mechanism. Inspired by publications showing that the use of endolysins as antimicrobials against Gram-positive bacteria results in the formation of holes in the cell wall from which membrane material is extruded, we decided to test this possibility.

We were lucky to have Martin Pilhofer from ETH Zürich on board, who is an expert in electron cryo tomogramphy (ECT), a technique that allows determining 3D structures of samples in the near-native state at nanometer scales, which turned out to be the ideal methodology for our purpose. The pictures generated by his group clearly showed that membrane material protrudes through holes in the cell wall and are eventually released as MVs. Furthermore, they showed that once the MVs are released, the remaining membrane material inside the cells collapses and form intracellular MVs. Hence, B. subtilis was “bubbling” when dying. Another exciting observation was the presence of phage particles inside MVs, which raises new questions on the various interactions of MVs and phages.

Our study further strengthens the idea that cell death contributes to MV biogenesis and that in this process endolysins play a central role. MVs had long been thought to be produced from growing cells and are not a consequence of cell death. We believe that our studies will change this view and will also foster discussions on what a “true” vesicle looks like. Intriguingly, recent studies have shown that the MVs derived from cell lysis do have true functions and are not merely cell debris (Tzipilevich et al., Cell 2017). We suggest that different types of vesicles exist and that their structures and compositions reflect the mechanisms by which they were formed. Although it is tempting to speculate that cell death is a major source of vesicles in natural environments, it will require the isolation and characterization of vesicles from the wild to see what really is out there.

Our paper in Nature Communications is here: 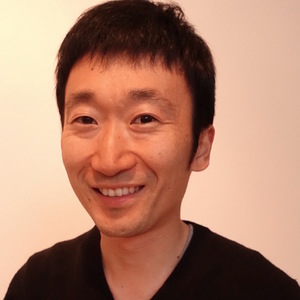