The invisible order behind planktonic drifter

Bacteria are expected to move independently when at low cell densities. Here we show, using optical tweezers, that bacteria in dilute suspensions are mechanically coupled and show long-range correlated motion.

The paper in Nature Communications is here: http://go.nature.com/2xDWSmy

Since the definition of the term planktonic in 1887, scientists had been convinced that bacterial position in suspension is primarily determined by flow of the surrounding water. Although some bacteria are capable of swimming short distances, they cannot resist a current. Planktonic or nomadic lifestyle is therefore fundamentally different from the biofilm or sedentary lifestyle. Whereas in biofilms cells mechanically couple to their neighbors and resist the flow, planktonic cells don’t have a direct physical connection between each other and drift independently.

Our work breaks with this assumption. Bacterial cells in dilute bacterial suspensions do physically connect. Although individual cells in dilute suspensions can be identified, cell-cell interactions can only be detected after perturbing one or more of the interacting cells. To figure this out, we have used optical tweezers and noticed for the first time that different bacterial cells, when not swimming, are mechanically coupled to each other and form a cluster of bacteria that follow the motion of the optically trapped bacterium. The coordinated motion between cells can extend over large distances (i.e. over 100 micrometers). The early mechanical coupling has been observed among others in Escherichia coli, Bacillus subtilis, Vibrio ruber, Staphylococcus aureus, and Pseudomonas aeruginosa dilute suspensions. Given the extent of coupling the cell-cell mechanical interactions in dilute suspensions can be referred to as the invisible fabric of nature.

In contrast to the currently accepted view that viscoelastic coupling only occurs at high cell densities in a biofilm we have observed mechanical coupling in dilute bacterial suspensions. The strength of the mechanical coupling, initially weak, increased with bacterial growth, as new polymers were added to the extracellular matrix. The initial mechanical coupling was not due to the presence of biopolymers usually associated with biofilm formation. The formation of early self-assembled extracellular network was facilitated by eDNA. Although the network was weak and easily broken we were able to determine the viscous and elastic modulus of the bacterial local environment and rebut the idea that bacteria drift simply as a consequence of hydrodynamic push and pull. Swimming through such a fragile network was not a problem for bacteria, but became progressively more difficult when new biopolymers were added that fortified the network. Once formed, the extracellular network attached rather strongly to the cell surface and was easily transferred by inoculation to new environments. This suggests that cells plus their local viscoelastic environment are forming an inseparable unity.

There's a lot more work to be done, and the discovery of the weak viscoelastic matrix that mechanically connect cells in dilute suspensions lead to more questions than they answer. But it's exciting to know there might be a whole new way to approach bacterial physiology in dilute bacterial suspensions. There are several unsolved issues in microbiology that are dependent on the understanding of bacterial local environment such as mechanotransduction, osmotic flow of nutrients through viscoelastic extracellular matrix, the onset and diffusion of signal molecules in quorum sensing, exchange of public goods in dilute suspensions, or different effectiveness of antibiotic treatments at low and high bacterial densities. In providing answers to these important questions the newly discovered cell to cell mechanical connections should no longer be ignored. 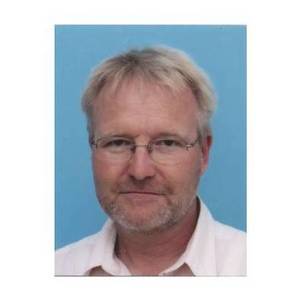