Sit down and be quiet

Interactions among communities of bacteria define polymicrobial synergy. We show here that multidimensional communication between oral bacteria can have distinct effects on colonization and pathogenicity.

The paper in Nature Microbiology is here: http://go.nature.com/2hfHGSf

Kierkegaard once remarked that life can only be understood backwards, but it must be lived forwards.  Similarly, the compelling and coherent descriptions in scientific publications rarely reflect the stuttering progress, muddled thinking, dead ends and dalliances in the experimental hall of mirrors that characterized the project (speaking entirely for myself here).  Even this story behind the paper doesn’t adequately reflect how events unfolded, but it does give a sense of how we were working with one set of assumptions while the data were leading us in an entirely different direction.

A number of years ago, Masae Kuboniwa, who was doing a sabbatical in the lab at the time, decided to screen a library of S. gordonii mutants in order to identify adhesins that contribute to binding and community formation with P. gingivalis.  As it turned out, many of the hits were in metabolic pathways, and among these was a gene encoding the chorismate binding enzyme (cbe).  Cbe produces para-amino benzoic acid, or pABA, but as the lab lacked expertise in bacterial metabolism, there the matter sat.  Masae returned to Osaka University where she continued to be intrigued by the potential role of Cbe in interspecies communication.  She found that exogenous pABA would restore community formation between a cbe mutant and P. gingivalis, giving us the important pointer that pABA was playing a direct role.  At the time metabolomics technology was becoming more facile, and along with our proteomics collaborators, Murray Hackett and Edward Marcotte, we undertook a transomics approach.

Initial results were promising, the metabolic and proteomic data sets were remarkably consistent, an outcome in itself almost worthy of publication.  P. gingivalis was clearly scavenging pABA through a salvage pathway and then feeding it into folate metabolic pathways.  Concomitantly, there was upregulation of P. gingivalis fimbriae, well-documented virulence factors.  All that we needed to show now was increased pathogenicity of pABA-treated P. gingivalis in an animal model, similar to the situation with whole cells of both species.  What could possibly go wrong?  Huizhi Wang, in whose lab the mouse periodontal bone loss experiments were being conducted, called me one afternoon.  ‘There is a clear difference in bone loss between pABA-treated and untreated P. gingivalis,’ he reported.  ‘That’s good’ I said.  ‘Yes, good so long as you predicted less bone loss in the pABA-treated condition’ he replied.  Back to the drawing board!  There was increased colonization of P. gingivalis, but pABA was exerting a calming influence on virulence.  At this point we had begun a collaboration with Marvin Whiteley on the fitness of communities of organisms, and using a mouse abscess model we showed that combinations of P. gingivalis and S. gordonii were less virulent when pABA was present.  Indeed, the absence of pABA transformed S. gordonii-P. gingivalis combinations into efficient killing machines.

We now see the interaction between P. gingivalis and S. gordonii as much more nuanced and multidimensional than we had previously supposed.  Cross-feeding with the streptococcal metabolite pABA enhances colonization but constrains virulence.  For pathogenicity to be elevated, a closer physical association between the organisms is required.  While we are still uncertain how, in the absence of pABA, S. gordonii-P. gingivalis communities become hypervirulent, but the control circuits involve protein tyrosine (de) phosphorylation.  And the beat goes on.

The paper in Nature Microbiology is here: https://www.nature.com/article... 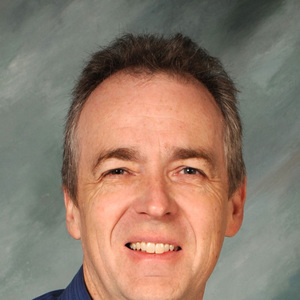