The paper in Nature Microbiology is here: http://go.nature.com/2xQkyn5

Behind the Paper: Streptococcal M protein activates the NLRP3 inflammasome

After my Ph.D. work in Madrid, I decided to make a significant change in my environment and research focus, coming to the United States to explore the “bacterial dark side” – mechanisms of disease that develop during a pathogen’s interplay with the human host.  This was challenging, since my Ph.D. had studied the “bacterial beneficial side” – molecular processes by which environmental pollutants are recognized and degraded, contributing to bioremediation. At that point, I did not have any experience in modeling host-bacterial interactions, just enough motivation to learn and explore another scientific field.

I got the opportunity to start my postdoctoral training at UC San Diego in a unique jointly mentored project spanning the laboratories of Partho Ghosh, an x‑ray crystallographer who dissects structure-function interactions of bacterial surface proteins, and Victor Nizet, a physician-scientist who studies virulence mechanisms of human pathogens and the workings of the innate immune system.  The topic would be group A Streptococcus (GAS), one of the top 10 causes of infection-related human mortality, and its most famous virulence factor, M protein.

The antigenically variable M protein was discovered early in the last century and is the most abundant protein on the GAS surface. Extensively studied, M protein has anti-phagocytic properties and its diverse abilities to bind host factors such extracellular matrix proteins, immunoglobulins, clotting factors, and antimicrobial peptides, all contribute to survival within the host. The crystal structure of the M protein and its co-crystal structures with fibrinogen and C4-binding protein had recently been solved by the Ghosh lab, and I embarked on dissecting fine details of how different M protein-fibrinogen complexes bound neutrophil integrins to cause pathological activation during GAS sepsis. I assumed all the major principles of how M protein interacts with the immune system were already known, but I was mistaken …

Working with purified or cultured mammalian cells for the first time, I experienced a lot of inconsistency in my neutrophil studies, and frustration began to creep into my mind. To get a handle on my experimental difficulties, a colleague in the Nizet lab suggested I use macrophages as cell type negative control. This I did, and that’s when I really started to worry and doubt myself. In all my experiments, the macrophages, but never any other cell type, died within a few hours of exposure to soluble M protein, and it didn’t even matter whether fibrinogen was present.  Could I really be this bad at cell culture?  How after a century of research could such a drastic M protein phenotype go unnoticed?  Maybe we had over-fixated on the M protein attached to the bacteria surface, while undervaluing release of the soluble protein, which investigators such as Heiko Herwald and Lars Bjorck in Sweden have shown occurs in vivo during GAS infection with inflammatory consequences.

Once I convinced Partho and Victor to trust these results, we were able to show that released M protein is taken up by macrophages through clathrin mediated endocytosis, whereupon it is recognized by the NLRP3 inflammasome, prompting caspase-1-dependent processing and release of the pro-inflammatory cytokine IL-1β. Inflammasome activation was accompanied by rapid cell membrane disruption, DNA fragmentation and programmed pyroptotic cell death. My finding was not an artifact after all. Our work reveals a novel pattern recognition system for rapid innate immune system activation in response to the signature surface molecule of this preeminent pathogen. Conversely, in severe invasive GAS disease such as toxic shock syndrome, hyper-inflammation of M protein-driven pyroptosis and IL-1β signaling may aggravate tissue injury.

This experience reinforces two lessons I have come to learn from from the P.I.’s perspective. First, it is wise to recruit scientists that come from different backgrounds, within and completely outside of microbiology, to the research group. In that manner approaching postdoctoral training as more of a collaboration among peers than simple extended training. The process helps the laboratory avoid tunnel vision and adherence to one’s own evolving dogma, and everyone benefits from the diverse points of view, new technical competencies, and fresh eyes on the biological phenomena under study.  Second, never discount the control experiment that “doesn’t work”. Some of our labs most interesting discoveries, for example George Liu’s discovery that the staphylococcal golden pigment serves as an antioxidant virulence factor, or Chris LaRock’s innovation that IL-1β functions as one molecule detector/effector of innate immunity in response to microbial proteases, derive from control experiments that didn’t turn out as expected. 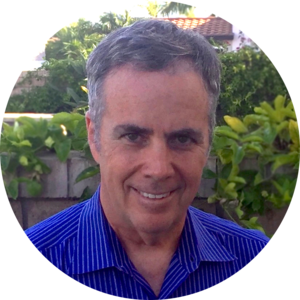 Our laboratory is interested in the virulence mechanisms of leading human bacterial pathogens, the function of our innate immune system, and "outside-the-box" approaches to treat antibiotic-resistant infections.
Follow