The importance of asymmetry

Antibiotic-resistant bacteria are becoming one of the greatest threats to human health. It is well known that Gram-negative pathogens are more challenging than Gram-positive due to the particular structure of their cell envelope.

The paper in Nature Microbiology is here: http://go.nature.com/2yrc8kC

Antibiotic-resistant bacteria are becoming one of the greatest threats to human health. It is well known that Gram-negative pathogens are more challenging than Gram-positive due to the particular structure of their cell envelope. Gram-negative bacteria have an extra external layer, the outer membrane (OM), which acts as a very efficient permeability barrier for small molecules such as antibiotics.

Why is the OM less permeable than the inner membrane (IM) for many molecules? This is easily explained if we pay attention to the OM structure. Unlike the IM, which is formed by a symmetric phospholipid (PL) bilayer, the OM has an inner leaflet constituted by PLs and an outer leaflet comprising lipopolysaccharide (LPS). The external hydrophilic polysaccharide region of the LPS repels lipophilic molecules and the lipid core with a high number of acyl chains prevents passage of hydrophilic molecules. Thus, LPS structure acts as a very effective barrier for hydrophobic and hydrophilic molecules and this makes delivery of drugs into Gram-negative bacteria very challenging.

But what happens if the asymmetry is broken? If PLs appear in the outer leaflet, these do not mix with LPS and form little patches of symmetric PL bilayers, which allow passage of toxic molecules like some types of antibiotics and this is harmful for the cell. So, in order to preserve the barrier function the asymmetry of the OM needs to be maintained. Cells present different mechanisms to deal with misplaced PLs in the outer leaflet of the OM. A few years ago the first system that directly removes PLs from the outer leaflet and delivers them to the IM was described. This system, named Mla by Tom Silhavy (maintenance of OM lipid asymmetry), is formed by 6 proteins; the complex MlaBDEF embedded in the IM, MlaC in the periplasm and MlaA in the OM. All in-silico predictions describe MlaA as a typical lipoprotein, located on the periplasmic side of the OM. And here lies the key problem, namely how a lipoprotein in supposedly close intimacy with the inner leaflet can gain access to the outer leaflet to remove PLs? Even more intriguing, recent studies showed that MlaA interacts with the trimeric porins OmpF and OmpC, raising questions about the role of porins in this process (Fig.1). These questions grabbed our attention so deeply that we had to find a solution to this conundrum.

Figure 1. Representation of the OM with some misplaced PLs in the outer leaflet. MlaA is shown as a typical lipoprotein. Also note the porin-MlaA interaction.

The expression and purification of several orthologues of MlaA from E.coli was challenging; sometimes the yield was deficient whereas for others proteolytic degradation occurred. After many attempts, we obtained some tiny crystals and datasets were collected at the Diamond Light Source synchrotron. Surprisingly, once the phase problem was solved, many of our questions were solved, but of course, many others were raised. The interaction of MlaA with the porin allowed us to place the protein in the OM. Unexpectedly, MlaA is an alpha-helical integral membrane protein (not a humble lipoprotein as predicted), mostly located in the inner leaflet of the OM but partly inserted into the outer leaflet (Fig.2), solving the problem of how MlaA gains access to the outer leaflet. But what was even more surprising was the presence of an amphiphilic pore in MlaA. This made us think that MlaA is a translocation channel for those PLs placed in the outer leaflet of the OM. This in turn suggests that the porin has a scaffolding function to place MlaA in the right place rather than an active role in the process.  There are many questions still open but, in our opinion, one of the most interesting ones is whether MlaA could be used as a drug target to potentiate the activity of already commercialised antibiotics. Only time will tell!

Figure 2. Representation of the OM with the structural model of MlaA showing the removal of PLs from the outer leaflet. 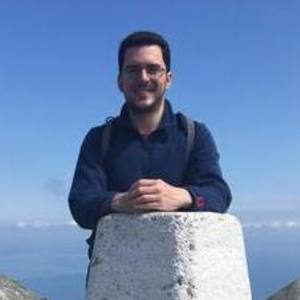