Tell me what you eat… during a malaria infection!

The paper in Nature Microbiology is here: http://go.nature.com/2i2jbIn

During the first and obligatory pre-erythrocytic stage of Plasmodium life-cycle a single Plasmodium sporozoite infecting the liver generates thousands of new merozoites. Logically, the extensive proliferation rate achieved by Plasmodium parasites inside hepatocytes requires lots of lipids for the synthesis of large amounts of membranes. Interestingly, while Plasmodium lacks some key enzymes for lipid synthesis, hepatocytes are specialized in the biosynthesis of lipids.

Previous work from our lab showed that host genes involved in lipid metabolism are actively engaged during the development of Plasmodium parasites inside hepatoma cells. So, when we decided to feed mice with a lipid-rich diet we hypothesized that Plasmodium development would be favored. We could not be more wrong!

From experiment #1 we observed that a very short high-fat diet (HFD) regimen (just 4 days) reduces parasite load in the liver to an extent rarely observed (over 90%), and the phenotype was remarkably robust. And so we made the second wrong assumption, that this would be an easy riddle! In the years that followed, in an attempt to explain our observation, we formulated and destroyed several hypotheses and in the process became quasi-experts in metabolism, immuno-metabolism, liver physiology and lipid biology. Until the day we could revert the phenotype…
The notion that lipids induce oxidative stress is not novel, but we showed for the first time that Plasmodium parasites, developing inside hepatocytes, succumb to ROS. We identified the molecular signature of oxidative stress caused by 4 days of HFD regimen in the liver, which turned out to be protective against malaria infection. The use of an antioxidant molecule fully restored the host susceptibility to infection.

So we had the mechanism, but what was the relevance… Resistance to malaria has been reported for the Fulani nomadic communities. While many hypotheses have been raised to explain this resistance no clear and definitive explanation has been formulated. Interestingly, Fulani's diet is rich in saturated fats derived from dairy products and cooking oils. On the same note, dietary habits in developing countries are changing, due to the rapid adaption of populations to a modernized lifestyle. If Fulani´s diet contributes to resistance and how dietary alterations will affect the epidemiology of infectious diseases is now an open question.

But we had shown that parasites succumb to ROS. And when a reviewer challenged us to find among the human population a manifestation of our phenotype we immediately made the connection with the numerous hemoglobinopathies that have been selected in the endemic populations because they are protective genetic traits. Oxidative stress is the hallmark of all these disorders. If we now look at the protection associated with these traits in light of our results it is tempting to hypothesize that the protection mechanism starts operating during the liver-stage of Plasmodium infection, where parasite numbers are smaller, tilting the odds scale towards the host.

In the end we have solved the riddle but in the process many new questions arose. We will keep chasing answers and in the mean time… have a snack! 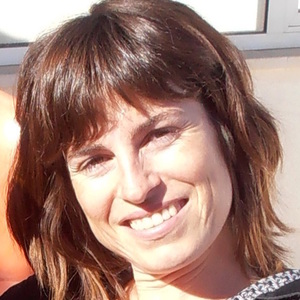 Thanks for sharing this story here Vanessa; the animation is really nice and very clearly explains the fundamentals.