A seaside discovery, perseverance pays off

The paper in Nature Communications is here: http://go.nature.com/2mWQeng

The medieval Breton seaside village of Roscoff, on the west coast of France, sits along the English Channel and is protected by the nearby Isle de Batz.  Roscoff has a large tidal range and rich marine life, fishing and seaweed harvesting are historical industries that continue to thrive.  It was here, almost 150 years ago, that the marine biological research institute ‘La Station Biologique de Roscoff’ (the SBR) was established.

In the springtime of 1989 Philippe Potin went scuba diving behind Roscoff’s St Barbe Chapel, which overlooks the town’s central harbor (see cover photo), there he harvested the red seaweed Delesseria sanguinea.   Later, at the SBR, he isolated our marine model bacterium Zobellia galactanivorans DsijT from the surface of Delesseria.

The genome sequence of Zobellia revealed over 50 putative PULs (Polysaccharide Utilization Loci), adjacent genes dedicated to the utilization of specific polysaccharides.  One of these PULs contains 15 genes, three of these genes encoding carbohydrate-sulfatases and four genes encoding glycoside hydrolase (GH) enzymes.  In 2013, as a post-doctoral fellow at the SBR, I began by exploring the structure and function of the GH129-like enzyme encoded within this PUL.

The only characterized GH129 enzyme was from a gut bacterium, cleaving the sugar N-acetylgalactosamine from mucosal proteins. Neither mucosal-like proteins, nor N-acetylgalactosamine are known components of seaweeds.  The closest related analogs we could identify were the arabinogalactan-like proteins (AGPs) recently characterized in the cell wall of brown seaweed.  We initially hypothesized that the GH129-like was specific for the cleavage of alpha-linked D-galactose from an AGP. In order to test this hypothesis our Australian collaborator Keith Stubbs synthesized several artificial galactosyl-amino acid substrates; however, GH129-like did not demonstrate activity, leading us to refine our overall hypothesis.

Based on the presence of sulfatase genes in the PUL our following hypothesis was that GH129-like requires a de-sulfated sugar substrate. As I had already tested agarose (already de-sulfated), I attempted a chemical desulfation procedure on carrageenan. This resulted in a mixed array of unknown sugar components on which GH129-like was not active (quite frankly a catastrophe).  I was lamenting this disaster in a lab meeting when Diane Jouanneau asked me why I didn’t talk to Gaëlle (Correc) as she had worked on characterizing a naturally de-sulfated carrageenan called beta-carrageenan. Fortunately for us, Gaëlle managed to find a small stock of beta-carrageenan oligosaccharides dating from 2007 and the enzyme was active on this substrate!

GH129-like has a novel activity, it cleaves alpha-1,3-linked 3,6-anhydro-D-galactose, a unique bi-cyclic sugar found only in the cell walls of red seaweed, from carrageenan oligosaccharides. This result unlocked the PUL specificity and provided the basis for the collaborative effort, characterizing the complex carrageenan-PUL and carrageenan-regulon, that was to ensue. 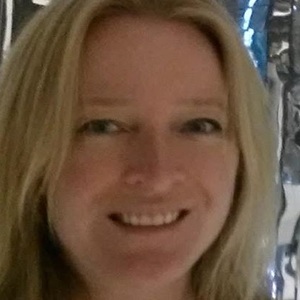