Elephants in the room

The paper in Nature is here: http://go.nature.com/2ikJmLn

I was doing my Ph.D. in what I guess would be called a ‘classic’ microbiology lab in 2005, when I read a first article on sequencing-based gut microbiota analyses – a new methodology that had yet to evolve into microbiome research. While the potential of the technique was clear from the start, to be honest, my colleagues and I were not too impressed with the first results presented. There we were, spending our days and nights following up fermentation experiments with fecal isolates - diluting, plating, and counting. And suddenly, there was this article, published in a major journal that we thought out of reach for gut microbiologists, describing microbiota compositional variation on taxonomical levels that oscillated between self-defining units and all-encompassing phyla. The authors did not even attempt to quantify any of the observations described. Everything became proportional – pure horror to us, dedicated followers of Drigalski.

In 2010, I joined the Raes Lab, back then still in its start-up phase at the VIB - Vrije Universiteit Brussel (Belgium). Even in those days, gut microbiome research was still in its infancy. I witnessed the field mature and was lucky enough to be able to contribute my bit to the process. Yet, we never seemed to get rid of the elephant in our microbiome room: all data remained relative. Compositional, as I was taught to term it correctly. Sure, we had some ideas on how to bypass compositionality. And of course, there are some statistical methods available to minimize its impact on results. Still, the integration of computational and wet lab side of microbiome research that we try to achieve at the Raes Lab made it tempting to try to tackle the problem at the source. We just needed some time and resources - and a truckload of fresh fecal samples.

Things started moving in 2014, when the Raes Lab moved to Leuven (Belgium). While it is not always easy to integrate method development in valorization-targeted research projects – the standard among Belgium funding opportunities – the KU Leuven, our new host institution, offered us a way out by providing credit for postdocs wanting to set up high risk/high gain research lines. With this funding secured, we could start thinking about logistics. Wanting to quantify microbial loads in fecal samples, we needed fresh material. Clearly, there was no choice: we had to abandon our frozen sample Flemish Gut Flora Project comfort zone and adapt the lab's logistics to the real stuff. We invited locally recruited volunteers to deposit anonymously their coded contribution in a cardboard mailbox just outside the lab. The incentive consisted in an assortment of fruits and cakes placed on top of the mailbox. When a sample arrived, lab hell broke loose as we rushed to complete our analyses within the hour after egestion.

Of course, our protocols became a lot more relaxed when we found cell counts in fresh and frozen fecal material correlated. Working with frozen samples not only facilitated flow cytometry analyses, it also increased the applicability of the method dramatically. Indeed, frozen fecal material is the raw material and starting point for analyses in most microbiome labs, including ours. The method we proposed is rather straightforward: multiple aliquots of frozen fecal samples are used to parallelize flow cytometry assessment of microbial loads with microbiome sequencing. Next, count data allow correcting the sequence matrix for sampling depth. Simple, but not trivial. We first observed an up to tenfold difference in fecal cell densities between healthy individuals – increasing to a fifty-fold when patients were included in the analyses. Obviously, until now, we had been over-sampling low load samples when compared to high density ones. Unexpectedly, our analyses also showed that differences in microbial loads might be differentiating enterotypes. Next, we demonstrated how quantitative microbiome profiling affected the outcome of both taxa co-occurrence analyses and associations with metadata. Finally, we identified microbial loads to be a key feature of disease-associated microbiota dysbiosis, specifically in Crohn’s Disease.

Within the Raes Lab, quantitative microbiome profiling was quickly adopted to become the standard in our analyses. While it does not necessarily affect all previously described microbiome signals, it has already generated some exciting results that we hope to be able to share with the community soon. We do hope that our excitement regarding the technique will be shared by many in the field. We are not claiming to have resolved every outstanding methodological issue in the microbiome field – or that the method proposed is the only strategy conceivable to deal with compositionality and variation in cell densities. We do think that our paper and the publication platform it received will make it impossible to continue ignoring the elephant that has been stomping around for over a decade in microbiome research. Quantitative analyses are what the field needs to start moving from the bench to the bedside. 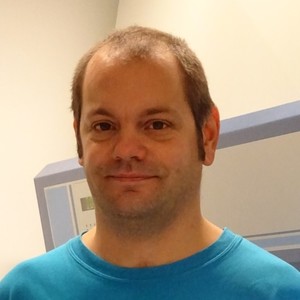