An example of how human pathobionts can be transmitted, adapt and cause disease in animals traces a parallelism with the Copernican revolution.

In astronomy, the geocentric model was incepted by Claudius Ptolemy in the 6th century B.C. and describes and obsolete perception of the universe with the Earth at the center. This is concomitant with the notion of anthropocentrism that considers humans to be the most valuable entity of the universe and interprets the world subordinated to human values. Fortunately, the Renaissance got born De revolutionibus orbium coelestium conceived by Copernicus, that significantly contributed to the scientific revolution that started to place humans in their real place and context: a grain of sand in a vast desert.

In my opinion, the evolution of these epistemological concepts shares a great parallelism with the general vision that humanity has had about infectious diseases. Even in these days when the one health concept has been established as the paradigmatic framework to study and understand the dynamics of infectious diseases, substantial effort is still needed to universalise its real meaning: even today an innate anthropocentric feeling push ourselves to think our health is threatened by the bugs that circulate in the environment and in other animals. Despite this is an undeniable fact, is not the only one.

For example, it is well understood that many bugs living in the gut of chicken and cattle, like Campylobacter jejuni, can cause disease in humans by zoonotic transmission, but what happens with the bugs that conform our microbiota?, could they represent potential threats to other animals?. The reverse zoonotic transmission or anthropozoonosis, defined as infectious diseases in non-human animals caused by the transmission of pathogens from humans to other animals, is documented sporadically but probably underestimated.

In our recent paper, we introduce a new hypothesis about the natural history of Campylobacter fetus, a pathogenic species more important for livestock health (in terms of incidence and economic burden) than for humans. The current paradigm states that humans are accidentally infected by this bug through the consumption of contaminated products of animal origin. However, by using phylogenomics and mining human microbiome data we propose that C. fetus originally resided in the human gut as a pathobiont and then host jumped and adapted to animals during the cattle domestication period.

This hypothesis highlights the importance of despoiling ourselves of the anthropocentric view that tries to explain most epidemiological processes and evolutionary trajectories of infectious diseases, to fully adopt the one health paradigm. We need much more Copernicus thinking and much less Ptolemy!

The paper in Nature Communications is here: http://go.nature.com/2mc4jMZ 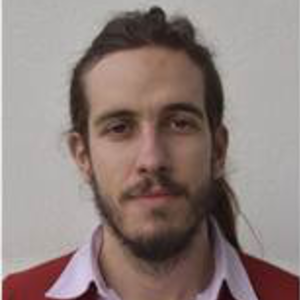