Bacteria sugar-coat their pili to fend off phages

Phages have potential as therapeutics against multidrug resistant bacteria - but bacteria have evolved many ways to fight them off.

A link to the paper is here: http://rdcu.be/yqPd

Post-translational modification of proteins with N-linked and O-linked sugars is common and affects their functions, localization, and lifespan. Almost two-thirds of proteins in eukaryotes are likely to be modified, including about 40% of the human proteome. Until the 1970s, protein glycosylation was considered to be a eukaryotic trait. Then, glycosylation of cell surface S-layer proteins – first in archaea, and later in bacteria – was discovered. We now know that these modifications are widespread in prokaryotes, although the true extent of their diversity and their functions remain unclear. For example, cell surface appendages such as flagella and pili are frequently glycosylated, and blocking those modifications can perturb expression – but why?

In 2013, the Davidson lab was studying how lysogenic phages of Pseudomonas aeruginosa modify the physiology of their host. The retractable type IV pili (T4P) of P. aeruginosa are often used by such phages as receptors, though how exactly they bind to the pili is not known. In a classic case of “Huh, that’s interesting…”, they noticed that some phages could infect P. aeruginosa strains expressing non-glycosylated T4P (Fig 1A), but not isogenic strains expressing glycosylated pilins (Fig 1B). They brought this observation to us, for our expertise in P. aeruginosa T4P structure, function, and post-translational modifications. Together with the help of Marquis, who was doing a sabbatical in the Davidson lab, our two groups showed that infection of P. aeruginosa by many T4P-specific phages could be thwarted by decoration of pilins by either of two distinct glycosylation machineries. This exciting finding suggested that one purpose of prokaryotic surface filament glycosylation might be to defend against phage binding, a critical first step in preventing infection by a ubiquitous enemy. We think that the impairment of filament expression that we see when post-translational modification is disrupted may have evolved as a form of quality control, so that unmodified – and thus unprotected – subunits don’t become surface-exposed. 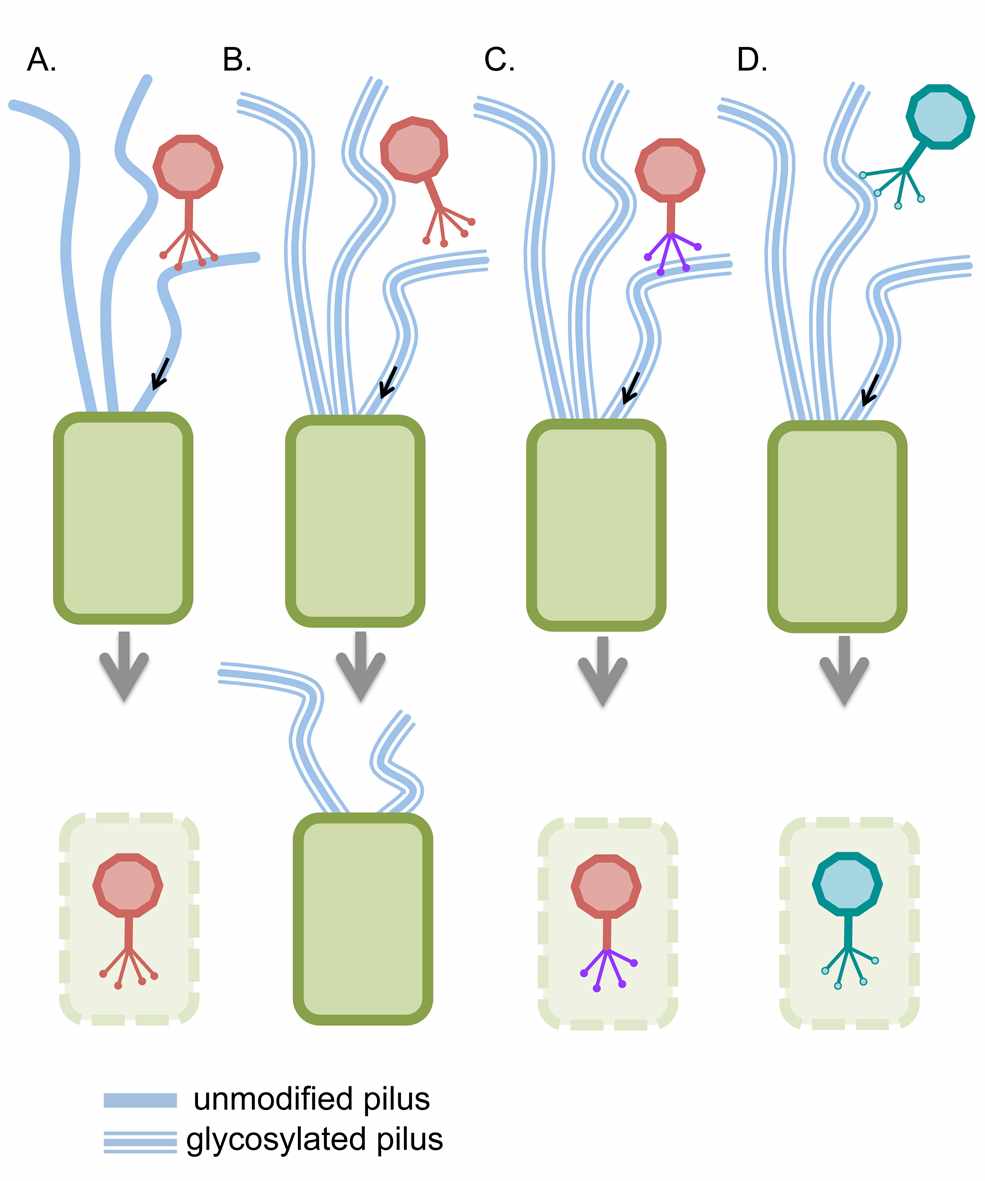 Figure 1. Glycosylation protects against certain pilus-specific phages. A. Phage bind to T4P and when the pilus retracts, they infect and lyse the cell. B. Addition of glycans blocks attachment of those phages, and protects the bacteria. C. Closely related phages with distinct tail proteins can evade pilin glycosylation, likely by binding to a different part of the pilin. D. Unrelated phages have evolved to bind specifically to the pilins only when they are glycosylated.

The evolutionary battle between phages and bacteria is ancient, and each eventually finds ways to overcome the other’s defenses. By screening various phages against recombinant P. aeruginosa strains differing only in pilin type and modification status, we identified one phage capable of circumventing pilin glycosylation (Fig 1C), and another phage that specifically exploited glycosylation for attachment, infecting only a strain expressing the modified form of the pilin (Fig 1D). These phages have tail proteins that are distinct from those of phages blocked by pilin glycosylation, suggesting they bind in unique ways. These striking examples, among only a small set of phages tested, suggest there are many more variations on this theme to be discovered. Bioinformatic analyses reveal that genes encoding proteins related to the most common pilin glycosyltransferase in P. aeruginosa are grouped with pilin genes in many bacterial phyla, suggesting that modification of pili with sugars could be a common strategy to deter phage attack at its earliest step.

The paper in Nature Microbiology is here: http://go.nature.com/2zDgkQS 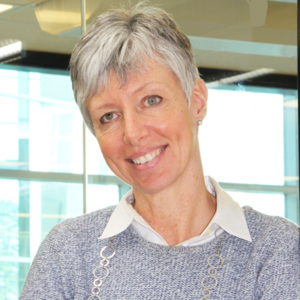