A story about a forgotten freezer box

The paper in Nature Communications is here: http://go.nature.com/2yWJkUF

This paper owes a lot to the wonderfully serendipitous events that sometimes occur in research science. Some 14 years ago, as a fledgling post-doc in Steve Busby’s lab, I was interested in understanding how an AraC-XylS family transcription factors could interact with RNA polymerase to control gene expression in Escherichia coli. Our system of choice was the melibiose operon that is regulated by an AraC-XylS family protein. Other laboratories were working on similar regulators and, of particular relevance to this story, is the laboratory of Lee Rosner and Bob Martin at the National Institutes of Health (NIH) in Bethesda. Together, Lee and Bob were having great success using structural biology, genetics and biochemistry to piece together how the MarA bound to DNA and made contacts with RNA polymerase to control transcription.

In late August 2004, I visited Bob (unfortunately, Lee was travelling) at the NIH to discuss our shared interests in AraC-XylS family regulators. At the time, along with Joe Wade, I had just started to apply chromatin immunoprecipitation in E. coli. Whilst in Bethesda, Bob and I hatched a plan to try such experiments with MarA. At the time, I had zero interest in antibiotic resistance, I just wanted to know how AraC/XylS type regulators worked! Looking back through my notes I can see that Bob sent me a parcel on November 24th 2004 containing the strains and antibodies that would be required for the experiments. I commenced work five days later and initially had some success probing immunoprecipitated DNA for enrichment of known MarA binding sites. I continued working on the project until July 2005 and, although we experienced success mapping global RNA polymerase binding in mar inducing conditions, we were never able to obtain a genome wide DNA binding profile for MarA. At that point, the materials that Bob had sent were stored in the freezer and remained there for almost 10 years.

In March 2015, on a train journey back to Birmingham, I was considering our next grant application and received an email highlighting current funding initiatives. Among these, was a call for grants on antibiotic resistance. I remembered the long forgotten box in the freezer. Several days later Prateek Sharma, a hardworking PhD student nearing the end of his first year, asked about trying some new experiments. This was the impetus to rekindle work on MarA after so many years. I warned Prateek about the problems I’d had back in 2004 but he insisted on trying anyway. He experienced success within weeks. That got the ball rolling and the project has now generated its first publication. Of course, the nicest part of the whole project was getting in touch with Bob and Lee again after so many years. Their approval was the icing on the cake.

You can read our paper here http://rdcu.be/ypZC 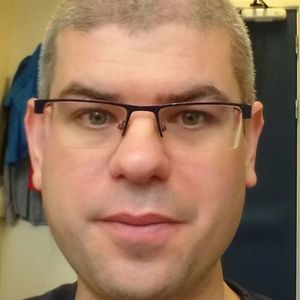