The paper in Nature Communications is here http://rdcu.be/zMxU

Rhizopus microsporus (Mucoromycotina, Rm) is a fluffy mold fungus that can live as an unassuming soil dweller, as a pesky food spoilage agent or even as a serious human and plant pathogen. It can also form an unusual alliance with a bacterium (Burkholderia) which lives inside the fungal cells. Previous studies showed that when these bacteria are removed, the fungus loses its ability to udergo asexual reproduction. This paper began with a simple and exciting discovery that removal of bacteria also prevented fungal sexual reproduction (i.e. mating). We were thrilled – we could now use this system to learn about reproductive genes of Mucoromycotina fungi, which are notoriously recalcitrant to genetic manipulation.

Using transcriptomics, we compared gene expression profiles for fungi with and without bacteria, and identified genes involved in mating. We discovered that expression of ras2, a signaling protein critical for reproduction of higher fungi, was strongly upregulated during both mating and due to presence of bacteria. This indicated the possibility that bacteria were controlling ras2 expression to manipulate fungal reproduction. But what was the link between Ras2 and mating? Ras2 in higher fungi activates signaling cascades associated with partner recognition during mating as well as regulating cAMP levels. cAMP in turn affects mating across the fungal kingdom. We therefore thought that we could restore mating in Rm without bacteria by adding in cAMP. Simple, right?

It turned out that not only does cAMP have a negative impact on Rm mating, but replication of cAMP experiments identified an additional aspect of Burkholderia-Rm biology – Burkholderia control over Rm sexuality was partial. The plot thickened when we learned that bacteria were inherited in less than half of the sexual zygospores produced during mating, whereas they were inherited in 100% of the asexual sporangiospores. It was becoming clear that the story was not as simple as ‘bacteria control fungal reproduction’, instead it now went something like this: ‘bacteria control fungal asexual reproduction and have partial control over fungal sexual reproduction’, or to put simply, ‘bacteria help fungi have sex’.

But why would bacteria gain full control over fungal asexuality and only partial control of sexuality? We think that the explanation lies in theory of how mutually beneficial interactions evolve. The Rm-Burkholderia interaction most likely started out as an unfriendly one, with bacteria acting as parasites of the fungus. However, once the ancestral parasitic Burkholderia could gain control of their own transmission, it would turn them from a foe into a friend (something evolutionary biologists refer to as a ‘parasitism-mutualism shift’). Our work indicated that gaining partial control over sexuality coupled with complete control of asexuality was enough to facilitate the evolution of a beneficial interaction from an antagonistic one. On the other hand, if the zygospores that did not inherit bacteria were unable to germinate, we could actually say that control over fungal sexuality was complete. But we can’t say that yet, because Rhizopus zygospores are remarkably difficult to germinate in the lab…

In addition to elucidating the evolution of mutualisms, studying the role of Burkholderia in Rm reproduction gave us an insight into the reproductive biology of Mucoromycotina. In fungi, recognition of a compatible mate is facilitated by pheromones which are recognized by special pheromone receptors. In Mucoromycotina, trisporic acids act as mating pheromones, but receptors for these are unknown. Our transcriptomic analysis identified 3 such candidate trisporic acid receptors (TARs) which belong to class C G-protein coupled receptors. Using RT-qPCR we confirmed that expression of TARs is upregulated during mating in Rm.  We are now working to explore them further in a closely related model species, Mucor circinelloides.

The paper in Nature Communications is here: http://go.nature.com/2ng1N8Y

-- Olga Lastovetsky, Stephen Mondo and Teresa Pawlowska on behalf of the co-authors -- 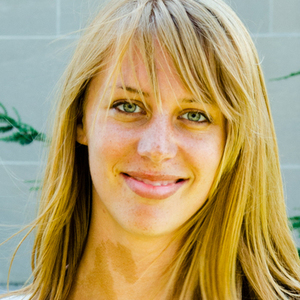