Phages crossing the border to eukaryotes

Is there a gateway for bacteriophages to get access to the interior of eukaryotic cells?

The paper in Nature Communications is here: http://go.nature.com/2iMnEU1

Eukaryotes are continuously exposed to bacteriophages, the most abundant replicating entities in nature. Phages are prominent gene transfer agents in bacteria but are generally not considered to interact with eukaryotic cells. We have discovered that phages can bind to a surface receptor and penetrate into eukaryotic cells. The phages use the endolysosomal route and their DNA becomes exposed. Our observation suggests a mechanism by which the prokaryotic and eukaryotic gene pools may come close to each other.

The work originates from our studies on polysialic acid, a eukaryotic cell surface glycan involved in cell interactions. The same glycan serves as the capsular polysaccharide of Escherichia coli K1 and as a binding site for its capsule-specific phages. We have used the capsule-binding protein of the phages as a tool to visualize polysialic acid on eukaryotic cells. During these studies we came to the idea that if the cells were exposed to whole phages, phages might not only bind to the cell surface but even be internalized. From pure curiosity we decided to perform the experiment. We were lucky to locate the phages in a freezer left in a remote institute our group had previously been working in, but we first had difficulties to recover live phages after more than 20 years of storage. We grew human neuroblastoma cells which we knew have polysialic acid on their surface. The first experiment showed that the phages were bound and internalized from the plasma membrane into the perinuclear region of the cells.

After searching the literature it was clear that we had hit something unique. Although phages are everywhere, interactions between phages and eukaryotic cells are for the most in the dark. We were inspired to address a gap in the knowledge on the interplay of phages with mammalian cells. Our finding may give a new view on the biological and evolutionary relationships between bacteriophages and eukaryotic cells. Phages are fundamental players in the web of life, designed to transfer genetic material of bacteria. It is possible that the interaction discovered provides a gateway for prokaryote to eukaryote gene exchange as well. On an evolutionary scale the exchange is expected to be a rare event, and we did not see penetration of phage DNA into the nucleus under the conditions of our experiment. Maybe future studies will shed more light on this.

Figure 1. Opening the door into mammalian cells. Eukaryotic cells may have surface receptors to which bacteriophages are able to attach. Binding is followed by endocytosis, degradation and exposure of phage DNA within the cell. It is hypothesized that the foreign genetic material may trigger immune responses or if reaching the nucleus its expression or integration into the genome. 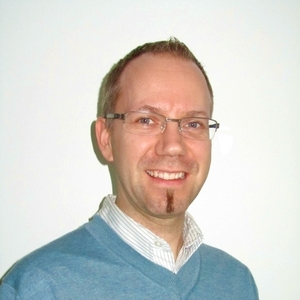