The paper in Nature Microbiology is here: http://rdcu.be/AjoX

When I joined the Grangeasse lab in 2012, it was already clear that StkP was playing a central role in cell division and morphogenesis of Streptococcus pneumoniae.

In agreement with the model based on other studies in other bacteria, StkP was thought to act as a membrane kinase receptor controlling a phosphorylation cascade. In this model, the extracellular domain of StkP, encompassing the four PASTA repeats, was thought to trigger StkP kinase activity through direct binding of muropeptides from the cell wall.

During my master's internship, my goals were to gain mechanistic insights into the activation of StkP and to determine what was the precise role of each PASTA repeats. Rapidly, it became really exciting and some of my early observations, notably that the four PASTA repeats were not equivalent and that the membrane-distal PASTA 4 had "something special", already promised that the situation will be more complex than that proposed in the model. The finding that the kinase activity of StkP can be suppressed in some mutants devoid of native StkP extracellular domain further evidenced that StkP function was not limited to the phosphorylation of endogenous targets. At that time, I was therefore intimately convinced that pursuing such a project would lead us to crack the model and change our view about the role of StkP and other homologs in the regulation of the bacterial cell cycle.

I thus began my journey of PhD and, restrospectively I can't help but compare these last four years to a long "molecular Lego" game in which I deleted, duplicated, swapped, substituted and shuffled PASTA domains and evaluated the impact on StkP activation and pneumococcal cell division and morphogenesis.

To make a long and complex story short and simple, these different mutants revealed that PASTA repeats were also required to define the cell wall thickness at the division septum and the membrane-distal one controls the function of the cell wall hydrolase LytB that is required for final cell separation. More than being a simple kinase receptor, StkP behaves as a master regulator of pneumococcal cell division regulating the function of certain cell division proteins by phosphorylation and also serves as an interaction hub organizing cell wall remodeling and coordinatating it with cell constriction.

New findings open hypotheses and new avenues. StkP is not an exception to this rule! Since the kinase activity is not triggered upon muropeptide binding, what is the nature of the activating ligands? More, is ligand binding even required? Our work also suggest that the special features of the membrane-distal PASTA could be conserved in some other bacterial species. However, what can we expect for the other bugs? Although I have already defended my PhD thesis, my mind is full of wild imaginations and I'm convinced that people enjoying playing molecular Lego will answer these questions in near future. 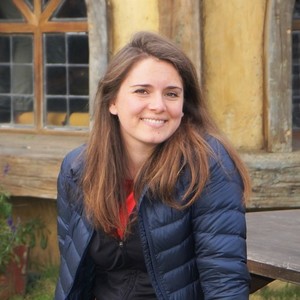