Link to the paper in Nature Microbiology is here: http://rdcu.be/CE2D

Pectin, as well an additive in jams and jellies, is a major component of plant cells walls presenting a huge variability of sugars and a complex structure (see fig 1). This complex polysaccharide appears to be a major nutrient for human gut microbe Bacteroides thetaiotaomicron (or as we affectionately call it, B. theta). This bacterium has several polysaccharide utilization loci (PULs) consisting of a large number of carbohydrate active enzymes, binding proteins and carbohydrate specific transporters upregulated and expressed in response to this specific carbohydrate. At the start of the project, we knew that when B. theta grows on pectin, it upregulates four (more if you include rhamnogalacturonan-II) PULs (Martens et al, PLos Biol 2010). We didn’t know how these PULs work together to break down this branched, complex polysaccharide structure.

The initial aim of this project was to characterise all of the carbohydrate active enzymes and binding proteins involved in the utilization of pectin by B. theta, and use this biochemical information to deduce the mechanisms of the utilization systems as a whole. We started by characterizing the activity of the different enzymes on commercially available substrates but quickly realised that we couldn’t progress without some more defined substrates, so we had to make our own. We used a variety of enzyme combinations to partially digest pectin and purified these breakdown products to use as substrates for other enzymes, and so on. These experiments allowed us to start to build a pectin degradation model. During this investigation, we identified two new activities within existing enzyme families, two completely new families of glycoside hydrolases (GH) and one new carbohydrate esterase family. This challenge of understanding degradation of what was thought to be a pretty well characterised polysaccharide was exemplified by the biochemical characterization of BT0349. This protein, previously annotated as a hypothetical protein, was shown to have a very minor activity on branched arabinan, releasing small amounts of arabinose. This activity was not abolished by any other known arabinosidase tested suggesting that this enzyme was active on another linkage (not described in the literature at the time). By digesting branched arabinan with every other arabinan-active enzyme available to us and purifying the resulting oligosaccharide we were able to identify an β-arabinofuranose decoration to the backbone. This not only represents an example of how we were able to characterize the activity of a founding member of the new family GH146 but also how this work has contributed to better understanding of polysaccharide structure.

Despite the extensive enzyme kinetics it quickly became clear that we could not get a full picture of how B. theta utilises pectin without understand the role of the different proteins “in vivo”. So, we generated several B. theta strains where different genes were deleted or inactivated by mutation of active site residues. By growing these mutant strains on relevant pectin substrates, we identified  key proteins in the different pectin utilisation systems. Our data highlighted the importance of a cell surface endo-acting enzyme in the initiation of polysaccharide breakdown in most PULs we studied. However, the deletion in B. ovatus of BACOVA_05493, a surface enzyme that releases the monosaccharide galactose lead to a loss of ability to grow on galactan. This represents the first report of a Bacteroides glycan utilisation system where an exo-acting enzyme is a keystone enzyme at the cell surface generating products to be transported into the periplasm, even though we still don’t fully understand why this should be.

Using the surface endo-enzyme mutant strains for each PUL in co-culture with wild type B. theta grown on the relevant pectin we demonstrated the extent of cross-feeding interactions between wild type B. theta and a recipient unable to generate oligosaccharides at the cell surface. Our data suggested B. theta releases pectin oligosaccharides during growth which can be utilized by other members of the gut microbiota, possibly increasing species diversity of the human gut microbiota. Once we had established this, we identified a number of Bacteroides species with partial utilisation loci, unable to initiate pectin breakdown at the cell surface but still able to transport and utilise pectin breakdown products. In several experiments requiring long nights, no sleep and many, many agar plates, we were able to demonstrate potential nutrient ‘sharing’ interactions between different members of the Bacteroides genus using pectins as a growth substrate. Hopefully in the future we will expand these experiments to look at how complex glycan degraders like Bacteroides can share across other genera and phyla in the gut, to better understand how what we eat can affect our gut microbes. 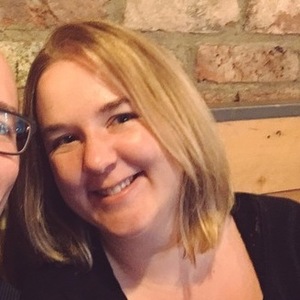