The following authors of the paper contributed to writing this blog: Dr. Jia Chen and Dr. Richard Longnecker.

Epstein-Barr virus (EBV) entry is a complex process requiring the cooperation of multiple glycoproteins and cell surface receptors ultimately resulting in fusion of the virion envelope either by direct fusion with the plasma membrane or following endocytosis. Four viral-membrane-associated proteins have been determined as the minimal glycoproteins for B cell entry using virus free cell-cell fusion. These are glycoprotein 42 (gp42), gH, gL, and gB. gp42 is the tropism determinant required only for B cell fusion and inhibits epithelial cell fusion, indicating different infection mechanisms for these two cell types. The mechanism of EBV entry into B cells has been well characterized.  However, the mechanism for epithelial cell entry remains elusive.

Viral receptor identification is a challenging task and we decided to take a novel more rapid approach using readily available RNA-seq databases to identify potential epithelial cell receptors. We ranked potential receptors by determining the ratio of membrane protein RNAs that only expressed in permissive epithelial cells to that of B cells which are non-permissive for epithelial fusion from high to low.  In doing this analysis, we found EphA2 was ranked as the No. 1 candidate. EphA2 is also the receptor for Kaposi's sarcoma-associated herpesvirus (KSHV), another human gammaherpesvirus.  Sometimes the answer is in front of you but you do not realize it!

We confirmed the function of EphA2 by overexpression of EphA2 which significantly increased EBV infection of weakly permissive cells as well as infection by an EBV reporter virus.  Knock down or knock out of the EphA2 or the use of anti-EphA2 blocking antibodies rendered cells highly resistant to EBV infection or fusion. Rescue of the infection or fusion in EphA2 knock out cells was readily observed with overexpression of EphA2 but not EphA4. Using label-free Surface Plasmon Resonance (SPR) binding studies, we confirmed that EphA2 but not EphA4 specifically bound to EBV gHgL and this interaction is through the EphA2 extracellular domain. The discovery of EphA2 as an EBV epithelial cell receptor has important implications for EBV pathogenesis and may uncover new potential targets that can be used for the development of novel interventional strategies but more importantly we can now assemble the EBV epithelial cell entry complex. 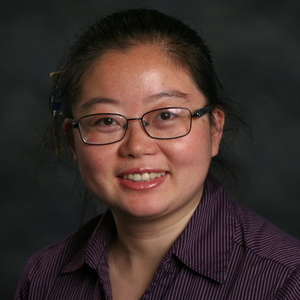 Very interesting scientific story. I read your paper and found as one of the best article published in nature. Currently, I'm studying in a similar research area with lots of twists and turns.