Influenza Virus Vaccines: Past and Future

Is the prospect of a universal flu vaccine in sight?

The Spanish influenza pandemic resulted in the deaths of 50 - 100 million people in the short period of time between the end of 1918 and the beginning of 1919 (1). No other illness or devastating war has claimed as many victims in a comparable timeframe.

A lesser known fact is that smallpox, another viral disease, was responsible for 300 - 500 million deaths in the entire 20th century (2). The fatalities caused by either of these viruses are frightening even when compared with the deaths associated with World War I, World War II, and the ideological follies of communism and fascism. The historical irony is that a vaccine protecting against smallpox was available since the very beginning of the 19th century: if widely administered it potentially could have changed the course of civilization over the last 200 years.

1802 caricature by James Gillray of Edward Jenner vaccinating patients against smallpox using cowpox virus. They feared it would make them sprout cow-like appendages.

Conversely, no interventions were available 100 years ago to protect against the Spanish influenza outbreak. In fact, no one even knew at the time that the disease was caused by a virus; it took 15 years before the nature of the pathogen was elucidated. Very soon thereafter, in 1936, a Soviet scientist A. Smorodintseff passaged a live influenza virus 30 times in embryonated chicken eggs to obtain a live influenza virus vaccine. This live vaccine was widely used for factory workers and was available in some parts of Russia until the end of the 20th century. In the U.S., a killed influenza virus vaccine preparation consisting of two influenza A viruses and one influenza B virus was first used in the 1942-43 season. Unfortunately, the production procedures for both killed and live influenza vaccines essentially have stayed the same over the last 50 years.

All influenza virus vaccine strains were grown in eggs until 2007. Over the past 10 years, tissue culture-grown and insect cell-produced preparations have become FDA-licensed paving the way for a non-egg based manufacturing process.  Earlier improvements had been introduced when 6:2 reassortants with a high yield PR8 virus resulted in better production efficiencies. Also, reverse genetics, a technology to modify and construct vaccine strains at will, has contributed to a shortening of the timeline for the manufacturing of influenza virus vaccines (3).  In addition, different vaccine formulations for different age cohorts, which include the use of adjuvants, have made vaccinations against influenza more efficacious. Despite the availability of these vaccines, influenza continues to take a heavy toll causing serious disease in the population with tens of thousands of deaths every year in the US alone.

Why are influenza virus vaccines less effective than those against measles and polioviruses?

The short answer is: variation. Influenza viruses demonstrate a time-dependent change of the immunodominant epitopes on the outer most part of the virus (the tip of the hemagglutinin protein on the surface of the virion). Changes in the head of this glycoprotein accumulate within a couple of years so that immune protection engendered by vaccination (or natural infection) is insufficient against emerging novel variants. This variation is made possible by the structure of the hemagglutinin which tolerates amino-acid replacements in the head to a greater degree than in the stalk. The restriction of variation in the stalk - and in essence, in the rest of the virus - is caused by the functional requirements of the viral proteins. On the other hand, measles and poliovirus surface proteins do not tolerate changes to the extent that the tip of the immunodominant hemagglutinin does. Thus, these latter viruses have not undergone significant variations over the last sixty years. The challenge is:  can we make an influenza virus vaccine construct which presents the conserved domains of the virus to the human immune system in order to induce a protective response?

Acceptance of current influenza virus vaccines faces at least two hurdles.  The first problem is that every year the vaccine formulations must be changed and re-administered to provide protection against circulating strains. This is not only inconvenient but it also contributes to the cost of this vaccine over a lifetime. Furthermore, the current vaccine formulations are not optimal for providing full protection against the circulating variants every year. The second problem is the growing anti-vaccine sentiment with many groups emerging across the world that oppose vaccination. These “anti-vaxxers” represent a wide-spectrum of opinions ranging from individuals who are genuinely afraid of vaccines to those who refuse vaccination on the grounds that mandatory vaccinations violate his/her rights to care for their body how they choose. In between, there are people who follow false prophets (e.g. Andrew Wakefield who incorrectly claimed vaccination to be the cause of autism) or those who just show a general indifference or apathy towards vaccination.

Over the past 5 to 10 years, approaches for such a vaccine have relied on technological advances. One approach is based on silencing the immunodominant epitopes on the head of the hemagglutinin, thereby redirecting the human immune system towards the conserved stalk of the viral hemagglutinin as well as towards the conserved secondary surface glycoprotein of the virus, the neuraminidase (4). If the titers of the immune response against these parts of the virus are high enough to provide protection against different variants, and if the response is long-lasting, this would represent a truly universal influenza virus vaccine with properties similar to those observed for vaccines against measles and polioviruses.  Such influenza virus vaccine constructs are presently in Phase I/III clinical trials.

Other approaches focus on engineering vaccine constructs that consist only of the stem/stalk of the hemagglutinin (5,6). Again, the question will be whether the protective titers will be high enough and long-lasting to make this an effective vaccine. Finally, vaccine constructs which are based on computational algorithms may become available to provide long-lasting protection in the future (7).

As of December 19, 2017, the ban on gain-of-function experiments involving influenza, SARS, and MERS viruses has been lifted. The revision to this crippling regulation will not only change the atmosphere around work leading to safe and universal influenza virus vaccines, but would also open up avenues for the development of better vaccines (and more vaccines in general). At present, there are many viral/bacterial diseases for which we do not have any vaccines. While safety is obviously the number one issue in developing new vaccines, the removal of obstructive regulations such as the GOF will be most beneficial for the scientific community in driving the development of new vectors and new animal models. The GOF restrictions have had a dampening effect on our research community with ramifications that affected crucial work beyond the actual “forbidden” experiments. Therefore, it is a welcome change which will hopefully have a major impact on the development of safe and effective vaccines for the future. 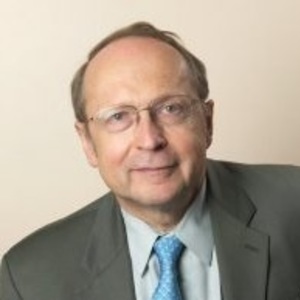 Professor and Chair, Icahn School of Medicine at Mount Sinai

I am a Professor of Microbiology and the Chair of the Department of Microbiology at the Icahn School of Medicine at Mount Sinai. My research is in the area of RNA-containing viruses, with a special emphasis on influenza viruses. Specifically, my colleagues and I established the first genetic maps for influenza A, B, and C viruses, identified the function of several viral genes, and defined the mechanism of neuraminidase inhibitors (which are now FDA approved antivirals). We were also among the first to develop reverse genetics for negative strand RNA viruses, which we used to reconstruct and study the pathogenicity of the highly virulent 1918 pandemic influenza virus.
Follow

Tim Gower
over 3 years ago

Thank you for this fascinating article, Dr. Palese.

Flu Junk
Contributor
Behind the paper, Centenary of 1918 influenza pandemic

100 years since the Great Influenza Pandemic

Collection: Centenary of the 1918 influenza pandemic