How stable is the gut microbiome?

Researchers from Harvard studied how stable the gut microbiome was among 300+ adult male individuals living in the US.

As evidence linking the intestinal microbiome to health and disease grows, it is increasingly important for us to understand which microbes truly drive disease pathogenesis (“drivers”) rather than proliferate because of disease (“passengers”). Thus, many scientists are engaged in efforts to prospectively characterize the gut microbiome prior to the development of various outcomes. Central to such efforts is a better understanding of the stability of metagenomic and metatranscriptomic features within a given individual over time to determine its utility as a long-term biomarker of incident disease. In our recent study, we tackled these questions by deeply characterizing nearly a thousand stool samples collected from 308 adult US male participants enrolled in prospective study over a 6-month period.

Our first task was to compare the stability of species, genes, and transcripts in the gut microbiome.  At first glance, this may appear straightforward. However, the task was more complicated upon closer examination.  Perhaps the biggest analytic challenge was finding a measure of stability that could maximally capture variation within our zero-inflated relative-abundance dataset. Ultimately, after rigorously considering various analytic approaches, we settled on Bray-Curtis scores, finding that gut organismal composition and metagenomic profiles remain highly personalized over time while metatranscriptomic profiles were much more variable making them nearly indistinguishable from one another.

These findings sparked much internal discussion and generated many questions. In fact, one of the most demanding yet enjoyable aspects of leading this project was serving as an interpreter, learning to speak the languages of bioinformaticians, epidemiologists, basic scientists and physicians. As a clinician, I was particularly interested in the host and ecological factors that promote gut microbiome stability.  We found in our study that recent antibiotic use or bowel prep for colonoscopy led to major shifts in the gut microbiome, which is consistent with other reports. In addition, we were intrigued that the vast majority of instability in the metatranscriptome can be explained by instability in the metagenome.  We postulate that this might reflect changes in proliferation of microbes, introduction of new species, or host-induced shifts in community structures.  Meanwhile, Galeb Abu-Ali, the lead author on the companion manuscript, chose to further characterize our initial finding of a “core” metratranscriptome.  He explored which pathways were most stable as well as most variable.  Our team-based approach – asking different questions of the same dataset – made the project stimulating, rewarding, and fun.  In the end, it was a perfect example of the importance of “team science” to make progress in this exciting and complex area of science.

Moving forward, this study lays the groundwork for large scale, population-based stool collections.  We showed that components of the gut microbiome, as measured in stool samples at a single time-point may provide a suitable marker for prediction of disease.  Our study also provides insight into the factors that promote stability. Finally, beyond our scientific contributions, our study illustrates the importance of multidisciplinary collaboration and teamwork.

The paper in Nature Microbiology is here: http://go.nature.com/2DelaXI 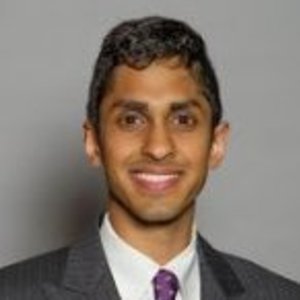