Jump in and shout Eureka! Sometimes you’ll be right.

A fundamental study in a model organism led us to a completely novel secretion phenotype in clincal strains, with important biological implications.

The paper in Nature Microbiology is here: http://go.nature.com/2FFdJpU

Five years ago, we were screening a transposon-mutant library of the model organism Mycobacterium marinum to identify new ESX-5 mutants that did not secrete the so-called PE_PGRS proteins. After several failures to succeed in a more applied PhD-project, this fundamental work was a much needed shift and sparked hopes that it might be achievable to mount the PhD hurdle at some point in the distant future. Our screen allowed us to identify the expected new ESX-5 mutants, but we also identified a mutant in a substrate of the ESX-5 system that blocked the secretion of a specific group of other ESX-5 substrates, known as the PE_PGRS proteins. This gene had also popped up in another screen three years earlier, but we still struggled to understand the role of its product: PPE38.

A breakthrough in the project came half a year later and was one of those rare ‘Eureka moments’. The supplemental materials of the McEvoy et al. 2009 paper described truncations of both ppe38-copies in the hypervirulent modern Beijing isolates. This fitted in remarkably well with two previous findings of our group: (i) an ESX-5 deficient strain of M. marinum was hypervirulent in adult zebrafish (Weerdenburg et al. 2012) and (ii) some Beijing isolates did not show PE_PGRS secretion. This last observation was from a single immunoblot made by a MSc intern who visited the Warren/Gey van Pittius-group. The outlined project did not work, but the final blot of her internship on PGRS secretion in different M. tuberculosis isolates seemed interesting, but at the time was without follow up. Suffice to say there was room for speculation and enough belief that we might be able to connect a number of surprising findings.

At this point it should be mentioned that many exciting hypotheses had actually preceded this one. These turned out to be utterly wrong in all cases. Furthermore, by connecting the surprising results, we would apparently be contradicting a large body of literature. It therefore still feels surprising that, four years later and after building a wonderful collaboration spanning four continents, many of those initial hypotheses have been able to withstand scrutiny and indeed started to make more sense with the appearance of more insights. Even more surprising was that for once all our ideas, even the complementation of strains that had been without PE_PGRS secretion for centuries, seemed to work as expected. This has resulted in a paper that we feel will change the way we look at the PE-PPE proteins of mycobacteria. Our findings show that there is much more phenotypic variation in protein secretion of M. tuberculosis than was previously assumed. The specific secretion defect of PE_PGRS and also PPE-MPTR proteins, the most recently evolved subgroups of ESX-5 substrates, in the ppe38-mutated strains also opens the door for a more holistic approach to study these proteins. Thus far, these proteins have been considered as virulence factors. Our results challenge this dogma, since blocking the secretion of these proteins increases the virulence of M. tuberculosis and they may therefore function as anti-virulence factors.

In the meantime, I hope we will continue to find the time to browse the supplemental figures and tables of each other’s work and get overexcited when we formulate a new idea based on those data. And I wish that you will have (or are) such amazing supervisors and colleagues as I had, who will challenge those ideas, but will also support their investigation. It was an amazing challenge and opportunity to be given the responsibility and trust to set up and maintain our inspiring international collaboration between the Warren, Hernandez-Pando, Brosch, Pain and Bitter labs. The celebration of conditional acceptance of our work in Nature Microbiology, with such great supervisors and colleagues was one of the most rewarding moments of my early scientific career. 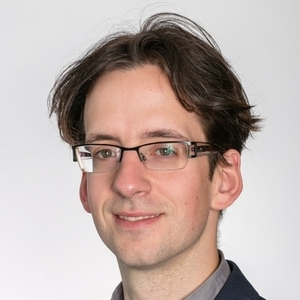 Maria-Guillermina Casabona
over 3 years ago

Great work! Really enjoyed reading both the blog and the manuscript.

Louis Ates
over 3 years ago

Thank you very much for your kind words Maria-Guillermina!